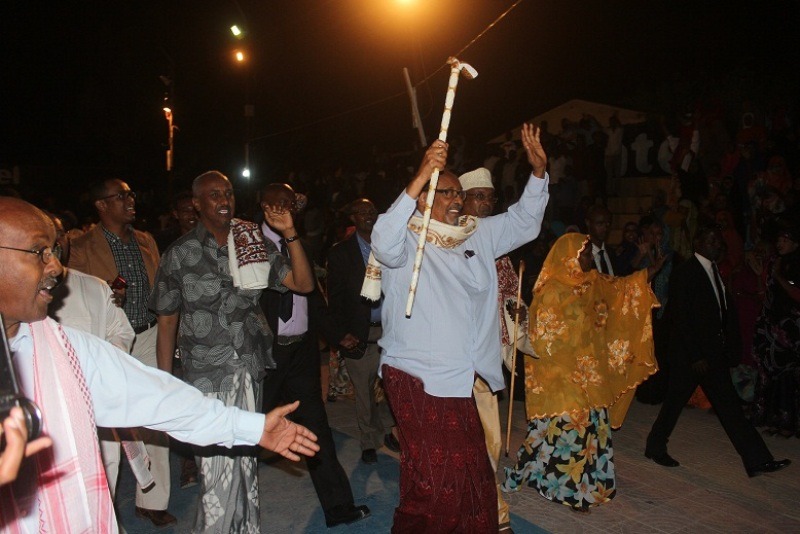 Hargeisa (HAN) June 9, 2014. Security update news. Somaliland political leader faces ‘credibility gap’. Prevailing peace in Somaliland is as a result of the maturity of the people, but needs to maintain, according to the interior Minister of Somaliland the elder’s conflict resolution committee which was in talks with the rebel Bihi led faction during the press briefing released its recommendations to maintain strategic goals of the land.

The IGAD2020 Regional security consultant and Somaliland observer believes that  the current security and other related issues  in Somaliland needs to develop a stronger game plan to target ant-peace group, and bring Somaliland  security forces up to the task of maintaining the peace to protect assets, people and regional supply lines. 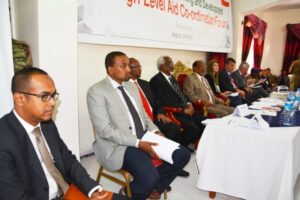 M. A.  Cige sent this note:  Once more the country has lived up to its name and expectation hence the homegrown re conciliatory tradition has won the day. The deep factional cracks that threatened to split the ruling Kulmiye party is now no more, thanks to the elders once again.
Following move by perpetual tension detonators to intervene, the issue that arose upon the tabling of ruling party’s Third Convention Resolution has now been well addressed.
Better still, both sides that had contended some plights have welcomed the decision of the arbitrating elders team. The sixteen man Elders arbitration team led by the Speaker himself, his two deputies, the head of the all-powerful Permanent GURTI Committee and four other house committee chairmen, amongst others, made their decision known at a venue that was graced by the attendance of both factions.

The elders thus judged the preparation organizing committee’s constitutional report as valid hence gave the verdict of the ruling that the work of Hon. Adami’s team was as per constitution hence validated by the Political Parties Registration and Verification committee.
The Elders further said that any aspirant for the Presidency slot may vie for it if he/she was in line with the party’s regulation and could satisfy needed conditions.
The wise elders at the same time ordered the release of all persons jailed or apprehended for misdemeanors that were catalyzed or were as a result of the sharp differences that hitherto occurred.

He said, “We apologize to the members of the public for having taken three or four days to reach our decision”, but added, “because of the fragility of the matter and the caution it deserved”.

He explained that they had first informed both warring factions that the Elders had set up a committee to delve into their belligerence hence asked them (both) to nominate representatives to enter the arbitration hearing.

The elders thus appealed to them to accept their Elders verdict

The speaker further propped his colleague, the respected veteran elder who happens to head the GUURTI Permanent Committee Haji Abdikarim Hussein to give his wise sentiments before the reading of their verdict.
Hon. Haji Abdi echoed his boss’s words hence impressed upon the parties to accept their decision and the need to have peace and stability maintained. The Elders made it clear that they came to their decision after having scanned and perused in details:
1. Article 19, part II, section I of the Kulmiye party regulations.
2. Article 14, section 25 parts 4 and 5 of the Political Parties and Verification Committee rules.
3. The Political Parties and Verification Committee ruling and guidelines in a letter dated 31st May 2014 of Ref. No GDU/AA/206/2014
4. The rulings made by an internal Kulmiye party reconciliatory task force (named by the Head of State) on the 22nd of February as per their Accords No. 5 and No. 6 after a five week period of deliberation.

It was constituted on the 1st of January 2014 by the President.

The Elders made it quite vivid that they had to intervene and made a ruling to counter the disintegration of the ruling party.
The same fact was made clear earlier on by none other than the speaker himself when he told the GUURTI in the Upper House upon naming the GUURTI team that what “happened to UDUB shouldn’t recur” under their watch again.

The Upper House of the National Assemblies Parliament have for over a dozen times over double the same number of years been credited with detonating similar or equally sensitive political issues that has seriously threatened the breach of public security in the country.

In other words they have both literally and practically created the essence of SL hence have been the powers to reckon with that Western analysts has come to sentimentally label “Africa’s Best Kept Secret” in world political affairs; because of the now trademark homegrown conciliatory efforts of/with landmark systemic pacification stability.

The following are the 16 member of Somaliland Elder team who signed the ruling: