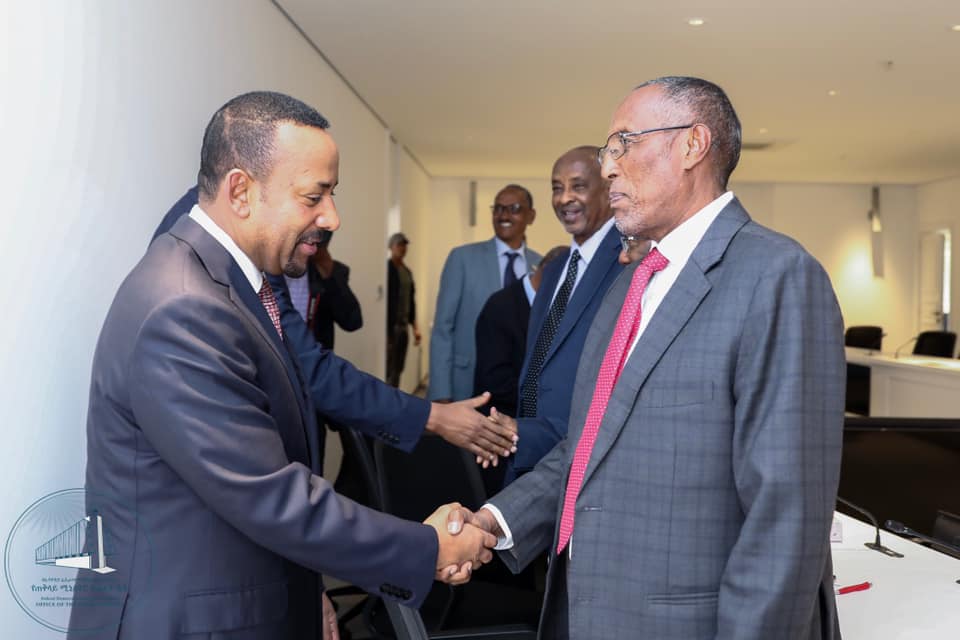 Prime Minister Abiy Ahmed received at his office today the President of the Somaliland Administration H.E. Muse Bihi Abdi and his delegation. The two parties discussed and agreed on a number of key points including strengthening their people to people relations; ensuring the wellbeing of Ethiopians in Somaliland and working in unison on matters of peace and security. H.E. Muse Bihi Abdi acknowledged the strides being made by Prime Minister Abiy towards regional integration and accepted the Prime Minister’s call to further strengthen the close working relationship between the Somaliland Administration and Federal Government of Somalia. Relatedly, agreements have been made to undertake one-to-one and bilateral discussions in the future. In concluding their discussions, the two parties also discussed on ports utilization and other economic ties.

Office of the Prime Minister-Ethiopia