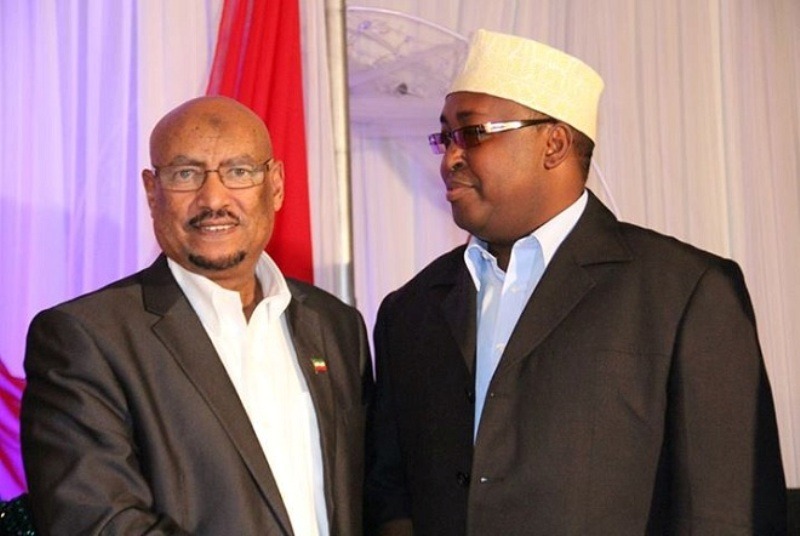 Stockroom (HAN) August 6, 2014 – Regional security and public diplomacy news. Numerous Somali militants images of Al-Somali origin have recently emerged in Iraq, showing them posing alongside an international group of jihadists – including faysal Ali waraabe’s Son, a former presidential candidate in his native Somaliland. Faysal Ali Warabe , confirms to BBC Somali service that he is the father of a Finnish jihadist appearing in a propaganda video by the militant fundamentalist group of Islamic State in Iraq.  Faysal Ali Warabe says he contacted Finnish police intelligence  in the past to report fears that his son was becoming radicalized to mitigate any threats and to stop travelling overseas to join jihadist.

A Finnish-Somali politician has confirmed that a young man appearing in a jihadist propaganda video which was published online this weekend is his son.

Faysal Ali waraabe told Yle his son gradually began to be radicalised in 2010. Warabe says he contacted Finnish police to try and have his son’s passport confiscated, but claims they refused because the son did not have a criminal background.

”Through the computer he turned towards Islam,” Warabe said. “The imams who live in Finland are good, they try to teach young people how to behave well and are against radicalisation.”

In June Helsingin Sanomat reported that an Espoo man of Somali background had died in Syria. Faysal Ali Waraabe said that this man was also a relative, the cousin of his son.

”We believed in our child, but some people have now radicalised him,” Warabe said.

The ISIS jihadist organisation of Islamic Cliphate State in Iraq, has become one of the main Islamist militant groups fighting against government forces in Syria and Iraq. One month ago the group, then known as ISIS, announced that they had established an Islamic state across the two countries.

According to the Finish intelligence and security services, around 40 people have left Finland for Syria. However, there are many parties to the conflict and there is no information as to how many of these may have joined the Islamic State militants. uutiset