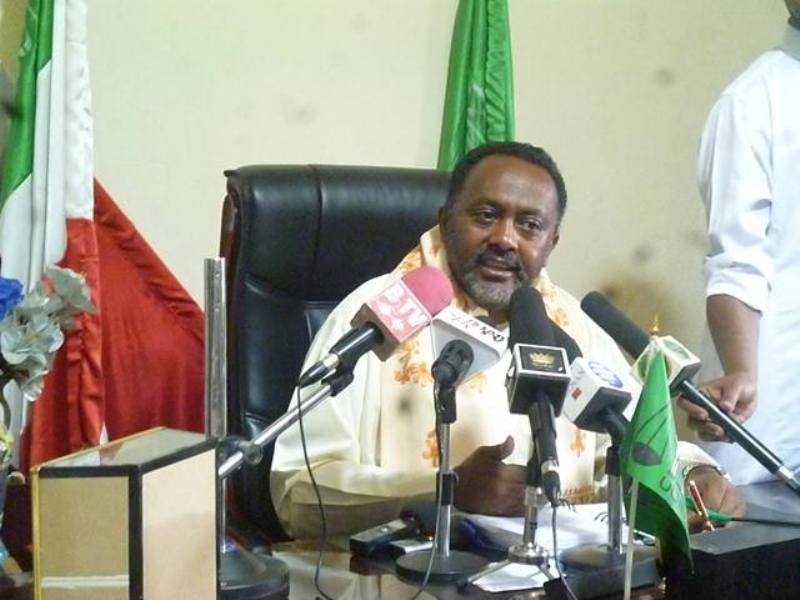 A delegation of Justice & Welfare Party UCID who is on working visit to Sweden has met with the mayor of Vasteras Mr. Andres Teljeback. UCID delegation is headed by Mr. Said Omar, a senior Justice & Welfare Party has held in-depth discussions with Mr. Andres that lasted for hours and spoke about the possibility that the town of Vasteras should have working ties with Las Anod, Sool’s provincial capital.

According to Geeska Afrika Online reporter in Stockholm, Said Omar has submitted to the mayor about full report giving a full picture of the nationwide tranquility, democracy and the upcoming general elections that is due to take place in mid 2015 in Somaliland. Mr. Andres Teljeback, the mayor of Vasteras has received a present from UCID delegations and expressed that he was happy about it.