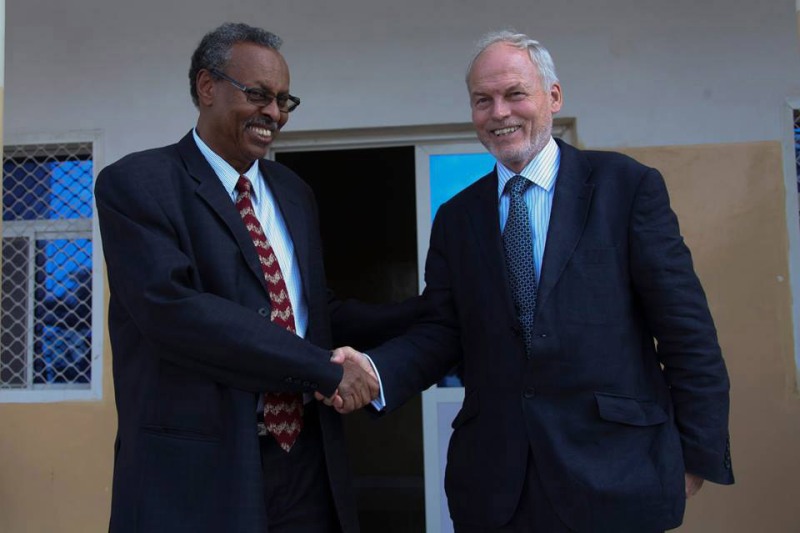 The Special United Nations envoy in Somalia, Nicholas Kay pledged to step up the world body’s support for peace and progress in Somaliland during a visit to the region, which declared itself independent in 1991.

“Somaliland has made tremendous progress in the last years, for which the Government and people deserve full credit,” Nicholas Kay, the Secretary-General’s Special Representative and head of the UN Assistance Mission in Somalia (UNSOM), said as he arrived in the capital, Hargeisa.

“I am grateful for this opportunity to visit Somaliland to explore how we can deepen and strengthen the cooperation between UNSOM and the Somaliland authorities for the benefit of the people,” he added.

Mr. Kay will meet with President Ahmed Mohamed Mohamud Silanyo, as well as other Government officials, to discuss opportunities for the UN to increase its engagement in support of peace, stability and progress for the people Somaliland.

UNSOM, established by the UN Security Council in June of last year, is mandated to support the Federal Government of Somalia with its peace and state building agenda, including the federalism process, review of the provisional constitution and elections in 2016. It also works to strengthen Somalia’s security sector, promote respect for human rights and women’s empowerment and assist in the coordination of international assistance.

Mr. Kay’s visit to Somaliland follows a stop yesterday in the semi-autonomous region of Puntland, where he participated in a ceremony to mark the first anniversary of UNSOM in the state capital, Garowe.