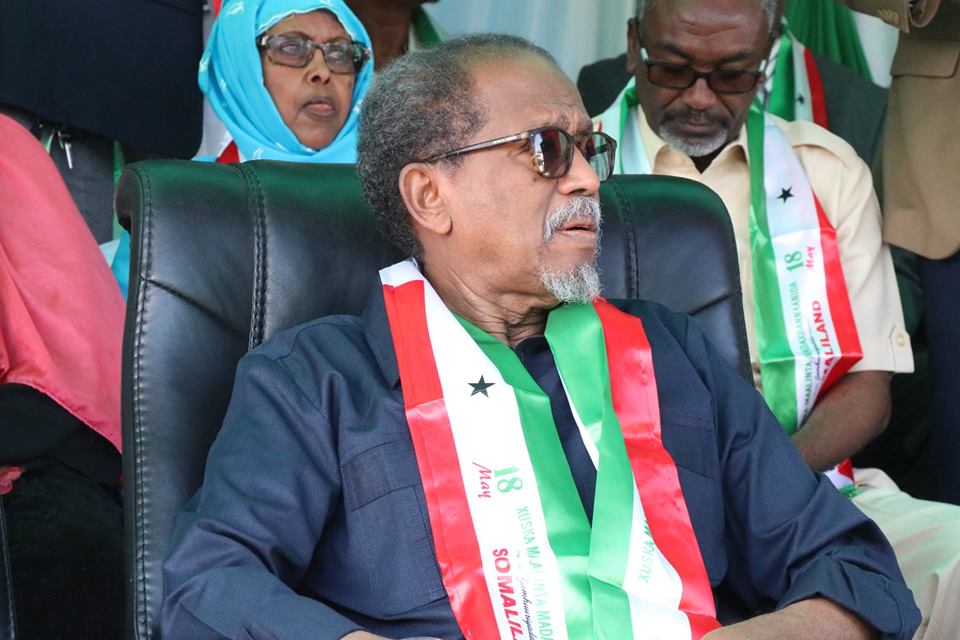 Prominent politician played a key role in the formation of the Government of Somaliland Ali Khalif Galaydh, the leader of Khatumo State. Former Somali Prime Minister Ali Khalif Galayr has passed away in Jigjiga, the capital of the Somali Regional State of Ethiopia on Thursday. He was 78 years old. Before Dr. Ali Khalif Galaydh Died is was in Peace talks with Somalilland. During the meeting Ali Khalif Galaydh unveiled the was seeking peace with the breakaway Somaliland following years of intense fighting and hostility in the northern Sool region.

The meeting is first of its kind since President Bihi took power and it was said to have focused on the government’s implementation of the 2017 agreement signed in Caynaba, according to source close to the matter.

It was the previous Kulmiye government of Ahmed Silanyo that signed the agreement with then Khatumo State’s leader, Prof. Ali Khalif, about 3 years ago, the agreement is yet to be fully implemented.

President Bihi and Mr. Galaydh discussed the implementation of the six-point agreement in depth, with Mr. Galaydh encouraging the president to open the Somaliland constitution, step he hopes would address widespread injustices, according to the sources.

The meeting between President Bihi and the former Khatumo leader took place behind closed doors, and its not known what the next steps are in implementing the agreement.

August 2016, the Somaliland government and the self-declared autonomous Khaatumo State of Somalia (‘Khaatumo’) held a series of discussions in an attempt to improve regional relations. Despite previous failures, the latest round of talks appears to have a far higher probability of reconciling the two parties and laying the foundations for stability in the disputed Somaliland, Puntland and Khaatumo borderlands. Political milestones such as the upcoming 2017 Somaliland elections are directing the actions of the key leaders, with Somaliland President Ahmed Mohamed Mohamoud Silanyo (‘President Silanyo’) seemingly succeeding in integrating recent reconciliation efforts into Somaliland politics. Furthermore, the recent talks have been quickly followed by several supportive developments. These include the surrender of 250 Khaatumo troops to Somaliland forces, an amnesty declaration for all Khaatumo politicians working for the government in Mogadishu, and the inclusion of a handful of Khaatumo politicians in Silanyo’s new cabinet. These have bolstered the legitimacy of the ongoing peace talks, demonstrating growing unity between the two administrations. Overall, the outlook for stability in the disputed borderlands has improved, with significant steps being taken towards reconciling relations in the region.

Khaatumo remains a contested area, with Somaliland and Somalia’s semi-autonomous Puntland state both laying claim to the strategic region. Furthermore, in 2012, the sovereignty of the region was further disputed by the emergence of Khaatumo, a ‘state’ established by factions within the Dhulbahante clan eager to secure greater political representation and influence. These multiple and competing administrations have created localised instability and conflict.

However, Silanyo’s latest actions point to a renewed commitment to resolving at least one of these disputes diplomatically. Silanyo, who has served two terms and who is suffering from ill-health, is facing elections that he will unlikely contest in March 2017.  President Silanyo has been left with little time to shape a worthy legacy and reconciliation with Khaatumo will offer the incumbent a much desired political milestone. President Silanyo has asserted his desire for “political reconciliation of [Somaliland’s] eastern regions” both this year and during his 2008 presidential campaign when he promised to initiate negotiations with militias operating in the contested Sool, Sanaag and Cayn (SSC) region. With limited time left in power, the recent change in attitude towards Khaatumo may be an attempt by incumbent President Silanyo to achieve a standalone place in Somaliland’s political history. 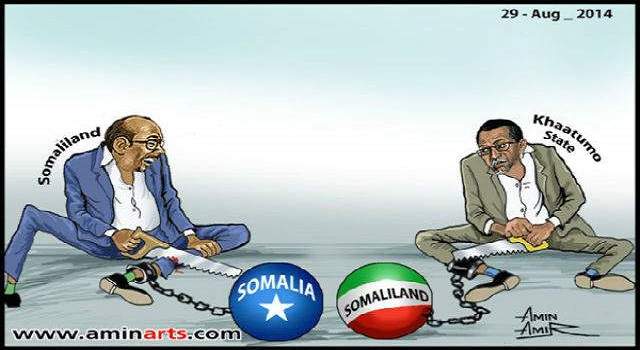 Khatumo is derived from an Arabic term meaning a “positive conclusion.” The administration’s stated aim is to bring development and stability to the region through the establishment of a locally based government. Historically, the Sool, Sanaag and Cayn (SSC) regions of Somalia served as the seats of both the Warsangeli Sultanate and the Dervish State.

Control of the territory is disputed between Khatumo State (formerly HBM-SSC or Hoggaanka Badbaadada iyo Mideynta SSC), the autonomous region of Somali Puntland, and the republic of Somaliland.The most popular slogan among official Khatumites is midnimada which roughly translates as unity. Many inhabitants previously self-referred as being denizens of SSC, although now it’s mostly KS (Khatumo State).

In 2012, the Khatumo State administration was finalized after a series of domestic and overseas conferences beginning in 2007 between prominent political figures, traditional leaders and local residents. The territory’s capital was initially at Taleh Since August 2014, Las Anod serves as Khatumo State’s declared administrative center.