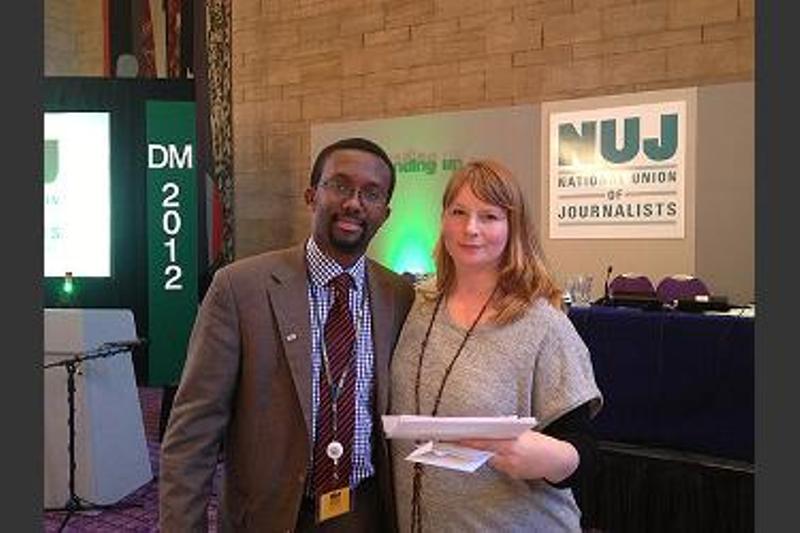 Djibouti (HAN) May 3, 2014. Your Power & Influence Online Magazine: Geeska Afrika Online. PRESS RELEASE  Update- Editors’ note: We received numerous responses to this article, part of the Voices from the Horn of Africa series, taking issue with the author’s assertions. To further the discussion, we have published two of the responses, including one by a former U.S. Ambassador to Ethiopia About Somaliland’s regional security.

The Somaliland security policy is applied as a result of failure of repeated warnings from the wrong actions by the Haatus news Chief editor  Gaboobe.

PRESS RELEASE: The National Union of Somali Journalists (NUSOJ) is worried about the Somaliland administration’s decision to intensify its campaign to suppress and intimidate Haatuf newspaper by blocking access to its news site haatuf net in Somaliland.

The banning of the news site – which also targeted news site of Haatuf’s sister paper www.somalilandtimes.net – was reportedly ordered by Hargeisa’s Marodi Jeeh Regional Court on 16 April and was promptly effected.

“We condemn this ban on news sites which provide alternative sources of news and opinion, and call on Somaliland to stop Internet censorship against Haatuf and Somaliland Times,” said Omar Faruk Osman, NUSOJ Secretary General.

The blockage is the latest evidence of what independent media see as a clampdown on critical media and particularly the Internet, a platform for dissenting views.

“This Internet censorship violates the right to freedom of expression, including the freedom of information of the people of Somaliland,” added Osman.

Both news sites had been publishing reports critical of the Somaliland presidency and ministers, even after Haatuf newspaper was closed down.

On 7 April 2014, the shutdown order against the independent daily newspaper Haatuf was implemented by Somaliland police after being issued by Marodi Jeeh Regional Court in Hargeisa.

According to Haatuf newspaper, some hundred police forces came to the headquarters of the newspaper and ordered journalists and media workers to vacate.

Police still occupy the premises of the newspaper.

It is widely believed that the closure of the newspaper was caused by its coverage of Somaliland ministers’ activities.