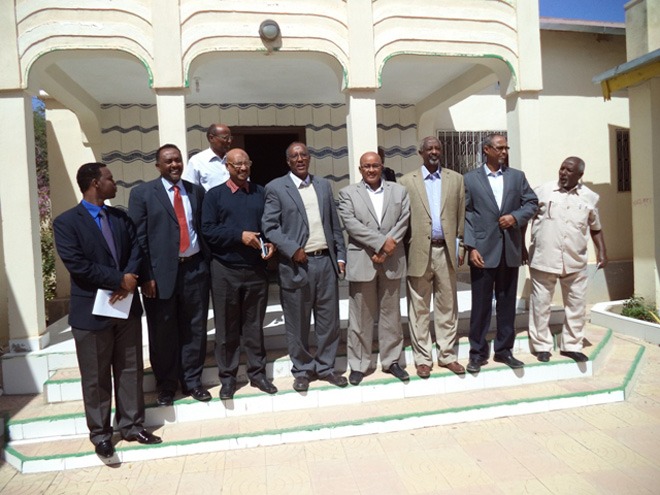 In a press conference the NEC has held at their headquarter in Hargeisa, said after considering the current deadlock over when elections can be held in Somaliland and the dispute over the Somaliland’s House of Elders – Guurti decision to extend for another 18 months for the term in office for the current government its 5 year term has ended. The NEC has decided to start the voter registration on this Tuesday the 21st of July.

“In order to have free and fair elections, the NEC is ready to take part in ending the political dispute over when elections can be held and bring together all sides the elections are concerned” said the chairman of NEC who also referred to the process they have undergone since their appointment as the new National Electoral Commission replacing the old one.The NEC has acknowledged the deadlock over the elections and their role to end the dispute over the election date by announcing the voter registration in earnest.

However the exact day of elections remains unknown while the crisis relating to the extension term in office for President Siilaanyo for another 18 months in office deepens tension. The NEC also explained their role even though they didn’t challenge the Guurti decision which contradicts their role as independent and the right body that can schedule an election date.

The Somaliland National Elections Commission consists of seven members, three were nominated by the ruling party, two by the opposition parties and the two remaining by the House of Elders – : Somaliland Sun