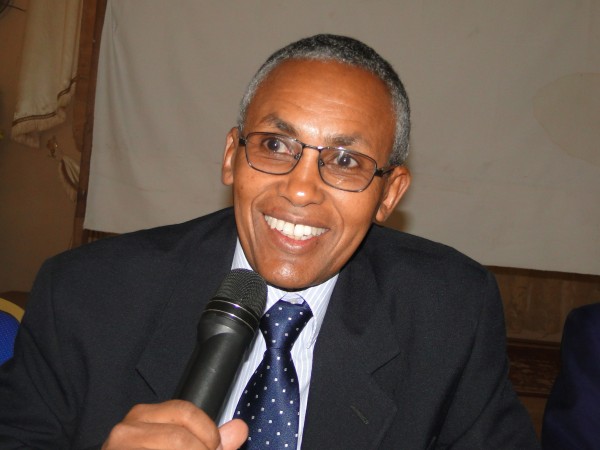 Hargeisa (HAN) 12th March, 2014 – A Somaliland delegation led by Somaliland minister of National planning Dr.Saad Ali shire traveled to Ethiopian Four Months months ago to the Ethiopian Capital Addis Ababa; to inform international community representatives in Ethiopia, As a Somaliland Administration in Hargeisa declines to receive Funds Channeled through a third Party State, such as the The Federal Government of Somalia, based in Mogadishu. Three Months ago, while he was leaving through Egal International Airport, The minister mentioned that he is s going to meet donors and World Bank to officialy explain, Somaliland policies and strategy. The National planning minister added that this meeting comes hot in the heels of the previous donor’s conference held in Hargeisa. He added “We are going to meet the EU, World Bank officials and some donor’s countries diplomats who include the Germans, US, and Qatar embassy,” Mr. Saad said.

By Osman A. A. Original published Somaliland sun. The Article started as follows: Somaliland is a sovereign nation which is bordered by three other independent countries namely Djibouti, Ethiopia and Somalia This was stated by the Somaliland planning minister during a press conference in his Hargeisa offices where he informed that the Government has declined to engage a third party State when it comes to donations/aids meant for its development projects. National planning minister Hon. Dr. Saad Ali Shire while responding to documents forwarded by African Development Bank (ADB) has insisted that the administration shall not receive aid that has been channeled via the Federal Republic of Somalia emphasizing that ADB should follow suit of other donor communities when dealing with Somaliland by financially engaging them directly without the hands of another country. While dispatching a signed press release to media houses Dr. Shire reaffirmed upholding the clauses of prior contract that his administration has entered with the ADB which was to the effect of directly channeling the monies to Hargeisa’s administration not Mogadishu’s.

In the press release the minister stated,” Following the advert appearing on African Development Bank’s website dated 7th March 2014 states that the ADB shall avail funds for monitoring and evaluation of past two years projects impact in somaliland to the Somalia federal Government in Mogadishu for its subsequent disbursement to somaliland authorities in Hargeisa”

Dr. Shire was clear that the Somaliland Government would not receive the monies which have passed the hands of the corrupt regime of Somalia’s Government contrary to the prior agreement of their contract with the Bank as he stressed on the fact that Somaliland was sovereign country and should be treated as such and to the contrary do away with the handouts passed through Mogadishu.
“Though we welcome good gesture of the continental financial institution in undertaking part in various development projects in our country we shall however not accept receiving funds from any third party nation whatsoever” roared Dr. Shire to the eyes of the world. The minister reminded any State or institution that wants to take part in development initiatives in Somaliland to engage it directly rather viewing it to be under the apron of its former partner now turned foe.

–
Opinion Contributed to Geeska Afrika Magazine Online By Osman A.M. – Somaliland SuN – The Note Sources expressed in this article do not necessarily represent the views of Geeska Afrika Online, HAN, Editorial Board, www.geeskaafrika.com or our global writers and reporters. The views are solely that of the source. The copyrights of reprint, comments and distribution reserved. All information displayed on this page (dispatches, photographs, logos) are protected by intellectual property rights owned by Geeska Afrika Online & HAN. As a consequence, you may not copy, reproduce, modify, transmit, publish, display or in any way commercially exploit any of the contents of this section without the prior written consent of Geeska Afrika Online (1985 -2014) at: news@geeskaafrika.com or han@geeskaafrika.com – HAN & Geeska Afrika Online (1985-2014), The oldest free independent Free Press in the region, brings together top journalists from across the Horn of Africa. Including Ethiopia, Somalia, Eritrea, Sudan, Djibouti, South Sudan, Uganda, Kenya, Oromo, Amhara, Somali, Afar and Harari. Plus, we have daily translations from 150 major news organizations in the Middle East and East African regions. news@geeskaafrika.com