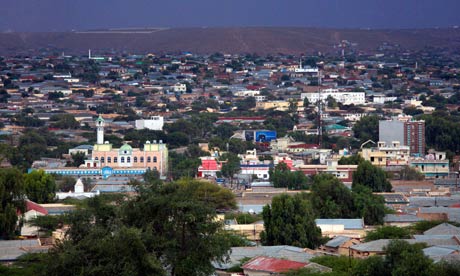 HARGEISA (HAN) June 8.2016. Public Diplomacy & Regional Security News. PART TWO: Written by: Mohammed Dahir Ahmed. In part two  I would eyeball at  the  Economic pillar which is one of the five pillars of the Somaliland National development plan (2012-2016). Mainly I will scrutinize the soundness of its baseline assumptions,targets,achievements and areas it was short of target.

When this plan was under development,the Ministery of planning estimated Somaliland Gross domestic product of  $1.05 billion in nominal terms and $2.01 billion in purchasing power parity basis (PPP) terms., with a population of 3.5 million and average nominal per capita income of $300 and $600 at purchasing power parity. Further it has estimated agriculture including livestock account 65% of  GDP,services sector 25% and Industry sector 10% of the GDP. It has considered that part of the populaton in the age group of 15 to 64  whom are available for work as an economically active population and this group consititutes 56.4% of the total population,with a total population of 3.5 million,this is a national labour force of 1.6 million,of 38.5% of them living in the urban area and 59.3% living in the rural   are employed,which means 65.5% in the urban areas and 40.7% in the rural areas are unemployed,which made national unemployment rate to be 47.4%. percent.

The five year national development plan (NDP) overestimated the contribution of agriculture including livestock  to GDP  (65%),a more recent data analysis by the World bank,the bank estimated livestock contribution to GDP at 30% and Crop production to GDP at 8%,which makes agriculture including livestock contribution to GDP at 38%,still a considerable figure,but 27%  lower as initially estimated by the Ministery of planning when the plan was under development. Overestimation of  Agriculture and livestock contribution to the economic pillar, has resulted ostensibly over allocation of budget and projects to this sector,which is visible in the Somaliland development fund(SDF) project allocations,although eonomic pillar sector allocation was not overemphasised in economic pillar subsector allocations. Moreover, Somaliland’s sole reliance on the livestock sector puts it in a vulnerable position,where if there is a sudden change to livestock destined countries in the middle east ,would make huge blow to the Somaliland economy and there is no immediate subsitute markets,as it happened in 1997,when Saudi arabia banned Somaliland livestock. Hence,founding assumptions of the Somaliland national development should have been gradual diversification from the overdependance of the livestock sector to other sustainable sectors of the economy.

As far as development finance or funding the national plan is concerned,instead of planning 78% to be funded by external aid,it would have been more sustainable in exploring other sustainable options such as increasing local taxation coverage by reaching to unfully taxed and profitable sectors of the economy. At the present time and back in 2012, as you can observe at  chart two ,46% of Somaliland tax revenue is generated from international trade and transactions,16% from of  Sales tax,9% from income and corporate tax,8% from lease and royalties tax,7% from income of licenses and taxes,the remaining is generated from various small sources such as penalties,from other government units,property tax etc.This show clearly expounds the fact that the tax burden falls on traders,where the  businesses where profit and wealth has concentrated pays minimal tax as evidenced by the fact that income and corporate tax is only 9% of the total tax revenue. Any tax regime should have features such as progressiveness and wealth redistribution to avoid inequality,where as the person’s income increases and wealth his share of the tax burden increases and vice verse. To fight economic inequality,tax should be based on the individual’s level of income and wealth,however inequality is high in Somaliland in comparison with IGAD and neighboring countries such as Ethiopia.According to World bank recent study of inequality in the country,Somaliland’s Gini coefficinient,a measure of the income gap is 45.7 in rural areas in comparison to 27 in Ethiopia and 42.6 in urban centers against 37 in the neighboring country.The index ranges from 0,which represents perfect equality,to 100,which implies complete inequality,according to the world bank. Further,the bank states,the country’s low level of domestic revenue ,which at 8.5 percent of GDP is about half of the sub-saharan African average. This means there is 50% revenue potential uncollected by the Somaliland tax authorities mainly from wealthly and large corporations. Somaliland charges companies 10% of corporate tax,in comparison with 26% in Ethiopia and 28% in Kenya,according to the bank. Instead of waiting external financing to fund your development projects,the Ministery of planning ignored the potential of our local revenue tax apparatus to fund our development aspirations.

Chart 2: Projected Tax revenue for 2011 Budget;Data sourced from the NDP

Undoubtedly,diaspora contribution is discernible in closing up the deficit trade gap. Then, the question is what has created on the first place this huge trade imbalance and how it can be embarked upon and used  Diaspora contributions in other development paradigms?. The trade deficit could only be tackled in reducing imports and increasing exports through the implementation of import substitution policy, which means producing locally the materials you import from overseas by establishing light industries and manufacturing. To realize this, you do not need to establish Diaspora development trust/ private investment funds or to dictate the Diaspora what to do or where to investment, rather it is required from you to furnish the platform and establish a business and investment enabling environment, where people in the Diaspora can come together, pool resources together by establishing partnerships and shareholding companies. This requires implementation and reforming company laws to make sure shareholder protection, corporate governance, requirement of submission of annual audited accounts, board of directors regulations. Similarly,diaspora needs to get funding in case their ventures require more capital, which means both conventional and Islamic banking choices should be available in the country as 98% of 50 plus Islamic countries in the organization of Islamic conference(IOC) provide in their respective countries both Islamic and conventional banking products. Moreover,investors in manufacturing require allocation of an industrial zone, which the plan mentions, but not so far allocated for.