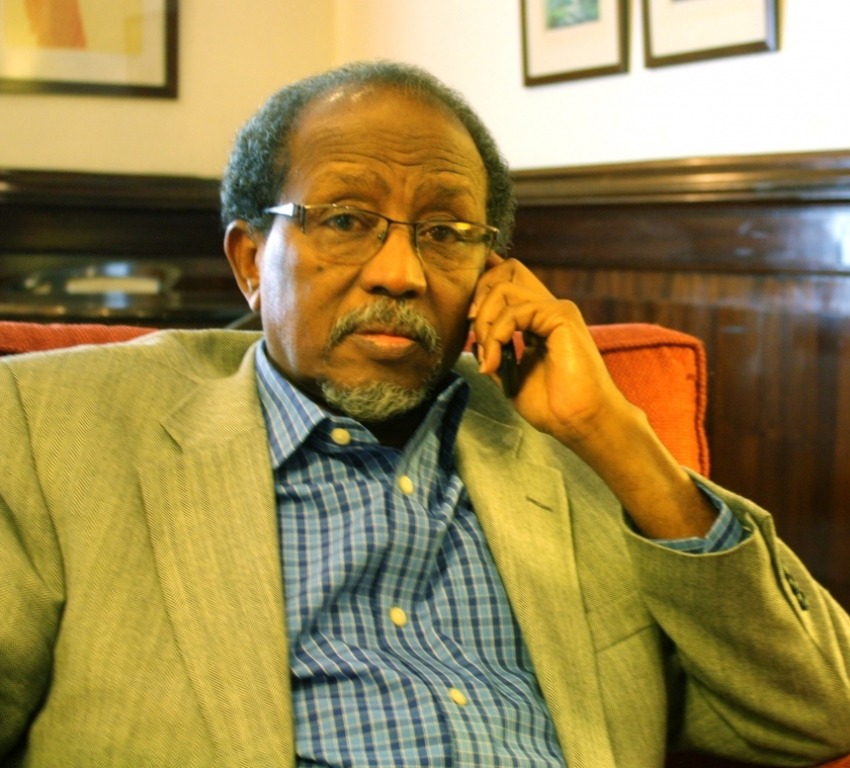 Hargeisa (HAN) October 23, 2014 – Public diplomacy and Regional Security and safety new – BBC published a news titled “No Ethiopian troops’ in Somalia”: Ethiopia has rejected accusations from the government in Mogadishu that it has troops in Somalia.

The Somalian Government says that its neighbour is actively trying to destabilise the country and is trying to establish a breakaway state in the south-west.
It is very unfortunate for this so-called transitional government to accuse Ethiopia for its own failures

Yemane Kidane: Somalia’s Prime Minister Ali Khalif Galaydh told the BBC that the policy of the Ethiopians in Somalia was one of “suppressing, of shooting, of killing [and] of maiming”.

But Ethiopian Foreign Minstry official Yemane Kidane denies that their troops have taken control of several Somali towns, saying “not a single Ethiopan soldier has crossed the border and entered Somali territory”.

He said the Somali authorities were trying to distract attention from its failure to unite the country, in what is a growing diplomatic row.

The Somali Government was elected at a reconciliation conference in Djibouti last August and is the country’s first central administration since 1991.

The government, however, has failed to take control of much of the country beyond the capital, Mogadishu.

The rest of Somalia is divided into areas either seeing themselves as independent countries or fiefdoms of warlords.

Producing evidence: Speaking on the BBC’s Network Africa programme, the Somali prime minister said that the government was willing to take international journalists to the affected region to prove their statements.

Ethiopia is also being accused of being behind the recent meeting of clan leaders to set up an administration for the Bay, Bakol and Gedo regions.

Earlier this week there were reports that Ethiopian soldiers in south-west Somalia had killed five people while firing on a crowd of demonstrators.

Somalia, earlier this month, took their claims to the United Nations.

Ethiopia responded by saying that Somalia was using Ethiopia as a scapegoat for its own problems.

Ethiopia argues that, given its long border with Somalia, the country has legitimate national security concerns when the political situation is so volatile.

The director of the ministry said that the criticism in a BBC interview was an attempt to shore up the interim Somali Government’s dubious authority.

He called it a “calculated attempt to seek scapegoats” and a dangerous tactic to mobilise international support as a substitute for domestic support.

He also warned that Ethiopia would respond “in the appropriate and stern manner” to any attempts.to undermine Ethiopia’s security.

Arming opponents:In the interview, Mr Galayr – who is visiting Djibouti – said Ethiopia was arming factions opposed to the government, occupying Somali districts and had recently increased its military presence in the country.
The accusation came just days after an attack on Somalia’s parliamentary speaker, Abdallah Derow Issak, which he narrowly survived.

After going missing, he resurfaced in Tieglow on Monday, blaming Ethiopia for the attack and accusing the country of training militiamen in the town of Gode.

Ethiopia has never formally recognized the transitional Somali Government elected in August after nearly a decade of civil war and chaos.