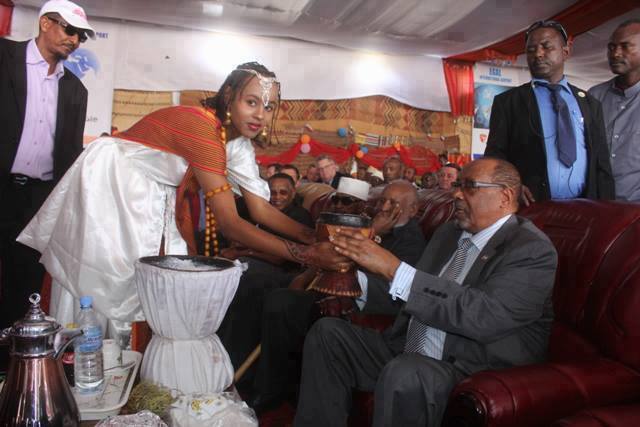 Hargeisa (HAN) January 19, 2015- Public diplomacy and Regional Historic war for Superpowerstrategy in the Horn of Africa. Mussolini’s Invasion and the Italian Occupation in Somaliland and Eritrea.

The current regional generations, Both their parents were born in the height of superpower chaos and  Colonial political change from 1936-1950. An interesting documentary political shift from Italy to British, both Somaliland and Eritrea in 1940s. (Watch 1941 Video)

Eritrea: Italian dictator Mussoliniy established first Invasion in Eritrea (Name was derived from the Latin term for the Red Sea, Mare Erythreum) in the 1880s and secured Ethiopian recognition of its claim in 1889. Despite its failure to penetrate Tigray in 1896, Italy retained control over Eritrea. A succession of Italian chief administrators, or governors, maintained a degree of unity and public order in a region marked by cultural, linguistic, and religious diversity. Eritrea also experienced material progress in many areas before Ethiopia proper did so.

Somaliland: Somali water wells used by Somali nomads regularly traversing the borders between Ethiopia (Western-Somalia) and British Somaliland and Italian Somaliland. The Italians had built fortified positions in Welwel in 1930 and, because there had been no protests, assumed that the international community had recognized their rights over this area. However, an Anglo-Ethiopian boundary commission challenged the Italian position when it visited Welwel in late November 1934 on its way to set territorial boundary markers. On encountering Italian belligerence, the commission’s members withdrew but left behind their Ethiopian military escort, which eventually fought a battle with Italian units.

In early June 1936, Rome promulgated a constitution bringing Ethiopia, Eritrea, and Italian Somaliland together into a single administrative unit divided into six provinces. On June 11, 1936, Marshal Rodolfo Graziani replaced Marshal Pietro Badoglio, who had commanded the Italian forces in the war. In December the Italians declared the whole country to be pacified and under their effective control. Ethiopian resistance nevertheless continued.

After a failed assassination attempt against Graziani on February 19, 1937, the colonial authorities executed 30,000 persons, including about half of the younger, educated Ethiopian population. This harsh policy, however, did not pacify the country. In November 1937, Rome therefore appointed a new governor and instructed him to adopt a more flexible line. Accordingly, large-scale public works projects were undertaken. One result was the construction of the country’s first system of improved roads. In the meantime, however, the Italians had decreed miscegenation to be illegal.

Haile Selassie made territorial demands, but these met with little sympathy from the British. Requests for the annexation of Eritrea, which the Ethiopians claimed to be racially, culturally, and economically inseparable from Ethiopia, were received with an awareness on the part of the British of a growing Eritrean sense of separate political identity. Similarly, Italian Somaliland was intended by the British to be part of “Greater Somalia”; thus, the emperor’s claims to that territory were also rejected.

Photo: President Silanyo: On 1980, Somalilanders formed armed group with support of Ethiopian Dictator mengistu. SNM fought to regain their lost freedom and it was on 12th May 1991.