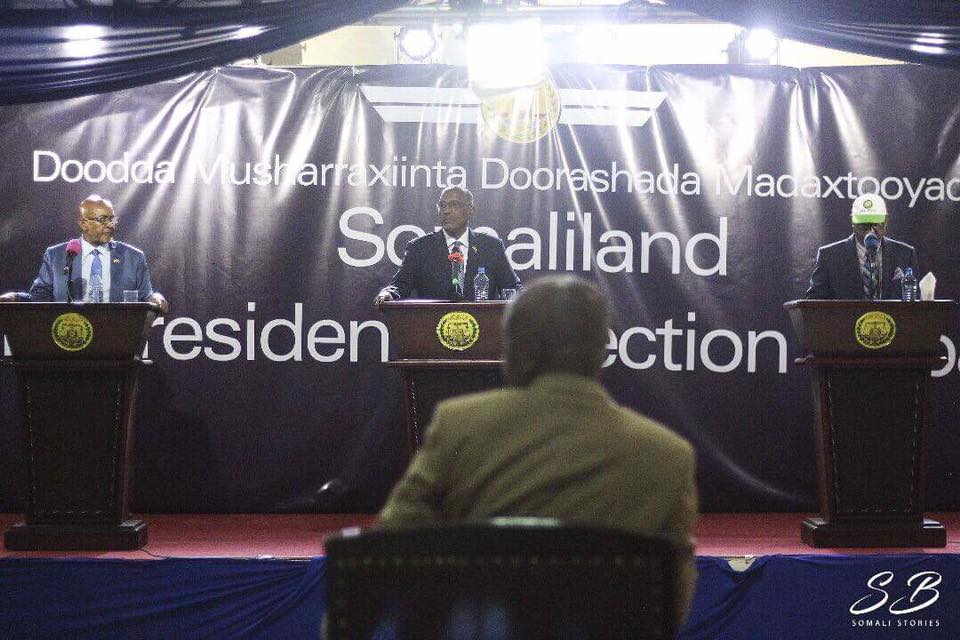 On 13 November, Somaliland will embark on its third presidential elections since it unilaterally declared independence in 1991. With the incumbent set to step down, voters at 1,600 polling stations across the autonomous region of Somalia will choose a new president.

Despite not being an independent state, Somaliland is considered to be one of East Africa’s best-functioning and most stable democracies. The election, part funded by the European Union and UK, will be overseen by international observers and may be the first in the world to employ iris-based biometric voter registration.

Somaliland also has a relatively mature political culture. This was exemplified on 30thSeptember when outgoing President Ahmed Mohamed Mohamoud “Silanyo” issued a decreebanning government officials from utilising state resources for election campaigning and ordering state media to give fair and equal coverage to all contesting parties.

Another example of Somaliland’s political maturity was seen on 19th October when the three presidential candidates engaged in a town hall-style debate. The event, which was live-streamed from the capital Hargeisa, allowed the media and public to scrutinise each of the nominees’ policies.

This state of affairs contrasts sharply with Somalia’s recent elections, which concluded this February. That fraught process faced repeated delays amidst political infighting and insecurity; relied on abundant international funding and support to take place; and involved a highly limited franchise in which just 14,025 people selected the president.

Next week, Somaliland will be hoping to show the region how things can be done.

“All international eyes are on Somaliland’s election,” says Laura Hammond, Reader of Development Studies at SOAS University of London and long-time analyst of Somaliland affairs. “If it comes off smoothly…then Somaliland will (not for the first time, it must be said) have demonstrated its political maturity and ability to pull off what the Mogadishu-based government of Somalia can still only dream of: a direct election by the people.

“The fact that the result is too close to call is already in many ways a sign of healthy democracy in action.”

[“Otherwise we’ll have to go to war”: Somaliland demands recognition 26 years on]

Somaliland’s election comes at a critical moment for the autonomous region. While the government continues to demand recognition as an independent state, the international community has recently been exerting pressure on Somaliland to join Somalia’s federal state-building exercise.

However, Somaliland has so far dismissed these calls and may have been strengthened in its position this year thanks to a $442 million deal with DP World. The UAE-based company agreed to modernise Berbera port in conjunction with Somaliland and its land-locked neighbour, Ethiopia. This development could generate hundreds of millions of dollars in customs revenue for the Somaliland government, making it even more self-sufficient.

Somaliland also struck an even more controversial deal with UAE this February. In the face of toothless objections from Mogadishu, the UAE gained permission to build a military base and airport in Berbera.

This increased investment and international attention for Somaliland means that there is all the more to play for in the upcoming poll. “The stakes are much higher this election, and the rewards could be even greater to the eventual winner,” says Sharmarke Jama, a former trade and economic adviser to the Somaliland government.

Somaliland’s constitution allows presidents to serve two terms. But President Silanyo, a British-educated economist, has decided to step down after just one. This has left the field wide open, and three candidates are now vying to replace him.

The man in waiting

The ruling Kulmiye (“solidarity”) party’s standard bearer is Musa Bihi. A former military man, Bihi was an air force commander in the Somali National Army and leader of the military wing of the Somali National Movement (SNM), the main rebel group in Northern Somalia to help overthrow dictator Siad Barre in 1991.

Bihi co-founded Kulmiye with Silanyo in the early-2000s. Many speculate that the two made a pact ahead of the 2010 elections that Bihi, and his influential Habar Awal clan, would support Silanyo’s bid for office. In return, it is believed that Silanyo agreed to step down after one term to make way for Bihi.

Kulmiye can boast certain achievements while in office, including a marked increase in foreign direct investment and a degree of reconciliation with Somaliland’s volatile eastern regions. However, it also faces many criticisms. Some argue that the government has been complacent over the economy, allowing inflation and unemployment to rise. Kulmiye has also been blamed for an increase in rent-seeking and cronyism, with critics pointing to a fire sale of state-owned land in Berbera at below market prices to political supporters.

The challenger for change

The main challenger to Bihi and Kulmiye is Abdirahman Mohamed Abdullahi “Irro” of the Waddani (“national”) party. Irro was the Speaker of Somaliland’s House of Representatives from 2005 to 2017, only stepping down recently to avoid a conflict of interest.

Waddani positions itself as the change party and, although it gives little away in terms of specific policy proposals, it has proven attractive to voters frustrated with the government. However, the opposition party has also faced much criticism, particularly over its alleged links to the Federal Government of Somalia in Mogadishu. Much of Waddani’s senior leadership is made up of former Mogadishu-based ministers. Meanwhile, it is noteworthy that Irro is the only candidate to suggest cancelling the lucrative military and port deals with the UAE if elected.

Like Taiwan, party politics in Somaliland are dominated by the pursuit of international recognition and any ambivalence to this mission is seen as treacherous by the wider public.

The third candidate hoping to be Somaliland’s president is Faysal Ali Warabe of the Justice and Welfare Party (UCID). Nicknamed “Hyena” due to his eccentric and larger than life nature, Warabe has contested every election since 2003. He is yet to prevail despite the fact that UCID is the only party with a genuine political identity.

UCID is a socialist party dedicated to combating inequality and has gained plaudits, particularly among the youth, for not activating clan bases or engaging tribal elders to drum up support. In contrast to his competitors, Warabe has chosen to put policy over clan interests in his campaign, which has focussed on getting out the youth vote, including through a specially-created app. It is for these reasons that Warabe and UCID may be the wildcard of the election.

Forcing the world to take notice

2017, however, is probably too soon for UCID’s kind of campaigning to be successful. Indeed, unofficial polls predict a close race between Bihi and Irro, both of whom have effectively courted support among their clan power bases and sought the backing of elders who hold sway in Somaliland’s different regions.

This suggests that the vote on 13th November could well go down to the wire. But there is more at stake than just the result. If Somaliland can hold credible, peaceful elections for a third time, the international community will be forced to sit up and take notice.

When compared to the ongoing election fiasco in Kenya and the non-election which took place in Somalia – not to mention the situation in the likes of Ethiopia, Eritrea and the two Sudans – Somaliland can use this poll to further leverage its position as a democratic outpost in an ever-volatile neighbourhood.