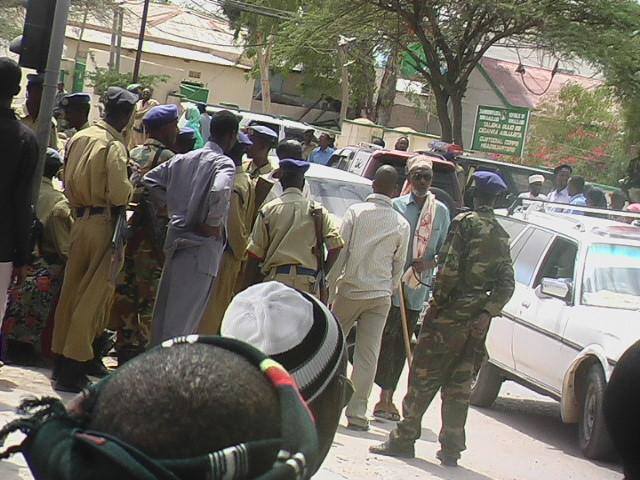 Nairobi (HAN) April, 4. 2016. Public Diplomacy & Regional Security News. The Committee to Protect Journalists calls on authorities in the semi-autonomous republic of Somaliland to reopen the daily Codka Shacabka (The Voice of the People). The attorney general’s office issued an order March 24 for the privately owned paper to immediately cease publication, according to human rights campaigners.
Guleid Ahmed Jama, chairman of the local advocacy group, Human Rights Centre, told CPJ the attorney general’s order said the newspaper had not been properly registered after it was taken over by new owners. The new owners are a group of journalists, who are known to be critical of the government, but are not affiliated with any political party. The newspaper’s editor, Jama Adam, told CPJ the new owners took over a few weeks ago.
Jama Adam told CPJ he did not think the decision had anything to do with a particular article or subject the paper had covered, and said he viewed it as part of a wider campaign by the government to limit new voices and control the media. He said he did not apply for a license because authorities have not issued any since 2011.
The attorney general’s office, which is responsible for issuing licenses to newspaper owners, also cited registration violations when ordering the privately owned newspapers, Hubsad and XogOgaal, to close in recent months. The closures come as the region begins preparing for elections, scheduled to take place in March 2017.
“Somaliland’s newspaper licensing regime would appear to be nothing more than a tool for censorship,” said CPJ Deputy Executive Director, Robert Mahoney. “As the election approaches Somaliland needs more not few independent and critical voices. The authorities must immediately allow Codka Shacabka to reopen and ensure that all journalists can work freely.”Abdirashid Nour, chairman of Hubsad Media, told CPJ the newspaper is appealing the decision at the regional court in the Somaliland capital, Hargeisa, over the closure ofHubsad in November 2015.The attorney general’s order said the newspaper was to close after changing to new owners, Abdirashid said. He said he believes the newspaper was targeted because of a series of articles it had published on corruption.Under Article 7 of Somaliland’s Registration Act, prospective media owners have to provide names and details of the owners, publishers, and the chief editors before they can begin publishing. The editors have to have completed secondary education.
However, in 2011 the attorney general issued a letter announcing it was freezing new newspaper registrations, according to the Human Rights Centre. Somaliland’s information minister Osman Abdullahi Sahardid and attorney general Hassan Ahmed Aden did not immediately return CPJ’s calls requesting comment.
CPJ has documented the cases of several journalists arrested for their work in Somaliland. Although the situation for journalists improved in the first half of 2015, human rights campaigners say it has deteriorated in recent months. In October 2015 Ahmed Mouse Sakaaro, a journalist who previously worked for Codka Shacabka and now runs the Rakaadnews online portal, was beaten up in Buroa, a town in east Somaliland, according to the Human Rights Centre. When he reported the attack to police, Ahmed told them he had been threatened over his reporting a few days before the attack. On March 3, a court sentenced one attacker, in absentia, to seven years in jail, and fined three others on assault charges, according to the Human Rights Centre.