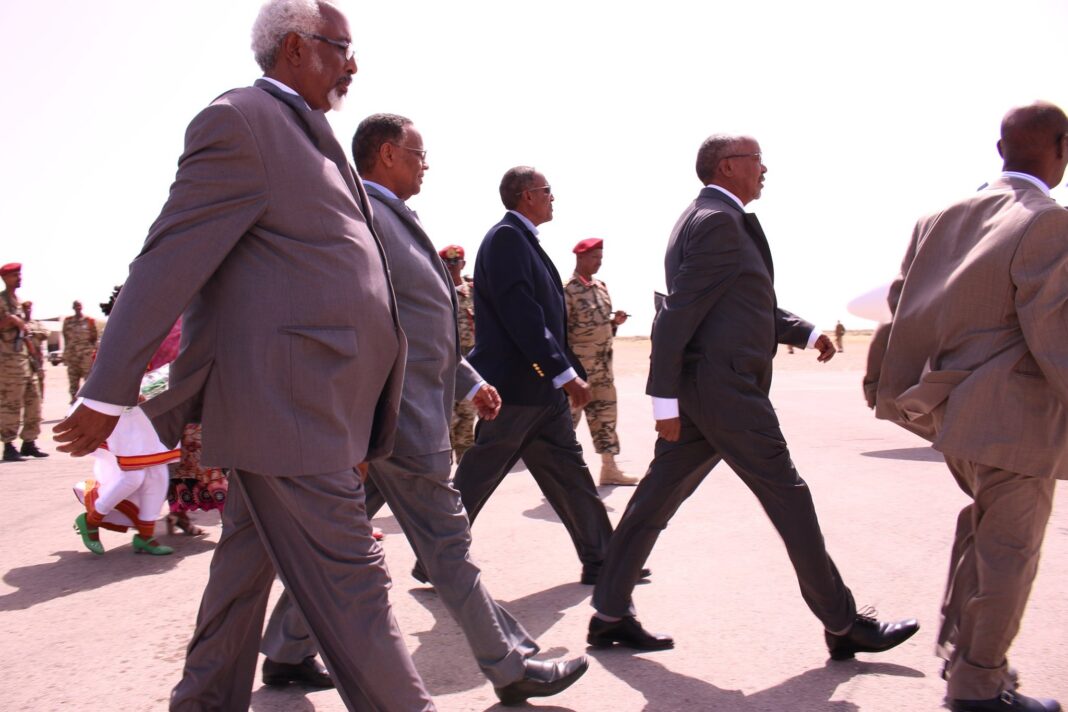 Hargeisa (HAN) August 29, 2014. Public safety and regional security news. The region was watching the political drama unfolding at Saahdheer of Khatumo State of Somalia as thousands of Khatumites and distinguished delegates comprising of traditional leaders, politicians and intellectuals from various parts of Somalia gather to bear witness to the historic inauguration of Professor Ali Khalif Galaydh as the first democratically elected president of Khatumo State of Somalia.

Update: in Saah-dheer, approximately 5:00 a.m. on August 28th, 2014. Somaliland forces using heavy artillery and machine guns waged a violent attack on the city of Saah-dheer. The venue for the inauguration of Khatumo’s new Administration democratically and peacefully elected a few days ago on August 14th, 2015. Present at the Cadaad Tree Conference venue in Sahdheer were hundreds of delegates form various parts of the region including dignitaries from Somalia’s Federal Government in Mogadishu, dozens of traditional and political leaders from Galmudug, Abud-waaq and other Somali local and state administrations.

Details of a meeting between the British government official  and Somaliland security minister who had met prior to the RRU tour are still vague as no briefing has been given to the press, either government news agencies, or regional reporters, such as Geeska Afrika Online security reporter, because of the Khaatumo crisis, according to security sources.