Home frontpage Somaliland: A shift from tribalism to separatism in Somalia led to the... 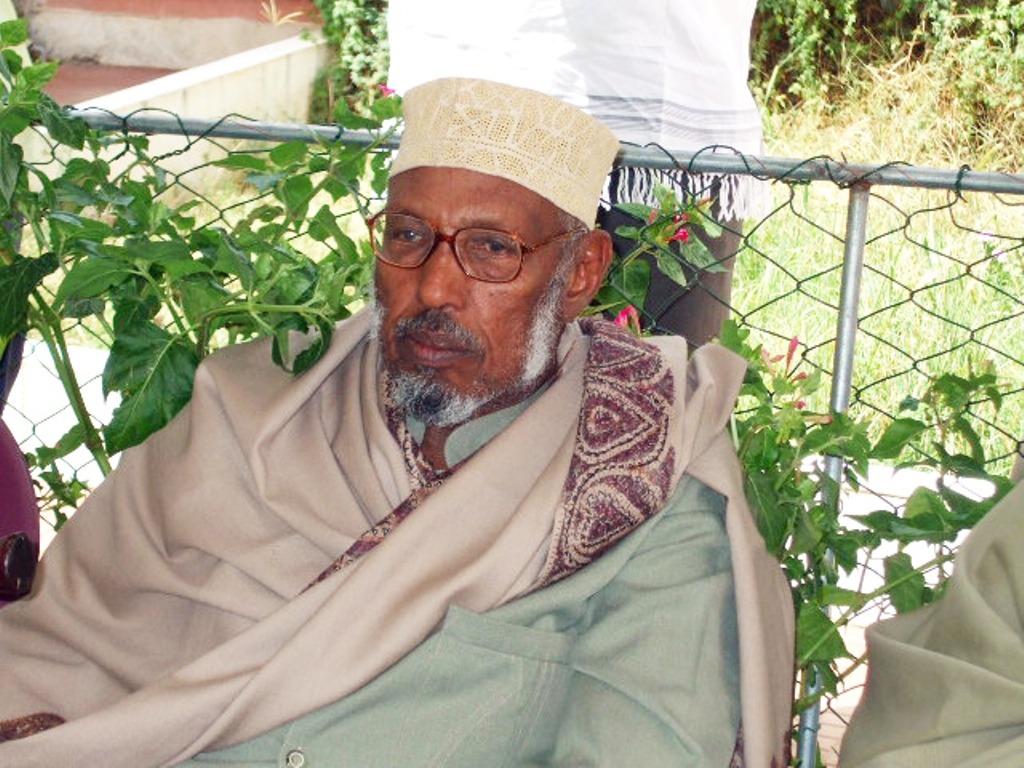 Ukraine’s Somalia scenario. Growing extremism and tribalism: A shift from tribalism to regional separatism in the North of Somalia (Somaliland) led to the Horn of Africa terror attacks.

The Economist for Ukraine’s Somalia scenario: With violence in eastern Ukraine waning, for the moment, attention has tentatively turned to the country’s postwar contours.

Both the government in Kiev and the separatists claim to be withdrawing heavy weaponry, following a Sept. 20 agreement to create a 19-mile buffer zone, though clashes have continued in some places. President Petro Poroshenko claims that “serious work” is under way to build a defensive line around rebel-controlled territory. 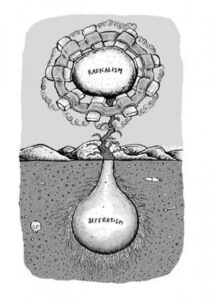 No matter its final shape, however, Ukraine will be left with boorish new neighbours on its eastern flank.

Directly west of Donetsk, the Dnipropetrovsk region is preparing for more trouble, including banditry, kidnapping and terror. Dnipropetrovsk officials have faced assassination attempts by “liquidation groups” from the Donbas in recent months, and criminals have begun arriving under the guise of refugees.

Borys Filatov, a deputy governor of Dnipropetrovsk, speaks worryingly of a “Somalia scenario,” under which the Donbas becomes a swath of ungoverned and ungovernable territory harboring bandits who cross into the rest of Ukraine to raid, kidnap and steal. Another troubling precedent lies in Moldova’s breakaway Transdniestria region, where organized crime and corruption have flourished under a Russian-backed regime.

Throughout Dnipropetrovsk fortifications are cropping up along the main roadways. The most robust checkpoints feature crews of roughly 20 men, networks of trenches, bunkers and anti-tank barriers. Any cars with Donetsk or Luhansk license plates face searches by armed soldiers. While officials downplay these measures as a means of “control,” in effect the construction of a new internal border has begun.

Reflecting the sorry condition of the Ukrainian state, Dnipropetrovsk’s security has been left to the private sector. Local businesses, private donors and concerned citizens fill the coffers of two non-state charitable funds, one for defense and the other for humanitarian causes. While the regional administration oversees the projects, the money remains outside state structures in order to bypass a centralized, “unjust and ineffective” system, says another deputy governor, Svyatoslav Oliynyk.

Such a strategy, however, begets concerns over corruption and command structures at the checkpoints, where a poorly coordinated mix of volunteer battalions, police and security-service officers stand guard.

Over one newly constructed bunker on the border with the Donetsk region fly two flags: Ukraine’s blue and yellow, but also the red-and-black nationalist flag of the local Sicheslav battalion. The motley crew on duty answer to different commanders, and at times receive conflicting orders. 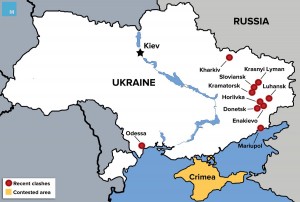 When asked about Poroshenko’s “special status” law for the Donbas, a group of soldiers at the checkpoint scoff, calling it “traitorous.”

An older fighter who goes by the nickname “Grandpa” asks, “What did our guys die for?”

The regional elite accepts the law with gritted teeth, knowing from bitter experience about the futility of fighting the Russian army. Two lists taped to the front windows of the administration building in Dnipropetrovsk enumerate 400 names of those missing and 800 prisoners. Throughout the conflict Dnipropetrovsk has borne a disproportionate share of the burden.

“Every day we deal with battalions, security, the wounded, the killed, the ill, prisoners, funerals and so on, while in Kiev they just work on elections,” says Filatov, who recently announced plans to run for the national parliament, as did Oliynyk.

Their boss, the governor of Dnipropetrovsk, Ihor Kolomoisky, began supporting the country’s military preparations early on, building up volunteer battalions long before the Ukrainian government threw its full weight into the war. The region has suffered more than most in terms of wounded soldiers and soldiers killed in action.

Although the death toll has slowed since the cease-fire on Sept. 5, it has yet to stop entirely. Dnipropetrovsk’s 25th Airborne Brigade remains stationed around Debaltseve, a city between Donetsk and Luhansk, where the troops take and return heavy artillery fire daily. Residents say that the cease-fire has not halted the fighting, nor has it restored running water, which was cut nearly a month ago. Clashes also have persisted near the port of Mariupol and Donetsk airport, which Ukrainian forces still control.

It is “a cease-fire in name only,” declared Philip Breedlove, NATO’s supreme allied commander in Europe.

With the risk of renewed war still looming, training and recruitment for volunteer battalions continues in Dnipropetrovsk.

“While the Kiev government gets itself together,” Filatov said, “we don’t have time to wait.”

An Interviews with Ahmed Abdi Habsade, Somaliland minister of transport and president Silanyo adviser on elections in London