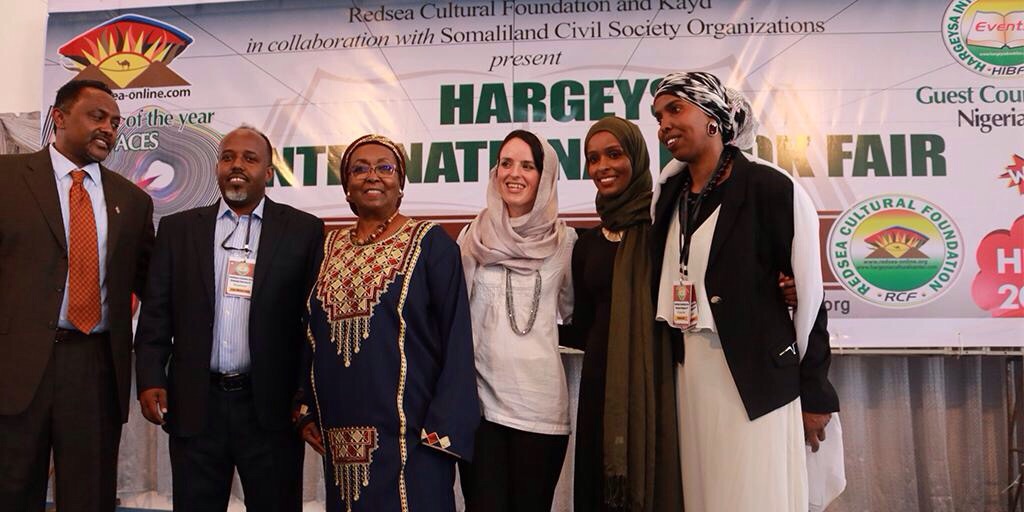 Hargeisa (HAN) November 6, 2017. Public Diplomacy Initiatives and Regional Instabilities. According to the SIRAD Institute’s regional safety and security reports, the Somaliland territories are struggling to re-establish again a functioning independent state since the collapse of an authoritarian regime of General Mohamad Siad Bare. A breakaway, semi-desert territory on the coast of the Gulf of Aden, Somaliland unilaterally declared independence since 1991.

The former British protectorate of Somaliland has escaped much of the chaos and violence that plague Somalia Republic, especially Southern Somalia.

Climate:  Somaliland has a tropical monsoon type of climate

Vision: To be independent state recognized by the International Community

7th-19th centuries – From the 7th-century arrival of Islam onwards, modern-day Somaliland is ruled by a series of at times by Muslim Sultanates of Al-Sheikh Rulers and their Sons, Including, Sheikh Yousuf Al-Kawniin, Sheikh Aw-Qudub, Sheikh Nuh, Sheikh IsXaq Bin Ahmad (Isaq), and Turkish Empire (Othman sultanates of Harar and Barbara).

18th -19th century started a regional war between Abyssinian tribal forces (Highlanders) against Harar Empire with the support of Russia weapons, Portugal militia with logistics and all other European forces to defeat Harar Sultanates and its allies of Othman Empire in walled city Harar, Barbara and Sylac (coastline – Port connected to Far-East and Arabian Golf).

1884-1888 – Britain establishes the protectorate of British Somaliland though treaties with the local sultanates, Imams, Ugas and Sheiks.

1899 -1926 – The Rebel cleric Mohammed Abdullah (known Mad Mullah) rises against British rule and Local Sunni Shafici sect to establish the Dervish State, which destroyed by Local tribes   with the support of British Empire’s air and ground forces in 1920.

1990-1991 – The former British Somaliland declares unilateral independence as Somaliland following the ousting of Somali President Mohamed Siad Barre, which plunges the rest of Somalia into mini-states.

2001 – More than 97% of the population votes to endorse the constitution adopted in 1997, in a referendum aimed at affirming Somaliland’s self-declared independence.

2016 – Somaliland celebrates 25 years of self-declared independence, but remains unrecognized either Regional Organizations, such as IGAD, AU or United Nations in New York.

2017 Elections Initiatives:  The Somaliland’s general elections were scheduled to be held in Somaliland on 27 March, 2017 to elect the President and House of Representatives, but were postponed by six months due to the drought condition in the Horn of Africa regions. The International community, including European Union (EU) and UN advise them not to postpone election again.

The elections are officially scheduled to be held on 13 November 2017. The current President Ahmed Mohamed Silanyo will not be running for a second term. Musa Bihi was elected In November 2015 as the presidential candidate for the ruling Party Kulmiye, and the presidential candidate for Wadani Party will be   Abdirahman Mohamed Abdullahi (Cirro). The Justice and Development Party (UCID) will be Faisal Ali Warabe.