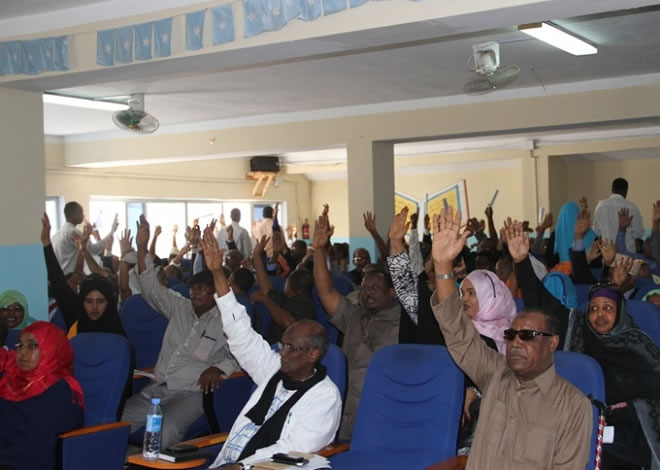 MOGADISHu Elections in Somalia to choose a new parliament have been postponed for the second time in two months due to a dispute over how to select future members, a lawmaker said on Sunday.

Voting for the 275-seat parliament was scheduled to start this weekend and end on Oct. 10, with new lawmakers set to appoint a president on Oct. 30.

Facing an ongoing threat from the al Qaeda-linked Islamist militant group al Shabaab, Somalia abandoned plans for a one person one vote election. Instead about 14,000 people representing federal states across the nation will choose members of the legislative assembly.

Although a fraction of Somalia’s 11 million people, it is more than the 135 elders who picked the outgoing parliament in 2012.

“No election is going on,” a lawmaker who asked not to be named told Reuters.

“There is inter-clan dispute over selection of clan elders (voters) and parliamentary candidates,” added the lawmaker.

Government officials were not immediately available to comment. The election was originally planned for last month but it was postponed to allow for more time for preparations.

Al Shabaab told its followers to attack participants in the election early this week.