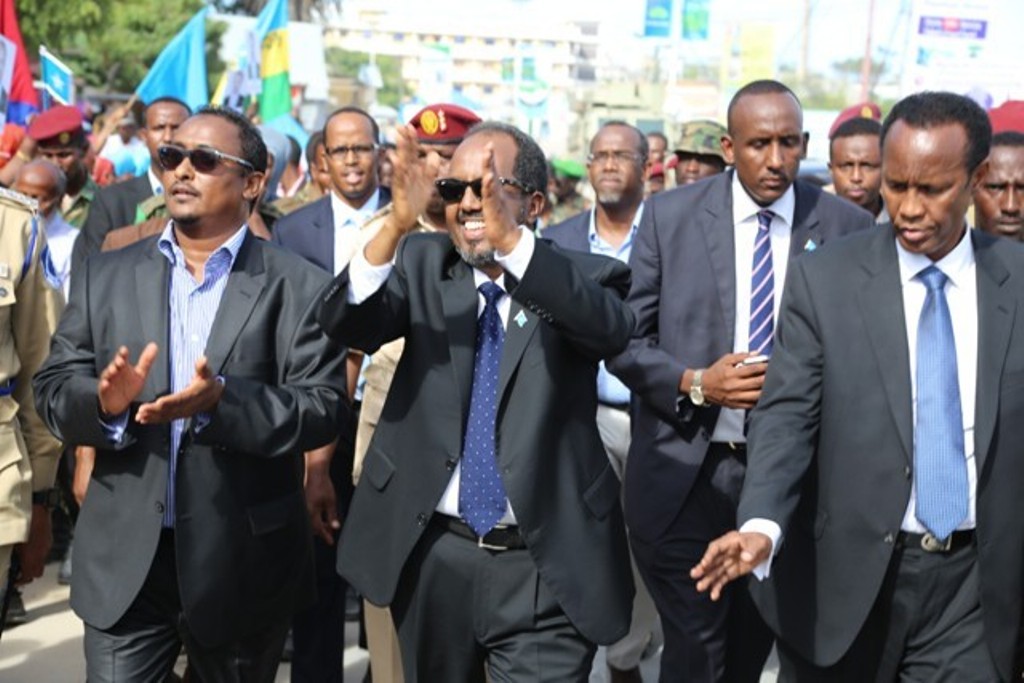 MOGADISHU (HAN) September 2.2016. Public Diplomacy & Regional Security News.BY: Mohamed Bahal. After four years of ups and downs, the country is faced with election fever. Politicians are in a state of rush for financial support. Some of them are already knocking the doors of foreign countries for financial help. The prevailing opinion is only a person with hefty money can win election. The influence of foreign countries on the election is so apparent that the reckless politicians can accept whatever condition attached to the  financial offer.

On the other hand, there is a jigsaw puzzle going on among various clans to regroup in order to win the highest echelon of the country. Based upon the existing

circumstances, it is hard to say there will be fair and fine election. In the face of such political doldrums, the Somali intellectuals are melted in clan rivalry and lost the respect of being career politicians who can be able to guide the people to democratic principle. There are two Somali Diasporas  groups who ventured to go back home with different aims. Some were dedicated  young men who had the will and courage to contribute their knowledge skills to the country and others were merely interested acquiring financial gains. One limitation that both groups have is lack of local culture to be accessible to th people they serve. There are some who have professional sincerity and tried to introduce accountability and transparency, but they encountered loggerhead. If masters don’t like changes, no improvement can be done.

In the  light of present security lag, there is no way parliamentary votse based on one person one vote can be conducted. The result is perpetual status quo with economic stagnation, political squabbling, rampant corruption, and foreign interference. Can the Somalis, man and women, pause for a while and think of why such havocs fallen upon us? A land with population of 12 millions and land area of 246,199 sq. mi. can offer every Somali 48.7 sq.mi. Our problem is not shortage of land, but lack of wisdom and justice to give every body equitable share.

Our country has become an envy for others who see our lands’ potentiality in terms of long sea coast, untapped resources such as agriculture, fishery, livestock, and minerals. There was study conducted on the land between Shabelle and Juba Rivers about its agricultural production. The study revealed that the area if fully developed can produce food crops enough for East and Central Africa. Under the present circumstance, it farfetched to develop the area.

We, the Somalis are the makers of our problems, and no reason why we blame others. Culturally, we shun to admit mistakes. British Colonialist who ruled both South and North used to say ‘Somalis had false pride,’ There is some truth in that.

Following the civil war, there is no a single clan who admits they committed crime and asks forgiveness. Alah gives His mercy those who shows repentance and those who forgive. In surs Baqara, verse 155 Allah says We certainly shall test you with fear, hunger, loss of wealth, lives and reduction of fruits, but give glad tiding those who show patience. It is clear we suffered from all calamities mentioned above in the Holy Quran and yet we don’t show repentance nor patience.