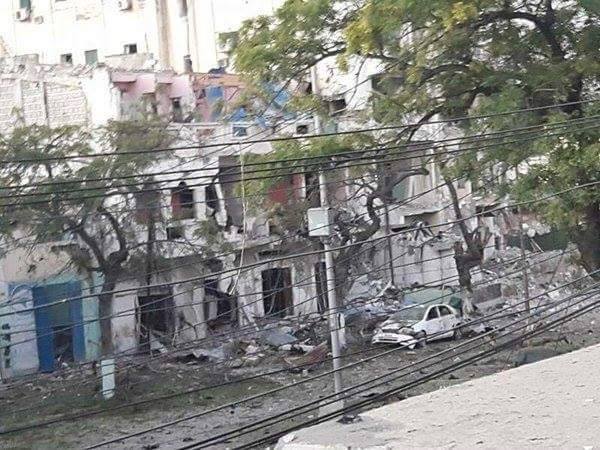 As Somalia prepares to choose a new government in August, there are concerns that the powerful clans who have long dominated political life in the country may try to manipulate the ballot while al-Shabaab militants also pose a threat, a senior UN official has said.

Michael Keating, the head of the UN mission in Somalia, said there are significant security challenges around the electoral process.

After years of conflict and a 2011 famine, and with al-Shabaab launching frequent attacks against peacekeeping forces and civilians, there is no possibility of holding a popular vote in Somalia. Instead, clan elders, as well as representatives from community groups and civil society, will choose members of parliament, who then choose the head of state.

“These are very limited elections. Probably only about 14,000 people [from a population of more than 10 million] will put something in a ballot box … That may sound like a very modest number, and it is, but the last electoral process … involved just 135 people – men, elders choosing up to 275 members of parliament,” Keating said.

In that 2012 election, there were concerns that some clans, whose rivalries have poisoned politics and sparked conflict for decades, with many controlling their own militia, had influenced the ballot through bribes.

Tribal elders need to see the “added value of a state”, said Keating, who took over as special representative to the UN secretary general in January.

“There is a lot of concern that clans’ power brokers will try to manipulate the whole process, but equally there is a sense of anticipation that something new, something different, is happening in Somalia,” he said in an interview in the capital, Mogadishu.

Al-Shabaab are opposed to the electoral process, which is to choose a government to succeed the administration of President Hassan Sheikh Mohamud, who was elected by lawmakers four years ago.

Mohamud’s election marked the first time since the 1991 overthrow of Mohamed Siad Barre – an event that plunged the country into decades of fighting, at first between clan warlords and later between security forces and al-Shabaab – that a leader was chosen inside Somalia.

Although the African Union peacekeeping force, Amisom, and Somali troops have pushed al-Shabaab out of Mogadishu, the militants have launched deadly assaults on Amisom bases and this month killed more than 15 people in an attack on the Ambassador Hotel in Mogadishu.

“Al-Shabaab is not hiding the fact that they disapprove [of the electoral process] and they will use it as an occasion and opportunity to attack people,” said Keating.

“Al-Shabaab is very adaptable, and this is very typical for insurgencies. They are now conducting hit-and-run [attacks] on military sites, on full operating bases, and spectacular attacks against civilians and against high-profile targets, which are intended to be media-genic, to demoralise the population and to cast doubt on whether this political process can work,” Keating said.

“Securing the elections will itself be a challenge. If … the electoral process is going to take place in six or seven locations, we have to make sure that these locations are safe, people can physically get to those locations and that provisions are made for female electives, because they may be particularly vulnerable.”

Keating condemned the assassination this month of female journalist Sagal Salad Osman, who was a presenter for the state-run Radio Mogadishu. According to the Committee to Protect Journalists, 59 journalists and media workers have been killed in Somalia since 1992.

“Unfortunately, too many journalists – males and females – have been killed in this country, essentially for doing their jobs. Sometimes it is by al-Shabaab, sometimes it is by power brokers who feel threatened by their reporting. There is a very specific issue about protection of journalists, and we have a human rights unit that is looking into this,” Keating said.

In Somalia, 1.1 million people are displaced and about 4 million require humanitarian aid, yet Keating said the country has vast potential.

“It is the windiest country in Africa, it has the longest coastline, it has an amazing livestock and fisheries [sector], and it could be generating jobs and energy for people. If political institutions can be strengthened, I see quite a positive future for Somalia, but I am not under any illusions about the many challenges.”