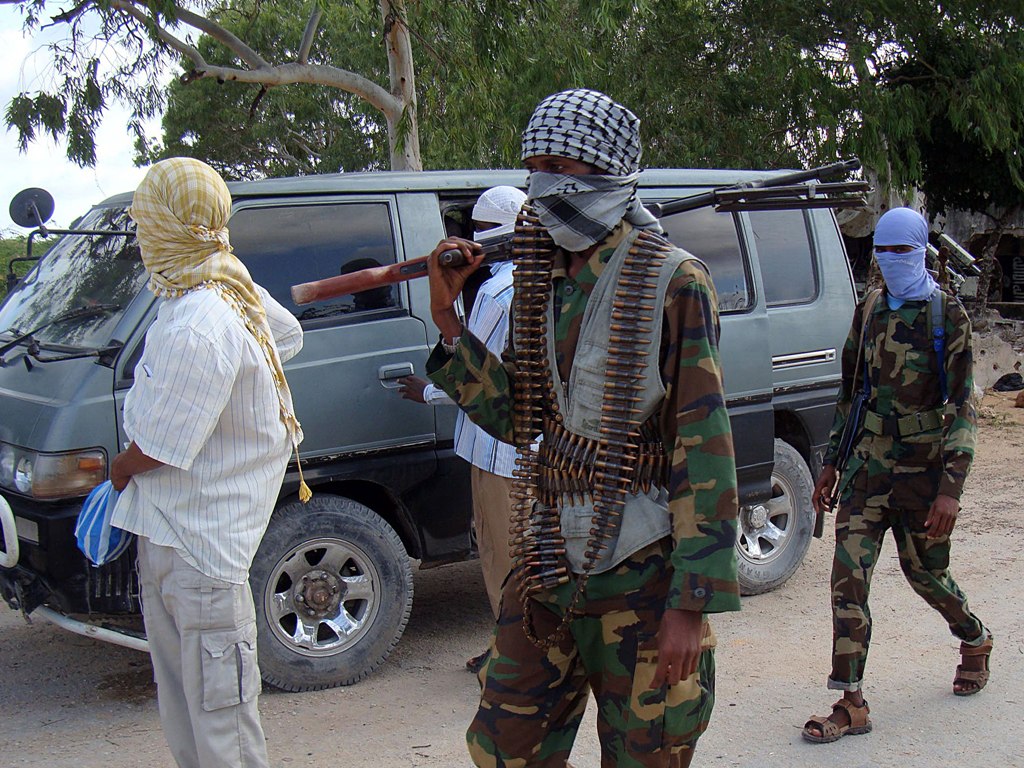 BOSASSO (HAN) June 1.2016. Public Diplomacy & Regional Security News. By Abdiqani Hassan. Somalian al Shabaab militants killed two soldiers in the country’s semi-autonomous region of Puntland on Tuesday in a bomb attack, according to an officer in the region’s military.

Al Shabaab took responsibility for the assault but cited a higher toll.

Al Shabaab, which seeks to impose sharia law in Somalia, has been pushed from its southern strongholds by a series of offensives by the African Union force AMISOM and the Somali National Army.

Officials, however, say the group remains resilient and is capable of mounting attacks on both civilian and military targets.

Major Mohamed Abdi told Reuters late on Tuesday the soldiers were killed when a military convoy was hit by two bombs as it headed toward Galgala Hills, located east of Bosasso.

“We lost 2 soldiers and 4 others were injured, al Shabaab planted two bombs as our convoy headed to Galgala Hills,” Abdi said.

“We destroyed 17 Puntland soldiers and destroyed two of their vehicles using bombs yesterday,” he told Reuters on Wednesday.