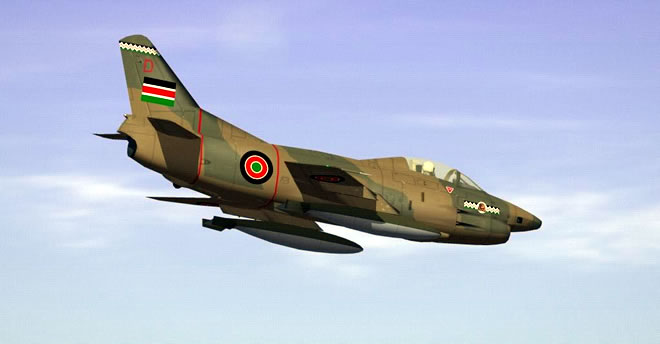 Mogadishu (HAN) December 4, 2014 – Public diplomacy and Regional Security and safety news.   A Kenyan warplane crashed in southern Somalia on Thursday, with the Kenyan military saying the crash was due to technical problems while Somali rebels said they had shot it down with a missile.

The aircraft, which had been on a combat mission, came down in the area of the southern port city of Kismayu, where Kenyan troops are deployed as part of an African Union peacekeeping force battling the Islamist rebel group al Shabaab.

A spokesman for the Kenya Defence Force (KDF) said the pilot reported a technical problem on returning from a combat mission at about 3 p.m. (1200 GMT) before he was forced to eject.

Al Shabaab said they had shot the plane down, however.

“We hit the Kenyan jet and downed it. It was bombing Bulaguduud town today,” the rebels’ spokesman for military operations, Sheikh Abdiasis Abu Musab, told Reuters. He said the group used a missile and

that the pilot was “burnt inside.”

Kenyan planes have often flown missions over Somalia since troops marched across the border in 2011, but al Shabaab has not previously shown it could target them with missiles.

“You can’t rule out that they might have acquired a few, but it is not a capability that they have demonstrated in a clear manner,” said Mark Schroeder, Africa analyst for consultancy Stratfor.

KDF spokesman Colonel David Obonyo denied the claim. “They don’t have the capability or the means to do that,” he said. “This was a purely mechanical failure, a technical problem.”

Obonyo, who declined to give details about the type of aircraft except to say it was a combat jet, said a search and rescue operation had been launched for the pilot.

Kenyan troops recaptured Kismayu, a strategic port in the south of the war-torn country, from al Shabaab rebels in 2012.

The report follows two attacks in two weeks by al Shabaab militants inside Kenya’s northern border region in which more than 60 non-Muslim Kenyan civilians were killed.

Last year, a suspected U.S. reconnaissance drone crashed in southern Somalia. A regional governor at the time said rebels had shot it down but the rebels only confirmed the crash without saying they were responsible for it.

The United States does not report about any such activities in Somalia.-Reuters