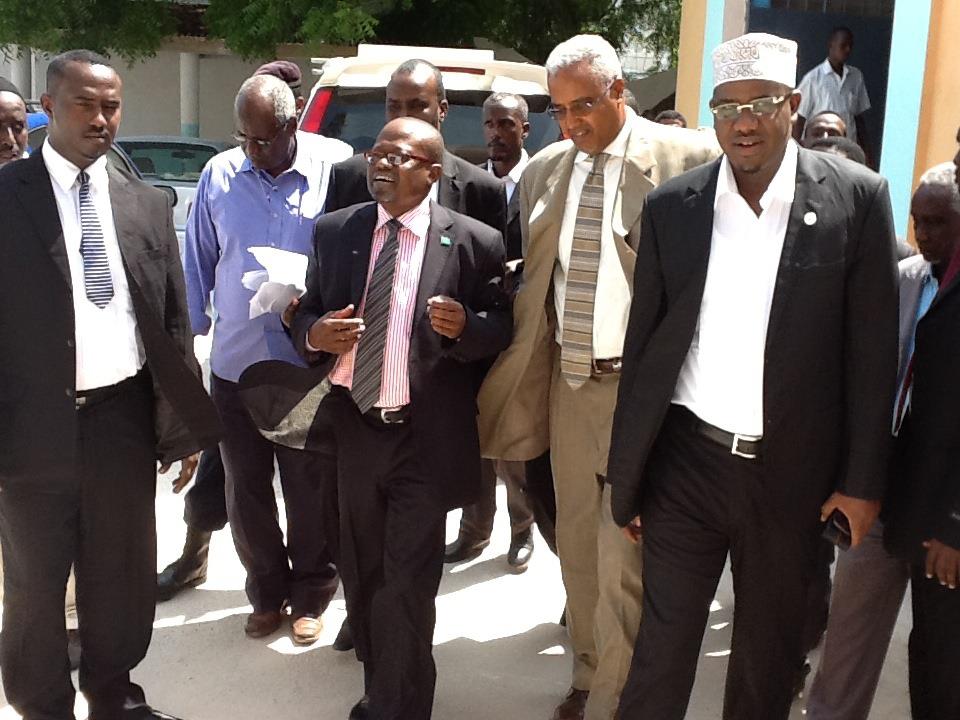 Questions rise after US trained Iraqi police flee for lives in the Iraqi city of Mosul. The US State Department says the situation in Iraq’s second city of Mosul is “extremely serious”, as Jihadist militants take over.

Global Jihadi groups are all vying for attention, credibility, members and fighters, for financing. They see Mosul and Mogadishu attacks, they evaluate the attention it gets internationally,” said Managing Editor and Publisher Geeska Afrika Online, who has written about the Horn of Africa and Yemeni groups in the past.

A regional Security and defense analyst Nur Kafi (IGAD2020 regional security commentator) who has worked for the KBI Empower group, said that other groups would almost certainly be watching closely as the militant fighters led by Iraqi Jihadist seized the giant city of Mosul  near In Syria — and might be inspired other militants to do similar attacks in Mogadishu, Adis Ababa or nairobi.

The Somali capital Mogadishu has been hit by a series of suicide bomb attacks in the past few weeks, claimed by the al-Shabab armed group, who were pushed out of the city about two years go but have waged a sustained guerrilla campaign.

Today in Somlia: A man and a woman ambushed two police officers eating lunch at a Afgoye restaurant, fatally shooting them at point-blank range before fleeing to a nearby farm where they killed a third soldier and then themselves in an apparent suicide pact, Afgoye police officer tod HAN.

An urgent Security Vigilant is needed in Somalia and Somaliland since Al-Shabab threatens With More Attacks against Uganda, Ethiopia, Kenya and Djibouti; never mentioned threats against Eritrea!

Past and present attacks to be vigilant:

Somlia: The palace in Somalia’s capital Mogadishu, home to the country’s internationally-backed government, has been hit by a massive car bomb followed by a raid by gunmen, police and witnesses said.

“There is a large attack on the presidential palace. Initial reports are that a suicide car bomber hit the gate and exploded, then men with guns followed,” police officer Mohamed Ali told the Agence-France Press news agency.

The Associated Press news agency said the gunmen were wearing suicide vests and carrying grenades. The Reuters news agency also reported a blast and gunfire in the city.

“Security forces are dealing with terrorists who blew up a car… and there is exchange of fire. We have no details of the casualties but of course there are casualties,” said Ahmed Moalim Adan, a security official near the scene of the attack told reporters.

Iraq: The Iraqi Prime Minister promises to arm Iraqi civilians after security forces abandon their posts, but thousands of families are leaving the city.

An army colonel in the local military command said: “We have lost Mosul… Army and police forces left their positions and ISIL terrorists are in full control. It’s a total collapse for the security forces.”

The US State Department pledged to help Iraq leaders “push back against this aggression”, saying the militants pose a threat to the entire region.

UK’s Foreign Office Minister for the Middle East Hugh Robertson said: “I utterly condemn the attacks by the Islamic State of Iraq and Levant (ISIL) in Mosul in Iraq this morning.”

The fall of Mosul deals a serious blow to the Iraq government’s efforts to fight militants who have regained ground in Iraq over the past year.

Pakistan: The airport attack began late Sunday and continued on into the dawn hours of Monday in Karachi, a sprawling port city on Pakistan’s southern coast, although officials said all the passengers had been evacuated. During the course of the attack, heavy gunfire and multiple explosions could be heard coming from the terminal, used for VIP flights and cargo, as militants and security forces battled for control. A major fire rose from the airport, illuminating the night sky in an orange glow as the silhouettes of jets could be seen.

The deadly militant operation was carried out by 10 militants, said the Chief Minister of Sindh province, Qaim Ali Shah.
The Somali militant Al-Shabaab group has carried out similar attacks to this in the past. They’ve certainly taken Kenyan and Ethiopian hostages. They’ve launched attacks against civilian and military bases and business center,” Kafi concluded his remarks to this report.

Photo: This is the life. Mogadishu, for the first time in two decades, is a relatively peaceful place to live.