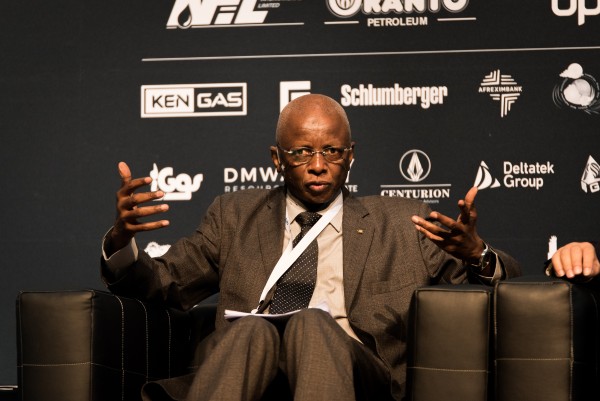 Rome (HAN) December 26, 2018. Public Diplomacy and Regional Energy Investment . emerging Markets in Africa and Western Indian Ocean Oil reserves.  Western backed oil companies such as Italy, Qatar, US, UK and Norway, UAE,  Russia, China and Turkish are all projecting their influence in Somalia. The Danish Institute for International Studies, gives a summary of major oil and gas agreements and parties involved. It however excludes the one awarded to China’s CCECC by Puntland and Somaliland. CCECC which constructed Bosaso airport funded the Italian government was reportedly awarded two blocs by President Abdiweli Gaas administration in 2016. Also excluded is the May 2006 deal between then Transitional Federal Government and Chinese government owned China International Oil and Gas (CIOG).

To promote and attract foreign investors in Somalia, the Lower House passed the Foreign Investment law in 2015. Prime Minister Hassan Khaire reiterated the same in Davos last year 2017 and in Doha Forum this year 2018 during the World Economic Forum meeting adding ‘Somalia needs investment not handouts’.

Sources close to the Horn of Africa Newsline (HAN) learn that through Ministery and the minister of Petroleum and Mineral Resources Eng. Abdirashid Mohamed Ahmed, who is planning to join the African petroleum Producers Organization soon. Who is who in APPO and what are their strategy in the continent?

Update: By JULIUS BARIGABA: The secretary general of the African Petroleum Producers Organisation Mahaman Laouan Gayaspoke with Julius Barigaba about the continent’s oil potential and why all countries with proven reserves need to join the group.

What is the mandate of your organisation?

APPO has been in operation since January 1987. It is a platform for African oil-producing countries to share knowledge and skills.

It has 18 member countries that account for about 99 per cent of Africa’s oil production, and at least 13 per cent globally.

APPO promotes joint initiatives across the value chain, including infrastructure and policies, to enable member countries to obtain better profits from oil.

Why are some African oil-producing countries not members?

This issue has been discussed extensively. We are seeking reforms to make APPO more appealing.

The framework for consultations and decisions of the new body have been reviewed, enlarged and improved.

As soon as it takes off, I am sure that there will be a rush for all African countries to join.

Africa needs unity and synergy in all sectors of its economy to boost growth.

Unlike the Organisation of Petroleum Exporting Countries (Opec) whose member countries come from Latin America, Africa and Asia, those of APPO come from one continent, making it easier to collaborate.

Out of our 54 countries, some 50 are oil producers or are exploring for it, both of which show promising prospects.

A country with proven reserves in hydrocarbons (not necessarily in the production phase) can join APPO.

Some countries give blanket concessions instead of production-sharing agreements. Are you helping member countries with contract models?

Sometime ago, I worked in an African country as an international energy expert with the United Nations Development Programme.

I realised that the country did not have modern oil legislation and yet foreign companies were exploring for oil.

APPO has helped this country to develop petroleum laws and start a training programme for executives in the oil sector.

African countries need proper legal and contractual oil frameworks, and we are helping them with it.

For example, we have developed the Guide for the Promotion of Local Content in the Oil and Gas Industry in Africa.

We are aiming to see countries achieve a 30 per cent ownership of activities across the value chain by 2030.

Uganda discovered oil in 2006, but is yet to produce its first barrel. What is the problem here?

Two things. First, the price of oil. As prices rise, countries want to go into quick production. When they decline, countries tend to slow down on production.

Then there is also the issue of countries dealing with multinational oil companies from Western countries that are not in a hurry to produce oil because they have reserves elsewhere.

Until they have exhausted these reserves, they will take their time. That is domination. This could be solved through co-operation.

Can Africa develop through its oil resources?

In recent decades, Africa has been at the heart of all kinds of debates, touching on the risk of its growing population and its immense potential, to its incomparable natural wealth, which has the potential to bring in more than $30 billion in revenue per year over the next two decades.

Some estimates put the oil reserves of African countries at 100 billion barrels.

Africa is rich in fossil energy resources like oil, gas, coal and uranium, as well as renewable energy sources like hydraulic, solar, wind, biomass and geothermal.

Additionally, Africa is inhabited by nearly one billion peoples, 60 per cent of whom are young, while Europe, America and Asia are increasingly ageing.

If Africa cannot get off the ground with all these resources, I am not sure that oil will be the one resource that will overcome the challenges of underdevelopment. The causes of Africa’s stagnation are more elsewhere than they are in oil.

So what needs to be done?

While the prospect of huge revenues from our natural resources may seem enticing, it also raises the issue of governance in this sector.

Often, the decline in oil prices has recessive effects in almost all African hydrocarbon-exporting countries, resulting into falling currencies, a sharp drop in tax revenues, slowing investments and project diversification, adjustment of the budget to a price twice as high, and more modest expansionary effects in other net importing countries.

Only a few countries have seized the opportunity to support their growth in a slightly more diversified economy; added to this, is the lack of basic infrastructure, the shortage of skilled labour, poor governance and corruption.

If African oil-producing countries have suffered and are still suffering from the fall in prices, it is because they have always had an unhealthy dependence on oil production, their savings are small or they have failed to diversify.

Oil producing countries need to diversify their economies to increase their resilience, otherwise they will struggle to raise revenues.

The trouble is that when the oil prices rise again, the politicians shelve or postpone their economic diversification speeches, until the next crisis.

Three African oil producing countries have joined OPEC since 2016. What’s behind this?

A number of African delegations attended the meeting of the Council of Ministers and the Opec International Seminar in Vienna in June.

Today, almost all African countries are in the research and/or hydrocarbon exploitation phase.

The oil- producing countries have a total production of close to 10 million barrels a day, and the entire continent has abundant potential.

Thus, a greater presence of African countries could consolidate Opec’s policy and position on the world oil scene. They could influence the price of a barrel of oil favourably.

What is the role of APPO vis-à-vis Opec?

We do not compete with Opec, to determine the price of oil. Our mandate is to promote co-operation among our members.

The global energy and oil geopolitics is constantly changing, and we need to reframe our organisation in this new context to generate real benefits for Africa, and to ensure sustainable development.

Africa’s oil potential is one of the largest in the world and with a better framework for co-operation and integration, Africa can align with the oil powers of today, to have a say in the global oil and energy spectrum.

APPO is the ideal vehicle to drive this change. Also, oil is a highly sensitive sector that calls for co-ordinated and a strategic approach.

In isolation, each African country cannot fight international oil capital. We need a framework for economic and strategic intelligence. This is the role our organisation intends to play.

What is the future of Africa’s oil industry?

North America, the Middle East and the North Sea, once pioneers of oil production, are today either in the phase of depletion or exploitation of unconventional hydrocarbons — the so-called gas and oil shale.

In Africa, however, only four countries began modest exploitation in the 1960s.

Today, some 20 countries are oil producers and about 30 others are prospecting and doing research.

Offshore and onshore basins, both off East Africa, the African part of the Indian Ocean, West Africa, and the hinterland countries are little explored and have good prospects.

Africa has proven oil and gas reserves in abundance.

The continent has more than 13 per cent of the world’s hydrocarbon reserves, but Western statistics tend to underestimate and devalue the potential of the continent. And better, over the past 15 years, one-third of the world’s oil discoveries have been in Africa.