Home Daily Security Briefing Somalia Will be a successful model for U.S. intervention in Syria and... 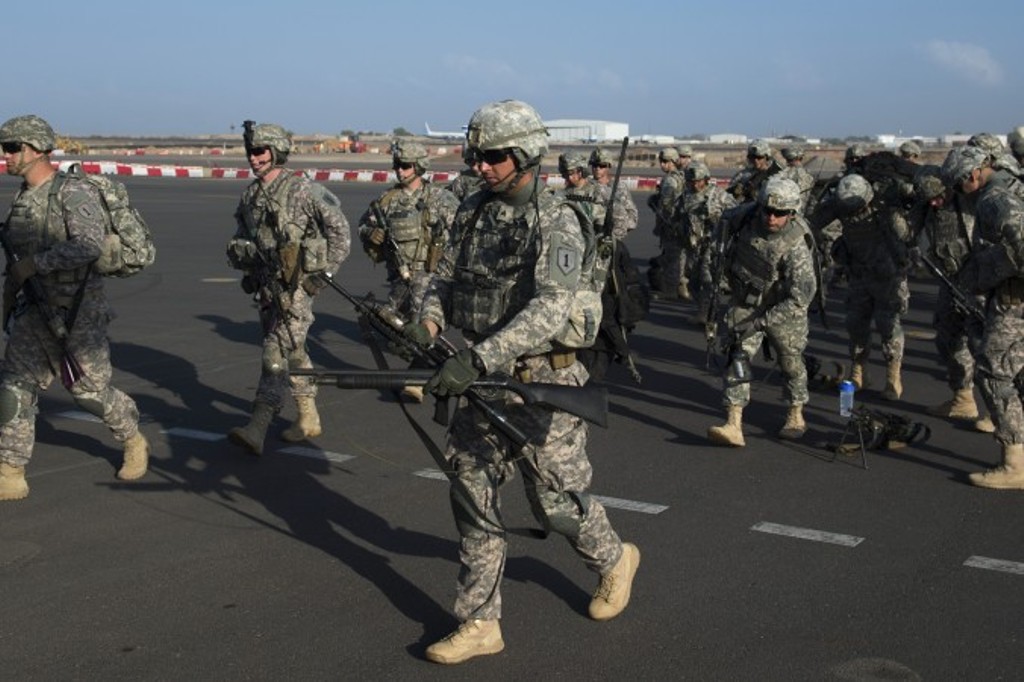 Nairobi (HAN) September 13, 2014 – Regional security and Public diplomacy news, by AFP Nairobi. The U.S. President Barack Obama has ordered a “relentless” war against the Islamic State, and has cited the ongoing intervention in Somalia as a model for intervention in Syria and Iraq.  So drawing on the experience of US operations against Somalia’s Al-Qaeda-linked Al-Shabaab rebels, what can the Islamic State expect to face in the coming months and years?

The first U.S. military challenge is likely to be intense eavesdropping, surveillance and attempts at infiltration aimed at building up a “who’s who” of the group and a picture of their power structure.

The Geeska Afrika Online is free government-funded in the region. HAN (Horn of Africa Newsline) shapes its editorial policy free from political and commercial influence.

In Somalia, Al-Shabaab’s leadership have been forced to operate without satellite or cell phones, fearful that their voices be identified and their location triangulated — and to some extent have been successful in evading the electronic spies.

After last year’s attack on the Westgate shopping mall in Nairobi, several intelligence officials admitted that they had failed to detect any incriminating “chatter” in the run-up to the siege, and even credited the Al-Shabaab with exhibiting “true tradecraft”.

“Occasionally they slip-up, but they have invariably resorted to using the paper and messenger system. They run a very tight ship,” a US official explained in a recent briefing on Shebab operations.

This is believed to be a result of the Shebab’s creation of an Amniyat branch, or internal security service, which maintains discipline and weeds out informers and infiltrators tempted to lay their hands on the millions of dollars offered by the US “Rewards for Justice” scheme.

US operations in Somalia also include drone surveillance and drone strikes — although the US official was at pains to stress that these always follow a clear chain of command and are by no means indiscriminate.

Earlier this month the US confirmed that Shebab leader Ahmed Abdi Godane perished in an attack in which US drones and manned aircraft, following up on what the Pentagon said was “actionable intelligence”, rained Hellfire missiles and laser-guided bombs on a gathering of commanders. Godane’s predecessor was also killed in a similar attack.

According to the Bureau of Investigative Journalism, which tracks US covert operations, the US has carried out around 20 such strikes in Somalia since 2001, killing around 173 people.
Haunted by the October 1993 Battle of Mogadishu that cost the lives of 18 US soldiers, policymakers have shown an aversion to putting boots on the ground and lining up troops for a conventional ground battle.

“The United States still has a hangover from ‘Black Hawk Down’,” an intelligence source was quoted as saying in a 2011 report by the Army Times on US operations in Somalia, referring to the shocking images of dead US troops being dragged through the streets of Mogadishu.

Proxy forces have been used too: in 2006, Washington backed neighbouring Ethiopia’s invasion to topple the Islamic Courts Union, a hardline coalition but which had managed to impose a degree of authority over the lawless nation.

The policy was disastrous: Ethiopia’s invasion sparked a bloody uprising, pulling out three years later leaving the Shebab powerful and in control of much of the south.

But troops have been deployed in limited numbers, including last year when US Navy SEALS conducted an amphibious raid on the southern port town of Barawe, a Shebab stronghold, in a bid to kill or capture a “high-value” Kenyan militant thought to command a unit of foreign fighters.

Another key element of the strategy has been the creation of a network of local intelligence agents, and building up relations with local warlords.

According to the Army Times, CIA agents operating from a network of secret sites have “used a carrot-and-stick approach, offering the warlords cash if they helped, with the implicit threat of US air power if they didn’t”.

Still, more than a decade into US operations in Somalia, the Shebab are still intact and as dangerous as ever — replacing their head each time it is taken off.

Dealing with the Islamic State in Syria, without the added advantage of a friendly local government and multinational ground force as in Somalia, could therefore be a long haul.

“You’re looking at a drawn-out operation, with the priority being containing the threat and protecting the homeland,” explained a European intelligence source familiar with operations in both Somalia and Syria.

“There is the need to put an intelligence structure in place, identify potential local allies, identify the key targets and then eliminate them, one by one,” he said.

“It’s a long process. Shebab have shown how they can adapt and survive, even when their organisation is decapitated. IS can be expected to do the same.”