Home frontpage Somalia: Why Puntland in peace and Mogadishu in crises? 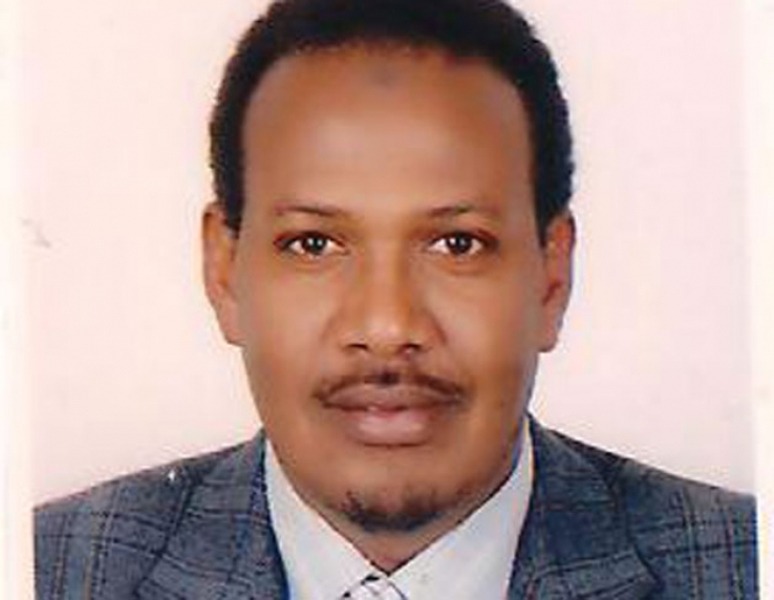 Bosaso (HAN) June 22, 2014. Expert Analysis, Your Power & Regional Influence Magazine, opinion page by: Dr.Ali Sheikh. The Somalis, as part of their tradition, are more often than not, attached to historical events so as to make ruling or find a solution to any standing problems. In that regard, the history of war and peace is a unique reference in the eye of Somali elders. Barely any events and stories pass without necessarily quoting war sayings and peace proverbs. Somalis are fussed by three forces as part of identity and survival, these are: pastoralism and culture which are a way of life, secondly the Somali language that stands out to be an exceptionally unique identity and order that brings them together and isolates them from other non Somalis, the third force is the clan politics-the latter is a vital fact as all Somalis believed political clan representation as a “matter of life and death.” Somalia remained a stateless society up until the emergence of the Ethiopian Somali freedom fighters and the commander of the Dervish forces, Sayyid Mohamed Abdulle Hassan, alias Mad-Mullah who liberated them from European colonization. The Dervish, which was the strongest army in the history of all Somalis in the Horn of Africa during the 19th century, had its headquarters in Puntland of Somalia. The Dervishes also operated faintly between different temporary locations such as Daratole (Doolo zone-Ethiopia,) Buuhoodle (Danot District of the Ethiopian side), Eyl District, Aynabo and Taleeh districts. However, Sayyid Mohamed Abdulle Hassan never considered South Somalia, mainly Mogadishu, the headquarters. His reason was perhaps that he could not trust any pledge of loyalty from Mogadishu residents. For some reasons the past leaders of Somalia, including the late president Abdullahi Yusuf, never agreed to the idea that Mogadishu is an appropriate capital city for Somalia. They believed that there were numerically small tribes with fragmented Persian and Arabian genealogy who dwelt in Mogadishu long before the arrival of European (Italian) colonialists that crowded Mogadishu. The Hawiye tribe, who arrived late to Mogadishu city, badly mishandled minority tribes in Mogadishu with impunity, and exempted them from the city leadership administration. This uncouth aggression from the Hawiye tribe against the minority Mogadishu tribes made the glorious Mogadishu unstable and a “time bomb city.”

Mogadishu, since the collapse of the Said Barre regime in 1991 became an apparition city; a city of death, devastation, rape and looting; it has entirely lost its fame and pleasure in the eyes of Somalis. Many Somali elites believe that Mogadishu featured the endless Somali civil war needs to be taken into account critically and re-analyzed if at all a national reconciliation is foreseeable solution for Somalia.  If an area becomes devastating and by extension an “axis of evil” hideout, the only solution could be shifting it out completely or imposing total isolation in order to punish the inhabitant, however, the later resolution is not a preferred choice.

Mogadishu continues to be the spotlight of so much demolition and human death when other cities such as Garowe, Hargeysa, Kismayo and more enjoy some sort of diminutive security and stability. The metropolitan city (Mogadishu) has completely lost its attraction drastically, simply because of the continuous onslaught of human beings. Thus it is very normal and acceptable for a country to change its capital city as long as it is for the interest and benefit of its people. The most imperative element in human emotion and psychology is “peace,” if this element is under threat, human beings’ capacity of creativity and production will cease, leadership will disappear and all hopes will shrink desperately. Consequently, any desire of change of a country capital city is normally based in three factors, i.e. political, social and economic reasons, considering the past example of various countries that changed their capital city, such as Tanzania-changed capital from Dar es Salaam to Dodoma and Nigeria changed her capital city from Lagos to Abuja. The then Somalia Transitional Federal Government’s decision to use Baydhabo as a temporary seat for the government was also a courageous and important political decision that brought relative stability in the country in those days of late president Abdullahi Yusuf.

In just about two perfect decades and plus, Somalia is in a civil war; killing and counter-killing became the order of the day. Somalia refugees scattered all over the five continents in the globe. Suffering and insolvency subjugated the world medias. Insurgencies of different fashions and with diverse ideologies ranging from ‘warlordism’, religious fundamentalism, and certain ‘cartelism’ conquered Somalia’s affairs in a fashion no less than the cruelest irony of the 21st century. Much more is the fundamental abuse of honor and virtue in Somalia.

The worst form of human catastrophe has swallowed Mogadishu.  High level of crimes committed against humanity in Somalia took place in Mogadishu and its vicinity. No man better knows what good is than he who has endured evil of killing in Mogadishu. Each and every one of the successive Transitional Federal Governments formed since 1992 suffered humiliating defeats from sympathizers of the axis of evil permanently stationed in Mogadishu. All the religious and warlords insurgencies were basically sheltered in Mogadishu and its immediate environs. Although faint peace and stability was apprehended in other parts of Somalia such as Puntland, Somaliland and of late increasingly in Jubaland, still the headhunting, public shootings, bomb blasts, summary executions and all sorts of evil against humanity are carried out in Mogadishu.

Garowe city, one of the Somali commercial towns was formally incorporated into Italian-ruled Somalia during the colonial period. Following the Somalia independence in 1960, Garowe was made a district center of Bosaso, the seaport city with a perfect natural harbor. The city would subsequently be re-assigned in the early 1970s as the regional capital of an area consisting of Las Anod and Eyl. With a leg on each side of the Nugal Valley, this new administrative division was later named  the Nugal province.

Following the outbreak of the civil war in 1991, Garowe was the only city that experienced the least war vandalism; a homogenous commercial city was later renamed as the capital of Puntland, autonomous state of Somalia a homegrown constitutional conference was held in Garowe in 1998 over a period of three months, first of its kind in any part of Somalia since the collapse of the Said Bare regime. Attended by the area’s political elite, traditional elders (Issims,) members of the business community, intellectuals and other civil society representatives, the autonomous Puntland State of Somalia was subsequently officially established so as to deliver services to the population, offer security, facilitate trade, and interact with both domestic and international partners.

Puntland is a historical identity for all Somalis; every Somali ancestor has got a time immemorial historical reference to Puntland. It is the part of Somalia that had a long history of trade dealings with the pharaoh kingdom of Egypt. In addition, Puntland has a history of respecting conventions such as the trade dealings with Said Barqash, the Sultan of Zanzibar and the British protectorate of Somaliland. Garowe city at the moment is a perfect option for being Somalia’s capital city. As the saying goes “diversity is the touchstone of virtue.” Somalia at present needs a new capital city, a new formula to replace the endless Mogadishu desolation, and open a new chapter of peace and reconciliation as change is as good as rest.

Geeska Afrika Online regular Contributors & Columns By. Dr.  Ali Sheikh is an MBA-IB. The views expressed in this article do not necessarily reflect the views of The Reporter.