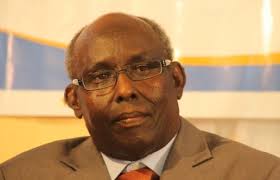 Mogadishu (HAN) June 16, 2015 – Public Diplomacy and Regional Safety and Security News . By Mohamud M. Uluso, “Somali Compact progress report”.  Despite the crisis, there was some progress on key political milestones, according to Nichlas Kay. But the question is, Why Italy is campaigning against Somali Compact on State-building?

Italy works against the Somali Compact on Statebuilding : On May 6, the Italian Institute for International Affairs- “Istituto Affari Internazionali (IAI)” in Rome- held one day high level closed door seminar sponsored by the Ministry of Foreign Affairs and International Cooperation and the Embassy of Italy to Somalia. The Title of the Seminar was “Somali Perspectives: Institutional and Political Challenges.”

The report of the seminar highlights the participants’ positions and suggestions on Federalism and the nexus between security and development. It suggests change of policy priority of Italy towards Somalia from “state to state” relation to “state to regional federal states” relation. It also proposes the mobilization of international support for the clan dominated regional States at the expense of the Somali State which itself exists ostensibly.

The suggested policy shift of Italy subverts the Somali priorities listed in the 2012 provisional constitution, then restated in the Somali Compact between the Federal Government of Somalia (FGS) and the International donor Community (Partners) agreed upon in Brussels, Belgium in September 2013, for the promotion of peacebuilding and statebuilding in Somalia.

The organizers of the seminar passed up the opportunity to get fair and balanced Somali perspectives because they avoided to invite critical observers of the current troubling reality in Somalia exacerbated by the implementation of federalism without constitutional and legislative provisions. Therefore, the recommendations of the report are based on incomplete or inaccurate assessment of the reality in Somalia.

The report reemphasizes the view of “clan” federalism as “the most viable option to stabilize Somalia after 20 years of conflict and fragmentation,” and as a fact on the ground. Two of the fallacious reasons adduced in support of this view are “to prevent the reimplementation of failed policies in centrally controlled system of government in Mogadishu and “to compensate the inability of the central government to maintain control over the national territory.”

Those fallacious reasons assume two things. First, every government in the capital Mogadishu is prototype of the ousted military dictatorship regime. Second, a capable central government based in Mogadishu failed to maintain control over the national territory for incompetence. Both assumptions are false.

In reality, the federal government lacks the legitimacy and ability to exercise control over territory beyond Mogadishu. On the other hand, the return of dictatorship is possible only when the Somali citizens tolerate the violations of the fundamental democratic principles of the provisional constitution. No respect for the rule of law and individual liberty is license for abuse of power, corruption, and anarchy.

Today, the highest priority for Somalia is the unity of the people and integration of the territory divided by the civil war and the re-establishment of legitimate and effective central authority that strictly adheres to the constitution and the principles of good governance. The critical challenge is not the division of competence between central and local governments but it is the embracing of shared future through reconciliation, common territorial and political ownership, and allegiance to common citizenship.

The US Secretary of State said in Mogadishu, “We all have a stake in what happens here in Somalia. The world cannot afford to have places on the map that are essentially ungoverned.” Today, Somalia is practically no different from an ungoverned place.

Continued disputes and hostilities among regional authorities prevent the effectiveness of national central authority able to provide leadership, national representation, justice, security, and socio-economic development to the Somali citizens. Somalia will not be an independent and sovereign state without an effective central authority protected by Somali national security and defense forces.

The participants of the seminar recognized that the form or model of the Somali federalism is yet to be defined and formalized in constitution. This fact defeats the argument that clan federalism is a fact or necessity or the only option against disintegration.

Clan federalism cannot heal the social ills caused by civil war. Contrary, it deepens national disintegration and disharmony. The current “censure motion” of the federal parliament against Jubbaland State, the exchange of accusations between Southwest and Jubbaland leaders, and the vehement opposition of Puntland against the formation of Mudug and Galgudud state and possible war over Galkaio control substantiate the claim that clan federalism is an obstacle to Somali national solidarity and progress. More worrying is that the syndrome of clan federalism in Somalia has traversed into the Somali inhabited regions of Ethiopia and Kenya, and fomented clan wars intended to impose the domination of clans supported by government forces.

Ironically, the people and political forces of Italy rejected federal system that divides the country into north and south or into autonomous regions and metropolitans spearheaded by the Lega Nord and Forza Italia. They supported political and fiscal decentralization under a unitary system of governance. The main reason for the rejection of federalism was to maintain national unity, equal welfare, and citizenship. Therefore, Somalia should not be an experiment for federalism that separates people by keeping alive civil war scars and grievances.

The release of IAI report coincided with the publication of the research paper of Professor Afyare Elmi in May 2015 under the title, “Decentralized Unitary System: A Possible Middle Ground Model for Somalia.” The research paper focused on the question for rebuilding a sustainable, independent, sovereign, and democratic State of Somalia.

Professor Afyare identified four major domestic grievances that are vexing the Somali people: Trust deficit; Demand for democracy; Access to basic service; and Call for equitable share of resources. The neighboring countries (Ethiopia and Kenya), the international community, and Somali leaders used these grievances to push for clan based federalism as a solution that keeps each clan in separate traditional territories.

Through objective analysis of the current literature on various forms of federalism and the Somali history and culture, Professor Afyare has concluded that a decentralized unitary system is the most suitable model of governance for Somalia. He made the unity of the country as the central tenet for rebuilding the Somali State without overlooking the necessity to address domestic grievances and any legitimate external interest. The meltdown of clan federalism paves the way for a decentralized unitary system

Somalia needs a central government that respects the democratic system of governance and able to provide the functions of State. The establishment of an effective central authority complemented by subsidiary local authorities with powers, responsibilities, and adequate resources to govern, is essential to leave behind the stigma of failed state.