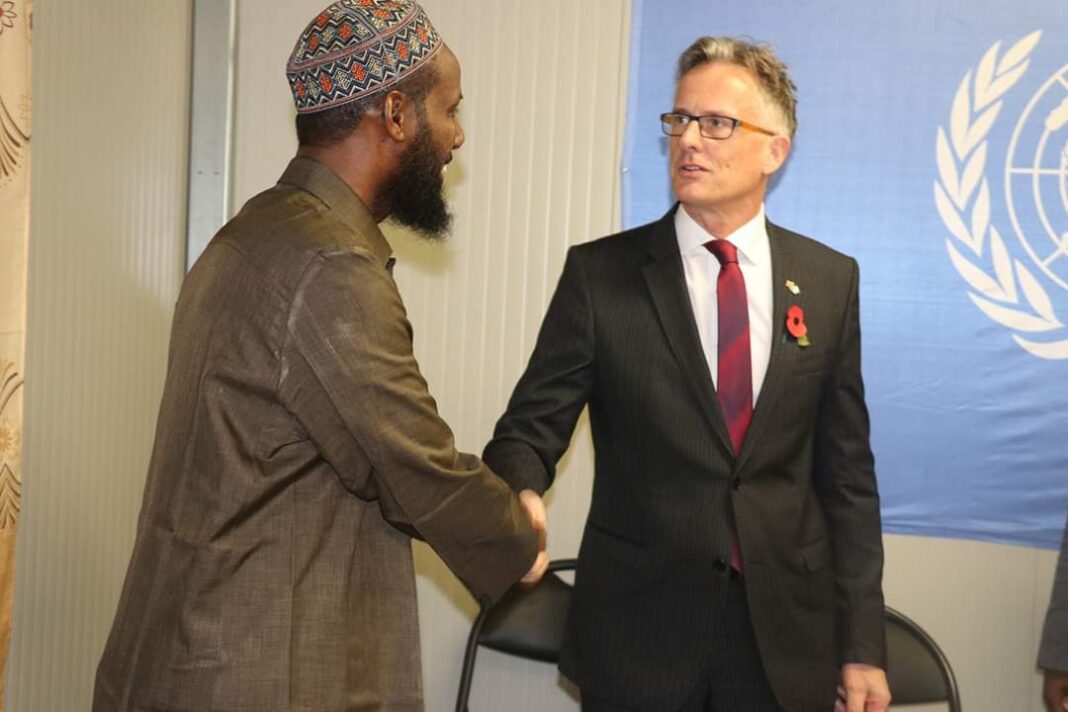 From Jihadist to Defector to Democrat?

Much has changed for Mukhtar “Abu Mansur” Robow. Robow led the jihadists not only in their fight against the Somali government and allied international forces but also in their enactment of territorial governance and implementation of a harsh form of Islamic law (shari’a). That month, according to an al-Shabaab communiqué from the time, he and other senior al-Shabaab officials delivered public speeches announcing the jihadist-insurgent rulers’ new system of law and order.

The National Independent Electoral Commission registered six new political parties. One of the parties is the “Peace and Justice Party” led by Mukhtar Robow Abu Mansour who is under house arrest. The former Al-Shabaab No. 2 was blocked from running for regional leadership in 2018 https://t.co/c0LQEKbyNY

Robow’s candidacy raised uncomfortable questions about how international actors, including the United States, the European Union, and the United Nations, should engage with him if he was elected. Despite having been recently removed from the U.S. State Department’s “most wanted terrorists” list, Robow remains under U.N. Security Council sanctions and, as of a few weeks ago, is on the U.S. Treasury Department’s Office of Foreign Assets Control sanctions list.

Before detaining Robow, the Somali federal government tried — and failed — to block him from running, in part by raising the spectre of his violent past in an attempt to stir up regional opposition to his candidacy, particularly in Ethiopia and Kenya. The ultimate decision to detain him was criticized by some within the government, including the speaker of the federal parliament, who has called for the Robow’s unconditional release.

Robow’s detention not only removed a major challenger to the federal government’s preferred candidate, Abdiaziz Hassan Mohamed “Lafta Gareen,” but also eliminated the need for the United States, United Nations, and other international governments and bodies to face the difficult question of whether and how to engage with Robow if he had won. This question was all the more salient because of continuing U.S. and U.N. sanctions against Robow and doubts among his critics about whether he had truly abandoned militant Islamism when he foreswore al-Shabaab, or whether this was a pragmatic move made for his own survival rather than a true ideological transformation and rejection of jihadism.

Ten years later, in October 2018, Robow, who once condemned democracy as “unbelief” (kufr), announced his candidacy for the presidency of Somalia’s South West State. The country’s federal government maintains ever-fluctuating, often combative relations with the administrations of regional states. Robow’s announcement set off an intense debate about the prospects of an ex-jihadist gaining a leadership position through democratic elections.

His campaign shook up Somali federal and regional politics. But the federal government, backed by Ethiopian military forces, ultimately blocked him from participating and eventually detained him. His detention, which his supporters saw as the result of the federal government’s blatant interference in South West State’s regional government and an attempt to broaden federal power over the regional states, raised concerns from Somali politicians and international organizations — including the United Nations — about the rule of law, the federal executive branch sliding toward authoritarian tendencies, and the harming of counter-terrorism and counter-insurgency efforts.