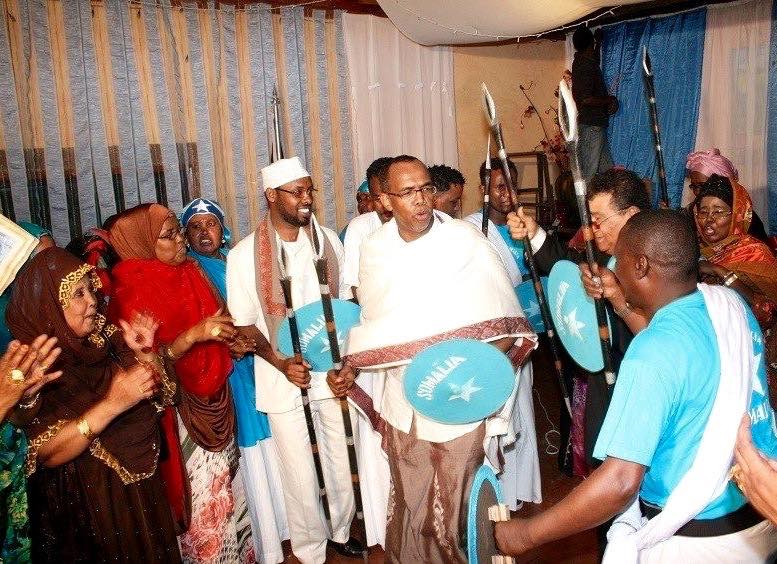 Mogadishu (HAN) March 13, 2015– Weekly Security and deadly suicide attacks briefing News. The Suicide sttacks by Al-Shabaab militants on the southern Somali town of Wanla-Weyn has been successfully repulsed by Ethiopian peacekeeping forces with Somali National Army (SNA). The local Police officer, Abdiwali Farah claimed that five people were killed in the raid by the militants of Al-Shabaab who were forced back by Ethiopian forces (AMISOM). Three of the victims were policemen while the other two were civilians, he said rejecting Al-Shabaab claims that ten of the Ethiopian peacekeepers were killed. The town of Wanla-Weyn which was captured from Al-Shabaab in 2012 is seen as a strategic town linking southern and central Somalia.

The Somali Al-Shabaab militants used heavy weapons and  guns in the attack and allegedly looted shops before they were forced to flee by Ethiopian forces who were dispatched to the frontline. The militant  Al-Shabaab spokesperson Abdiaziz Abu Musca said the raid was a tactical move but did not elaborate. Somali and AU troops on Tuesday announced the capture of the strategic town of Masjid Ali Gadud from Shabaab fighters who have been driven from much of their strongholds in south and central Somalia. The militants still control large swathes of territory in southern Somalia and retain the capacity to unleash suicide bombers on the capital Mogadishu.
The Security issues inside the Capital Mogadishu: According to security reporter in Mogadishu, Security in Mogadishu has been tightened following recent deadly suicide attacks and assassinations that raised concerns about the government’s ability to protect civilians. In the past few months, insurgents fighting the Western-backed government have intensified attacks, which claimed the lives of many people including government officials. Security forces searched vehicles entering the capital and increased the number of checkpoints in the city, along with foot patrols and vehicle patrols, local residents said. The move followed after the Security ministry officials revealed that Al-Shabaab extremists are planning to launch fresh attacks in the Somali capital, Mogadishu.

Last week, 11 Security and Intelligence senior officials were arrested. They are suspected of having links with the militant group that launched attack on a Mogadishu hotel. Deputy Attorney General of Somalia told reporters in Mogadishu that some of the accused officers have been transferred to the Central Prison. “Investigations are still under way and they will be taken to court…They are not criminals until their case has got evidence,’’ said Ahmed Ali Abukar. However, Analysts believe that the recent attacks in Mogadishu do not reflect a stronger Al- Shabaab but rather exposes deficiencies in the security apparatus.
Somali National Army captured Southern Somali Town: The Somali National Army spokesman in Gedo region said that SNA and AMISON troops are preparing to advance on the rebel held town of Baardhere. Col. Khalif Noor Xirey of SNA said troops in Luuq, together with African peacekeepers are in their final preparation to launch an attack on the town which is held by Al-shabaab insurgents.

“We move quickly on Bardhere, we will eliminate Al-shabaab from wherever they are,” said the colonel.