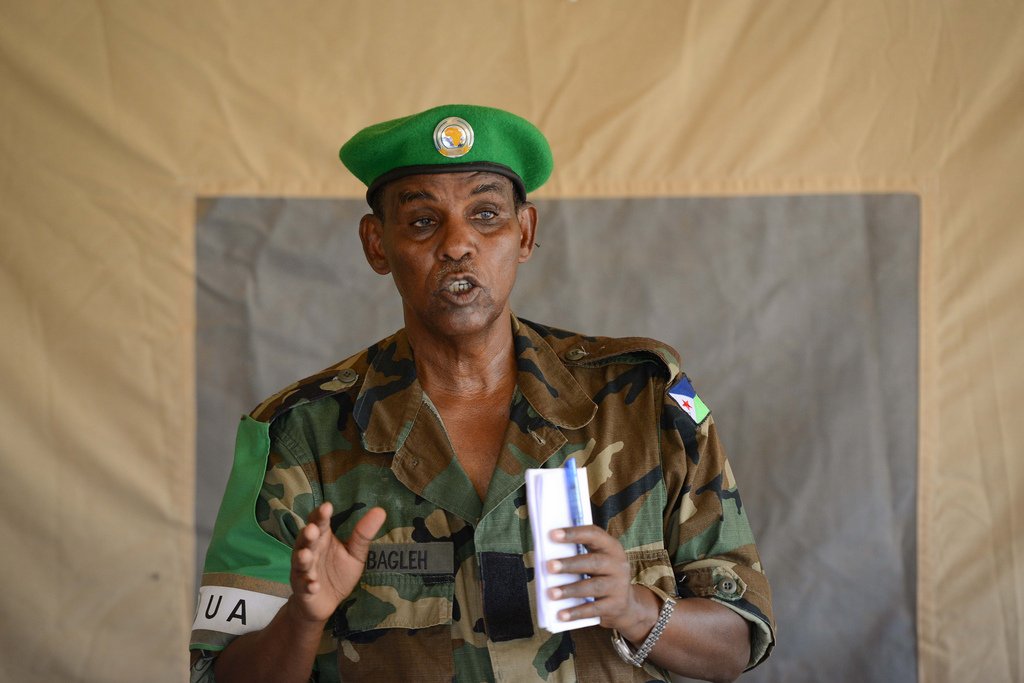 Minister for Internal Security, Abdirisak Omar Mohamed, said the country’s security forces will work with Lt. General Osman Noor Soubagleh to ensure Al-Shabaab militants are defeated and peace is restored to the country.

“I have worked with Gen Soubagleh in the past; he is someone who can make change,” Mohamed said in a statement issued on Monday.

He said the Somali forces and the AMISOM troops under the leadership of the new force commander would help boost security in Somalia.

The officials were speaking on Sunday evening during a gathering to welcome the new AMISOM force commander.

Al-Shabaab militants have of late increased their attacks on AMISOM bases, hotels and public utilities in a bid to topple the Somali government.

Dozens of people have been killed in the past months in Al-Shabaab attacks in the capital Mogadishu and southern Somalia.

Soubagleh on his part appealed for joint efforts in fighting Al-Shabaab.
“We must take initiative to fight them in their safe havens. We must isolate them from the population and provide Somali people with security and enable them to rebuild their country,” the AMISOM commander said.

“We cannot achieve this alone as AMISOM. We need the Federal Government of Somalia and the Somali National Forces’ support and assistance from our partners,” he added.

Soubagleh officially assumed office last month, with the key task being to help the Somali army maintain security during the forthcoming general elections in Somalia, and ensuring the fight against Al-Shabaab is sustained and more areas liberated.