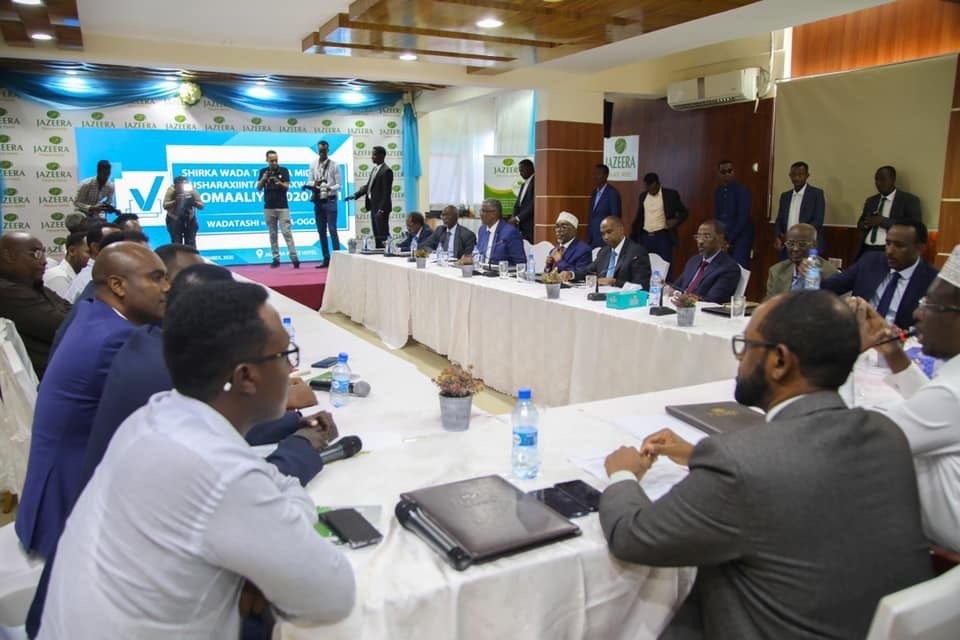 Share on Facebook
Tweet on Twitter
MOGADISHU (HAN) December 10.2020. Public Diplomacy and Regional Stability Initiatives News. Monitoring Regional Issues. The disputed electoral committee announced by Somali Federal government had started their work, even though there were serious complaints against some of the members. They are working and living in very expensive hotel paid with the public funds
This move is seen to be irresponsible and provocative. In response to their action, in close by hotel, the opposition groups have appointed 28 member electoral committee who are intended to work on a parallel process , but at least, this group is not funded with public money. 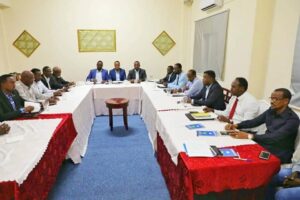 Surely, the public and international community have voiced their objections to the initiation of parallel process. It is clear that these tit for tat exercises are not serving  the interest of country.
The Somali people are well informed  and can not be misled. They want the government and opposition groups to compromise and work together for the public good. The situation is tense now and the country is on the brink of violence.
The former presidents and their team are working day and night to fulfil their promise of working to hold parallel election. Behind doors, they met with the president’s  representatives who offered concession off fifty-fifty plan to appoint a new electoral committee.
Given the track records of the current admiration, all opposition groups are working on the assumption that the president is not reliable and not be trusted with anything  in any circumstances. 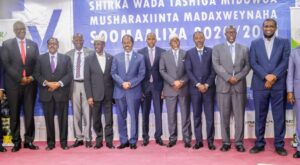 Analyst believe the current government has missed read the signals correctly and it is sleepwalking into dangerous zone and its tenure is likely to run out soon. Any compromise is good and will make the situation calm.
It is also good for the president in order he dares to save the country from a renewed civil war. It would have been a bold move if he has to withdraw his disputed electoral committee and open with the opposition an honest dialogue led by the prime minister. That is the only compromise out from this mess that the current administration to do at this stage.
The alternative is that the president is to stick with his guns and wishes that every thing will be aright. That will be disastrous policy for the country which has been slowly recovering of many years of violence and in any cist ought to be avoided.
The civil society groups expressed their views clearly and  publicly. They said the government and opposition must be forced to come to the table to sort out their difference amicably and hold peaceful election.
In conclusion, respected leader within the civil society group said, “ the country has never been this tense in previous elections. The blame of this confrontation lies at president Farmajo’s door. We expect him a compromise.
We met the opposition and their demands of peaceful elections are clear and reasonable. We are not sure about the president. The voices for peaceful election are loader and reasonable if one wants to heed.”
By Mohamed Mohamud Adde.
The author is an academic and an independent Somali Political Analyst who is based in Mogadishu.