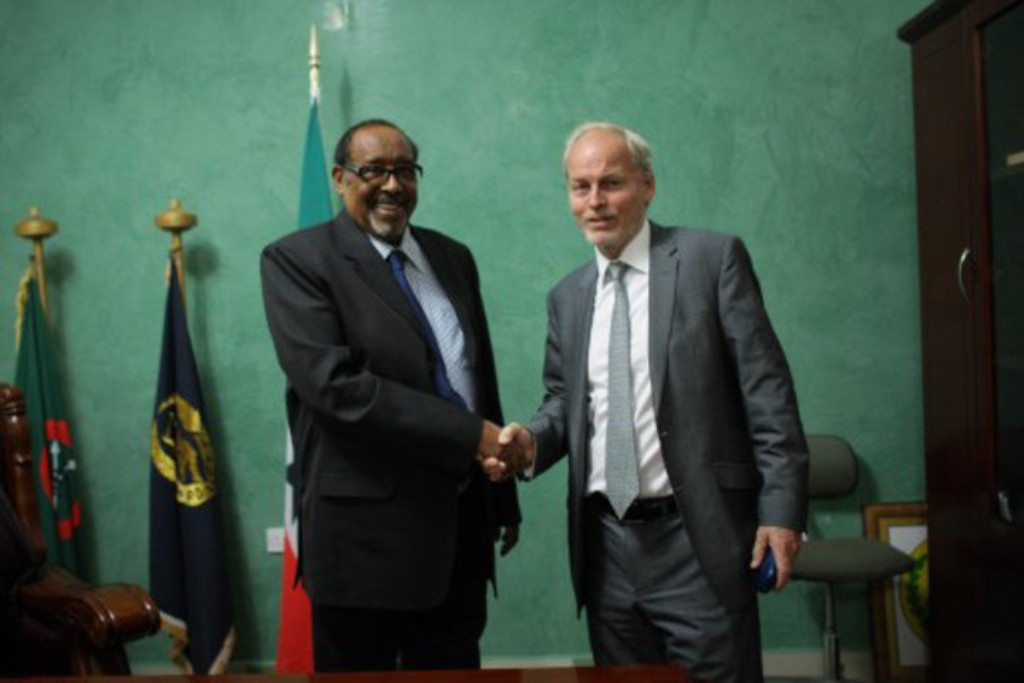 Mogadishu (HAN) September 9, 2014, Regional security and public diplomacy news. The Special United Nations Representative for Somalia, Nicholas Kay in Mogadishu urged political rivals in the south-western part of the country to take another step towards peace and stability with the establishment of a new interim regional administration.

“I urge those who remain outside the process to support the agreement and contribute to building a federal Somalia,” the Special Representative of the Secretary-General, Nicholas Kay, said during a visit to Baidoa.

He is in the area to support the Federal Government and local efforts to establish a new interim administration which would comprise regions of Bay, Bakool, and Lower Shabelle.

“All parties should continue their work constructively and peacefully, and avoid any actions that might undermine peace and security,” noted Mr. Kay, who is also the head of the UN Assistance Mission in Somalia (UNSOM).

While in Baidoa, the senior UN official met with the Speaker of the Somali Federal Parliament, Mohamed Osman Jawari, as well as signatories to the agreement on an interim administration in south west Somalia and members of the technical committee established to implement it.

The agreement was formed in June, after supporters of two different state formation processes met in the capital, Mogadishu.

United Nations Representative for Somalia, Nicholas Kay reiterated his encouragement on stakeholders to expedite the implementation of the agreement.

“The momentum of Somalia’s state-building process must not be interrupted; it is a critical part of the country’s path towards peace and stability,” he stressed.

UNSOM, established by the UN Security Council in June of last year, is mandated to support the Federal Government of Somalia with its peace and state building agenda, including the federalism process, review of the provisional constitution and elections in 2016. It also works to strengthen Somalia’s security sector, promote respect for human rights and women’s empowerment and assist in the coordination of international assistance.
Photo: Somaliland President Ahmed Mohamed Silanyo greets UN Special Representative to Somalia Nicholas Kay in Hargeisa last month.

Somaliland: The fragility security in the Horn of Africa