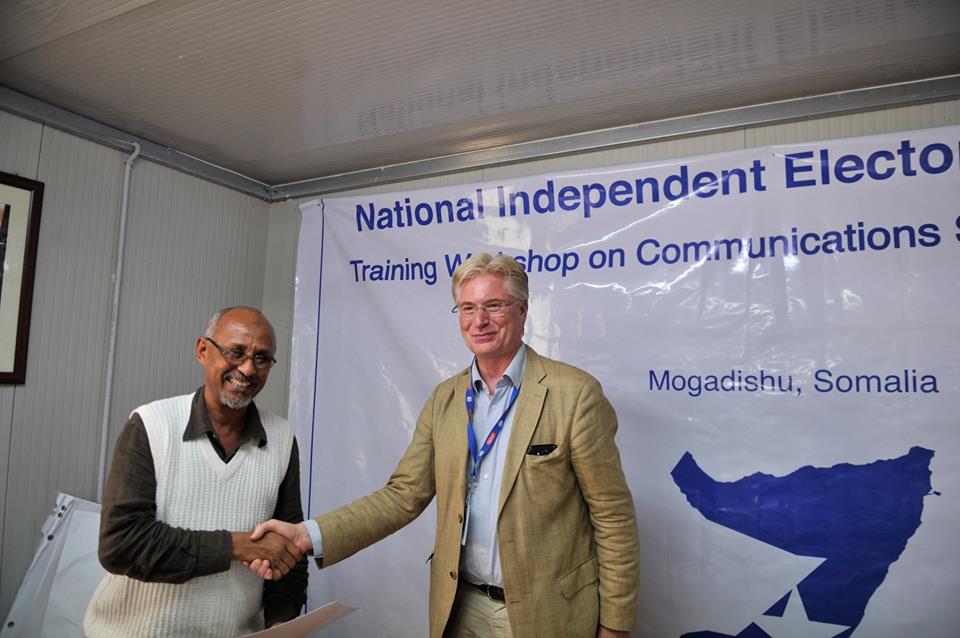 Mogadishu  (HAN) October 15, 2015 – Breaking News – Public Diplomacy and Regional Security Initiatives News.  – The United Nations Support Office for the African Union Mission in Somalia (UNSOA) will need to be “significantly” strengthened, the Under-Secretary-General for Field Support told the UN Security Council today, with its efforts reprioritized around strategic objectives set by the 15 member body and within areas of African Union operations with the Somali National Army.

Laying out a series of proposals, Atul Khare said such changes meant redefining the Support Office’s clients as the African Union Mission in Somalia (AMISOM), the UN Assistance Mission in Somalia (UNSOM) and the Somalia National Army. Medical support infrastructure would be extended on a limited basis to provide medical evacuation assistance to the Somali National Police in areas where AMISOM operated. While the Secretariat would do its part, critical support would need to come from the Council, the General Assembly, Member States and the African Union.

A three-month strategic review of the Support Office, from July to September, had found that its resources had not kept pace with the “dramatic expansion of its tasks,” which now included support to both high-intensity military operations, as well as highly mobile political engagement in Somalia and beyond. The clients had grown from one to five, and the number of personnel it supported from 8,000 to 33,000 – all in an area that had expanded from 100 square kilometres to more than 400,000.

“UNSOA is working in a significantly non-permissive environment with the backdrop of the scourge of Al Shabaab, and a continuing humanitarian crisis,” he explained, recalling that fatalities in AMISOM last year exceeded the combined fatalities from malicious acts in all UN peacekeeping operations combined. In the last 18 months, UN personnel and facilities had been attacked an average of once every 10 weeks.

The logistical enabling environment is also weak, Mr. Khare continued, affected by insecurity in the major supply routes, where three quarters of all improvised explosive device attacks against AMISOM occur. While proud of what UNSOA has achieved with its comparatively small and restricted resource base, he said that has come at the expense of effective service delivery in critical areas of maintenance services, field defence supplies, tentage, mobility and construction.

As such, future efforts would also be refocused on “surge support”, he said, to address critical gaps, strengthening human rights due diligence policy and sexual exploitation and abuse compliance, coordination and joint decision-making frameworks, and environmental stewardship.

The Council would need to strengthen the Support Office’s accountability framework, he said, through a single, clear mandate focused on the delivery of support to – but operationally separate from – its clients. That would require a stronger reporting relationship with the Council; a leadership function headed by an Assistant Secretary-General and a new name.

Clear roles for the delivery of logistical support had been agreed with the African Union Mission. Encouraged by the Union’s efforts to generate the enabling units authorized as part of AMISOM, he said that, in parallel, UNSOA would support the establishment of those units in all sectors of the Union’s operations to support the opening of the main supply routes.

He hoped to present proposals to the General Assembly for strengthening the Support Office, he said, which would likely represent a $60 million annual increase and a one-time cost of $13 million in investment.

He would send Assistant Secretary-General for Field Support Anthony Nathan Banbury to Somalia from 18 to 20 October to follow up on the Council’s guidance. During Mr. Banbury’s visit, on 19 October, he would also address the Support Office staff. Sourses UN.  Gerald Mitchell, UNSOM’s Chief Electoral Advisor in Mogadisho/Photo