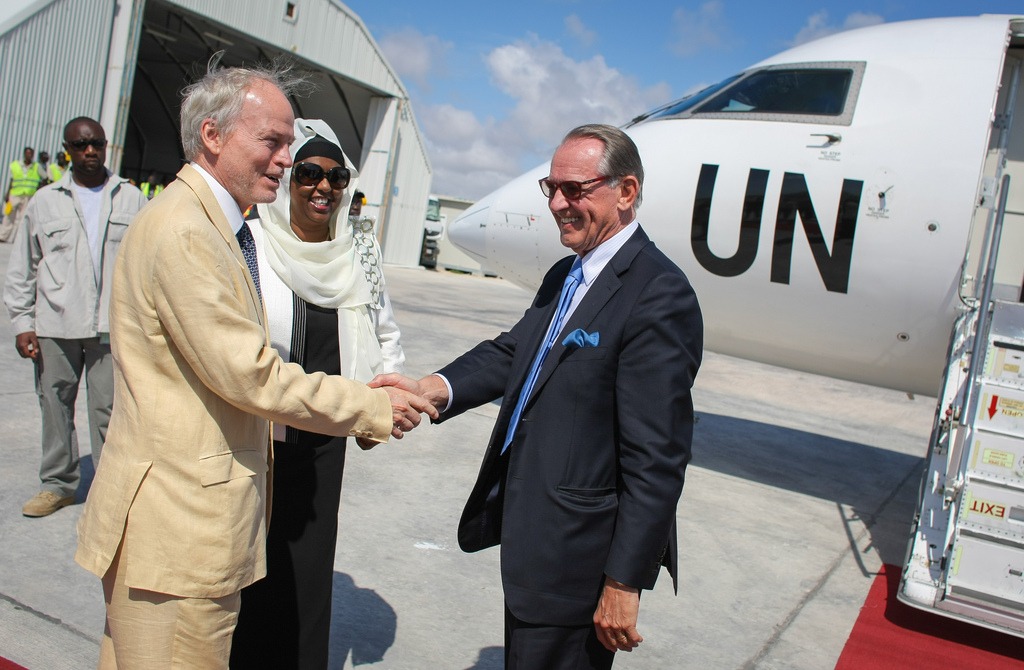 Mogadishu (HAN) December 23, 2014 – Public diplomacy and Humanitarian related Security issues. Diplomacy in Action interview with Nicholas Kay.  Ambassador Nicholas Kay provides Reporter with exclusive analysis of the recent political developments in the Somali Regions, the role the UNSOM has played in Somalia for peace, security and reconstruction efforts for new Somalia in 2016 .

United Nations efforts to achieve peace, reconciliation and stability in Somalia are led and coordinated by the UN Assistance Mission in Somalia (UNSOM), a field operation of the Department of Political Affairs established in the Somali capital of Mogadishu in June 2013.

In this interview, Special Representative of the Secretary-General in Somalia, Nicholas Kay, reflects on that first year and developments in a new Somalia.