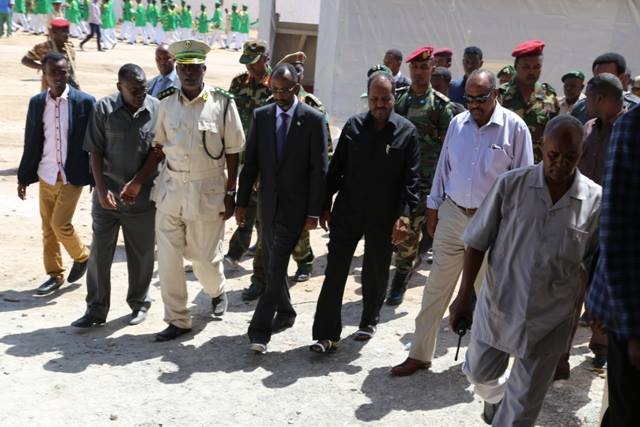 assassination of His Excellency Abdiaziz Isaaq Mursal, parlimentarian to be killed in less than 48 hours in Mogadishu – the top United Nations official in the country strongly condemned the incident and pledged the world

body’s resolve in standing by the Somali people as they worked to build a stable, peaceful country.

A member of Somalia’s Federal Parliament, Mr. Mursal was shot dead by Al-Shabaab gunmen, according to a statement issued by the UN Assistance Mission in Somalia (UNSOM), which notes that the fresh violence in

Mogadishu also included the killing of one night before, a media worker; news archive reporter.

His excellency  Mursal is the second parliamentarian to be murdered in the capital in less than 48 hours, following the death of Isaak Mohamed Rino, who was killed early yesterday when an improvised explosive device

planted in his vehicle detonated. UNSOM says that the Al-Shabaab militant group has claimed responsibility for both attacks.

“I am appalled to learn of the death of Mr. Mursal and I condemn his murder in the strongest terms,” said the Secretary-General’s Special Representative, Nicholas Kay, who added that he was also saddened by the shooting  death of Radio Dalsan worker Muhammad Hassan Amar. “The media must be allowed to carry out their work without fear of attack,” he said.
The Power & Influence page of Geeska Afrika Online:  Somalia’s Federal parliamentary speaker condemns the recent killing of at least 15 people, including two lawmakers, byAl-Shabaab militants. The targeted

assassinations  took place in Mogadishu, Baydhaba and Kismayo this week.
Mr. Kay went on to say: “I am concerned by the recent attacks we have seen in Mogadishu. We remain resolute in our support for the Somali people and their representatives as they work to realize their hopes and aspirations

for a peaceful and stable future.”

“The people responsible for these heinous crimes have nothing to offer the Somali people but violence and insecurity. I call on the authorities to investigate these attacks and bring the perpetrators to justice as quickly as possible,” said Mr. Kay, who also heads UNSOM.

He offered his sincere condolences to the family and friends of Mr. Mursal and Mr. Amar, as well as to the Federal Parliament of Somalia and the country’s media fraternity.