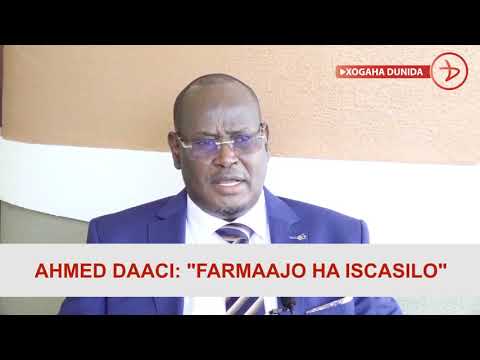 MOGADISHU (HAN) April 25. 2021. Public Diplomacy and Regional Stability Initiatives News. Monitoring Regional Issues. Mogadishu is on the brink full scale violence. Sporadic gunfire can be heard in Mogadishu central late into Sunday evening. Fighting started when house of former President Hassan Sheikh Mohamud and Abdirahman Abdishakur was attacked at their residence by forces under the command of outgoing President Farmaajo. Farmajo’s forces raided my residence. We have warned in the past that the army could be used for political purposes. Any consequences of the attack will be bear by Farmaajo, says Abdirahman Abdishakur.

PM Mohamed Hussein Roble ‘greatly regrets’ the skirmish in Mogadishu on Sunday, says the Govt believes dialogue is the best way to resolve the ongoing crisis in Somalia.

The opposition candidates accuse Amisom of providing ammunition to NISA boss Fahad Yassin to be used in the attack. They warn Turkey and Amisom not to participate in the war and take a firm stand against it.