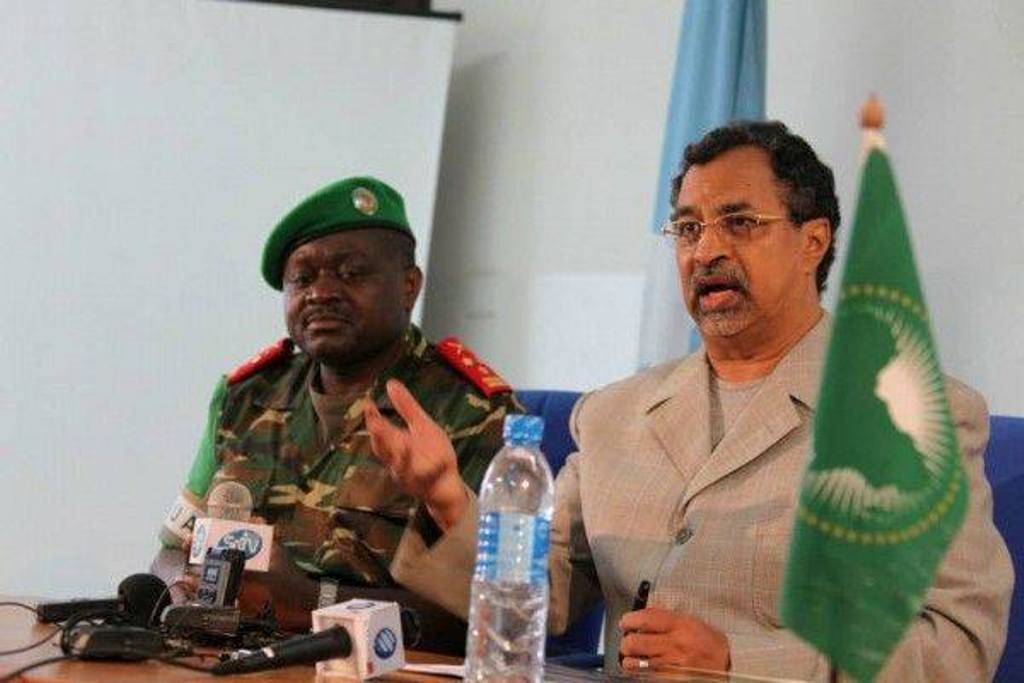 Mogadishu (HAN) June 20, 2014 – Regional Anti-terror military command news update.  The U.S. government and its allies in East Africa say the interventionist strategy is slowly bolstering security in war-torn and famine-stricken Somalia, long considered the most ungovernable country in the world.

The U.S.-backed force, which is officially led by the African Union and endorsed by the United Nations, began operations in Somalia in 2007. For years, it struggled to fill its ranks, overcome a lack of equipment and win support among Somalis.

Ethiopian troops have formally joined the African Union Mission in Somalia, which is made up of forces from Burundi, Djibouti, Kenya, Sierra Leone and Uganda.

Army Lt. Col. Luis Perozo, the defense attache at the U.S. Embassy in Kampala, Uganda, “and I would say, all you need to do is look at what’s going on in Mogadishu.”

For the last 3 years, The Horn of Africa analysts and U.S. policymakers have noted Africa’s growing strategic importance to U.S. interests. Among those interests are the increasing importance of Africa’s natural resources, particularly energy resources, and mounting concern over violent extremist activities and other potential threats posed by uncontrolled spaces, such as piracy and illicit trafficking. In addition, there is ongoing concern for Africa’s many humanitarian crises, armed conflicts, and more general challenges,

AFRICOM aims to promote U.S. strategic objectives by working with African states and regional organizations to help strengthen regional stability and security through improved security capability and military professionalization. If directed by national command authorities, its military operations would aim to deter aggression and respond to crises.

Because of the new strategy, the former Chadian foreign minister Mahamat Saleh Annadif has resigned as the the Chairperson of AMISOM (the African Union Commission), African Union Special Representative for Somalia and Head of the African Union Mission in Somalia.

Ambassador Annadif praised the Somali leaders for their role in the political and security progress that the country has made, and thanked the countries contributing troops to the African Union Mission in Somalia (AMISOM) and international partners for their support.

“As I leave Somalia, I am impressed by your determination to bring sustainable peace and stability to your country,” he said, according to a press release from AMISOM. “I am particularly happy to note that the Horn of African nation is currently enjoying its longest period of relative peace since 1991 and that through your leadership, we have of late witnessed amicable resolution of disputes amongst various different groups.”

“As we have witnessed in many other African countries, the problems of Somalia will ultimately come to an end and this Horn of Africa nation of Somalia will reclaim its position within the continent and beyond,” he added.