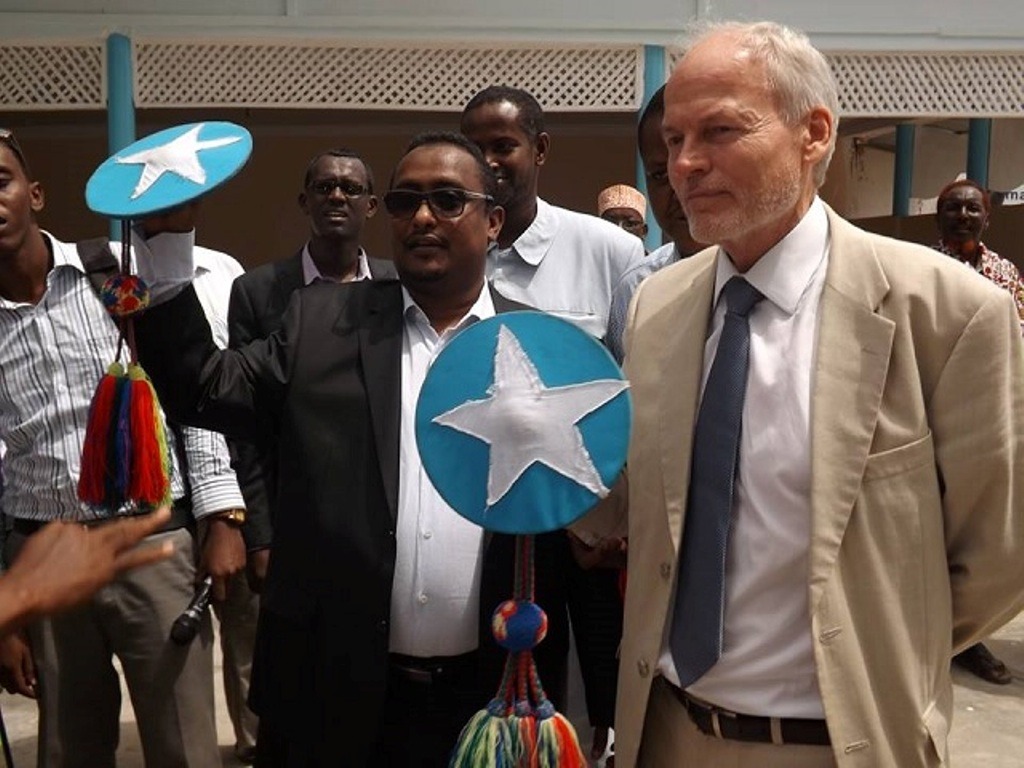 Mogadishu (HAN) November 13, 2014. Expert Analysis, Your Power & Regional Influence Magazine, opinion page By Ismail D. Osman.  Nicholas Kay, who is the Special Representative of the UN Secretary General for Somalia, has clearly overstepped his mandate by interfering Somalia’s internal politics and expressing a serious bias against the Federal Institutions. Mr. Kay has labeled the Federal Parliament with corruption allegations when he said Members of Parliament are prone “to exchange votes for cash” which remains not only baseless but could trigger a parliamentary resolution on Kay. 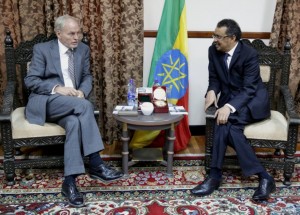 Mr. Kay’s remarks are coming at a time when the differences of the President and his Prime Minister on key issues are to be addressed at the Federal Parliament which has transparent mechanisms and procedures in place. With that, the parliament has shown its competency and leadership to deal with similar crisis in the past, which indicates the level of maturity of the Federal Institutions at this early stage of the Federal Government.

However, one thing is clear, Kay’s political bias has finally surfaced out and it apparently leans on the side of the Prime Minister. But one would ask why. Considering Kay’s inner political advisory, they have a public record in terms of their positions on the current rift between the President and the Prime Minister which indicates the real motives behind this whole politicking about the UN’s man for Somalia.

Despite major challenges, the Government of President Hassan Sheikh Mohamud has made strides on key areas in the short 2-year durations of its existence, including improving the security sector, reforming the judiciary, drafting and passing key legislations and formation of regional states to fulfill the provisional federal constitution.

The Government should exercise its mandate to protect the Somali People and serve well their interests by governing with transparent and accountable principles, especially at times like this when “external spoilers” are showing their true intents which is to offset the progress made and subdue the country for the “lords of Poverty.”

Considering the enormity of Mr. Kay’s statements on the integrity of the Federal Institutions, the Parliament – which speaks for the Somali public – must act immediately in unison to adopt resolutions against the UN’s representative to demand (a) public apology, and (b) issue a persona non grata to prevent similar subversive statements from UN envoys which could undermine the country’s political sovereignty.

By taking this strong position, the external spoilers will know how serious our institutions are when what’s at stake are our institutional integrity. It will also serve as a gesture to ensure that future UN representatives for Somalia should not be a liability to internal political stability of Somalia.

Clearly, the international community has a role to play when it is asked, but it has no role at all when the issue remains at local politics and the institutions are more than capable to sort out whatever differences at play. As enshrined in the UN Charter, the sovereignty and territorial integrity of a member state should be the last principle for a UN representative to violate.

If unchallenged, Nicholas Kay’s statements will validate the claims by Shabaab which point out the country is run by UN and International Community in which case it would provide radical groups new recruits to justify their narrative that paints Somalia as under foreign occupation. This could negatively impact the political process as much as it could unravel the progress made on the security front.

In this critical stage of implementing state formations, the name of the game is political legitimacy and that remains a deciding factor of how Somalia manages its internal politics without the omnipresent meddling of various external spoilers that benefit the status quo and lack of strong political institutions.

I cannot tell whether the author of this article is bluffing; or he is utterly and completely blinded to the reality on the ground. “Mr. Kay has [not] labeled the Federal Parliament with corruption” but simply cited a fact known to most people who bother with the matter: yes, the members of the Somali Federal Parliament along with executive branch including the president and his prime minister are not only corrupt, but decadent, and renegades, to say the least. The honorable author writes: this “could trigger a parliamentary resolution on Kay”! Last time I checked, members of parliament were not men of resolutions, but they were little rascals up for grabs. In the midst of this ongoing bickering, the name of the game is winner takes it all. And to my mind, the president is likely to lose and go back to the dustbin of history where he really belongs to, because the prime minister is standing on the shoulders of giants.

Paul Kagame speaking to prime minister Abdiweli Sheikh and president Hassan Sheikh through a message in which he addressed to Rwandan youth.

“Stop seeking validation for what is wrong or right from outside. We can’t live by external dictates. But we also can’t justify doing wrong things by saying leave us alone,this is our sovereignty. We must seek to raise our stake,our own value and be where we need to be. When do we raise Africa to a level where it is a player and not a victim.”
-President Kagame addressing over 300 youth from across Africa.