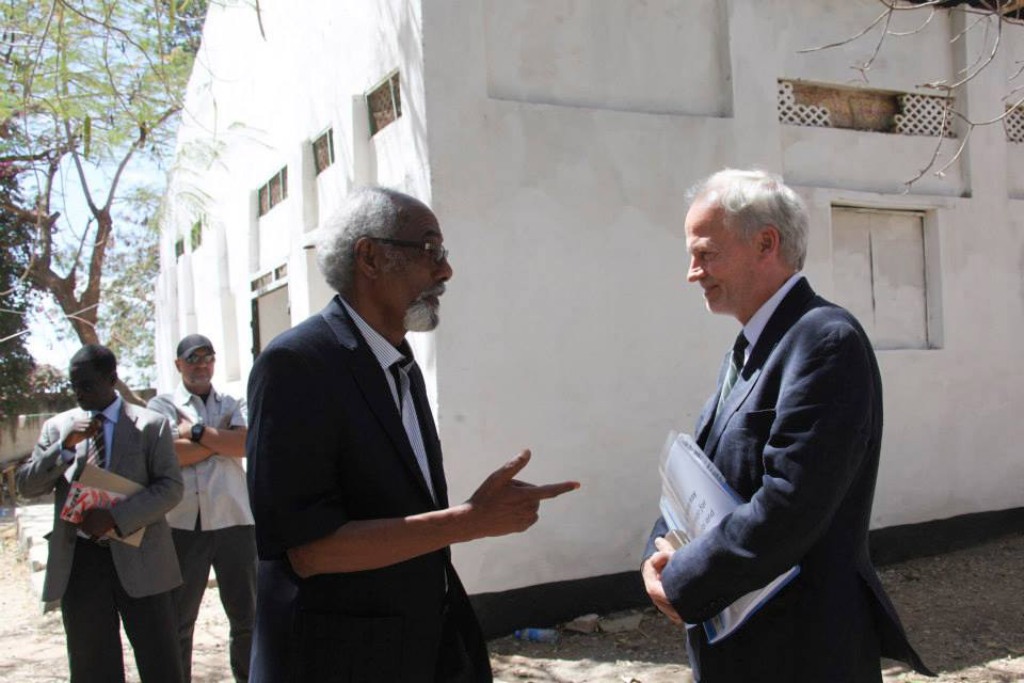 The Special Representative of the UN Secretary-General (SRSG) for Somalia, Nicholas Kay, has expressed deep concern over the political tensions between President Hassan Sheikh Mohamud and Prime Minister Abdiweli Sheikh Ahmed, which puts at risk the country’s efforts to achieve critical political targets set out in Vision 2016.

“The United Nations Assistance Mission in Somalia remains committed to fulfilling its mandate to assist Somalia to achieve federalism, a new constitution and elections by September 2016, as set out in the Provisional Federal Constitution and Vision 2016,” SRSG Kay said. “I call on all parties to seek a mutually satisfactory compromise that will allow Somalia’s political and security progress to continue without interruption.”

“I recognise the dedication and hard work of Members of Parliament, but I am concerned about allegations of some MPs being asked to exchange votes for cash in the context of a potential ‘No Confidence’ motion, which is a disservice to Somalia’s progress towards accountability and transparency,” he added. Somalia and Somalis deserve better.”

Mr. Kay repeated recent calls by UN Secretary-General Ban Ki-moon for political unity and continuity at the highest level of the Federal Government of Somalia, and noted that any action by any party that creates political turmoil would be reported to the UN Security Council, who will be notified that such action risks spoiling the prospect of implementing Vision 2016.

“I continue to offer the use of my good offices to seek a compromise; we are working very closely with the African Union Mission in Somalia, the Intergovernmental Authority on Development, the European Union, Ethiopia, the United Kingdom, the United States and many others in search of a solution,” he added.

Photo:  Nicholas Kay (right), speaks with the Speaker of the Somalia