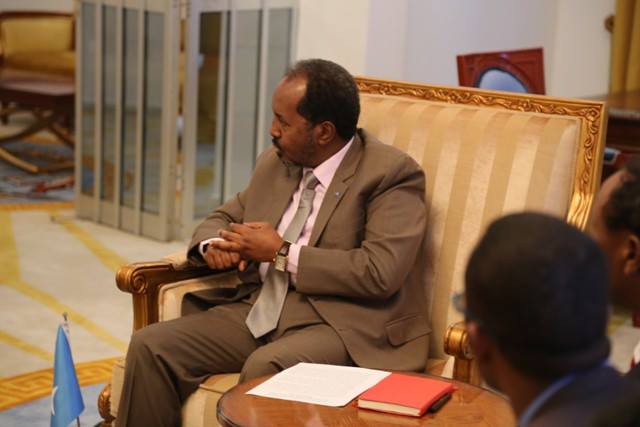 The members of UN Security Council reiterated their support for fast implementation of “Vision 2016.” “In that context they underlined the importance of the president swiftly appointing a new Prime Minister, and the subsequent rapid establishment of an inclusive and representative government,” the statement said.

The UN Security Council members recalled their visit to Somalia, and that of UN Secretary-General Ban Ki-moon, during which “both underlined the vital importance of a united political leadership in Somalia,” the statement said. “The members of the Security Council expressed their concern at the recent political instability in Somalia, and its impact on peace and stability.”

The UN Security Council, in a press statement, said that it noted Saturday’s parliamentary vote of no confidence in the prime minister of the Federal Government of Somalia, and recent political instability in the country.

“The members of the Security Council welcomed the resolution of the current political crisis through the proper Parliamentary channels,” the statement said. “They commended the prime minister of the Federal Government of Somalia for his acceptance of the result, and recognized the positive contribution he and his government had made to peace, security and development in Somalia. “

The dismissed head of government is the 10th Somali prime minister in 10 years and is the second prime minister of the new Somali government, which the world recognized for the first time in two decades.

“The members of the Security Council stressed that swift and sustained restoration of political stability is vital, at a time when operations against Al Shabaab continue, and when political progress, in line with ‘Vision 2016’, must accelerate,” said the statement.

“The members of the Security Council underlined their concern that further political instability in Somalia could jeopardize progress made so far towards peace and security,” the statement said. “The members of the Security Council underlined the importance of the new political leadership in Somalia focusing on priority areas, including resuming the implementation and review of the Provisional Constitution and the passage of key legislation to establish electoral institutions.”

“In this context they also emphasized the importance of Somalia ‘s leaders, including the new government, developing effective mechanisms to prevent prolonged political crises in the future,” it said.