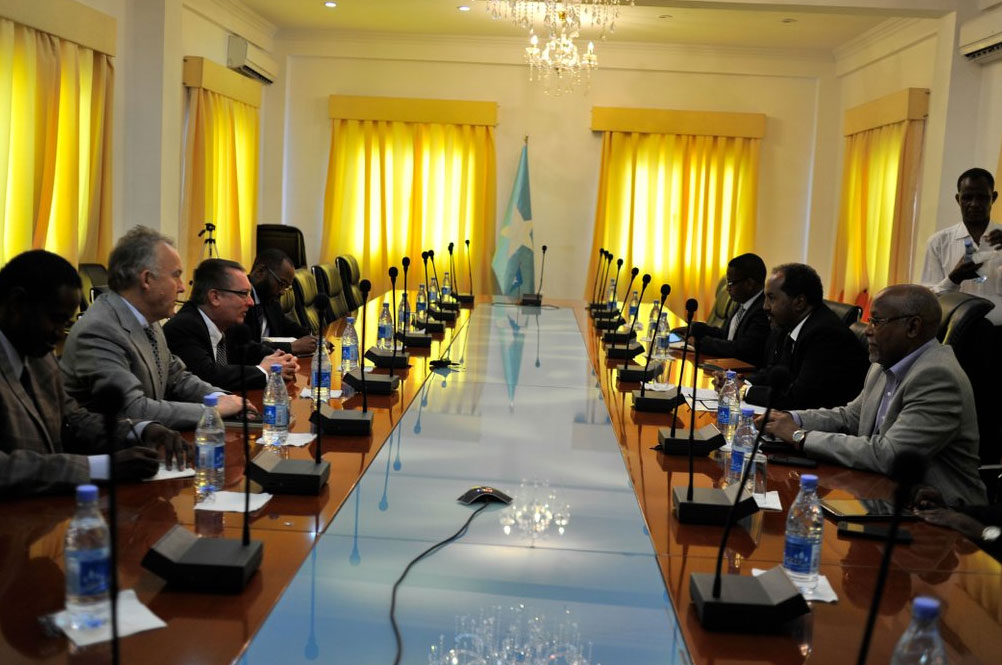 A senior United Nations official has held talks with the President of Federal Government of Somalia (FGS) in Mogadishu, the capital, in a show of support for last month’s “breakthrough” political achievement in selecting an electoral model to be used later this year-2016 in efforts to lead Somalia out of decades of civil war, terrorism and political tensions.

UN Under-Secretary-General for Political Affairs Jeffrey Feltman met President Hassan Sheikh Mohamud and the speaker of the Federal Parliament Mohamed Sheikh Osman Jawari yesterday to deliver a message from Secretary-General, Ban Ki-moon and reinforce the UN’s support to the people of Somalia for agreeing on an electoral process for 2016.

Mr. Feltman, who was accompanied by the Mr. Ban’s Special Representative in Somalia, Michael Keating, said he recognized that there is a lot of work to be done to make the roadmap for the electoral process a success.

“The Special Representative and I spoke to the President about a number of political, economic, security issues in which the UN is working with the people and leaders of Somalia,” he said afterwards. 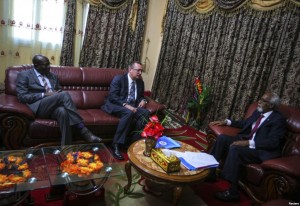 The UN recognizes that it would have been ideal to have a consensual way forward on the electoral process, but given the impasse over the past weeks, the decision made to proceed was the right one, he added.

The model envisages a Lower House of 275 members, based on maintenance of the 4.5 power-sharing formula between the clans, and an Upper House of 54 members based on equal representation of existing, emerging and prospective federal member states and the allocation of additional seats to the pre-existing entities of Puntland and Somaliland.

Mr. Feltman praised the government’s efforts to ensure that 30 per cent of members in both Houses are women, and he welcomed the commitment to continue working towards having in place a one-person one-vote electoral system by 2020.

Last month Mr. Keating he said the adoption of the model, the culmination of almost six months of intense consultations, “may be a watershed moment, marking the growing political maturity of a federal Somalia.”