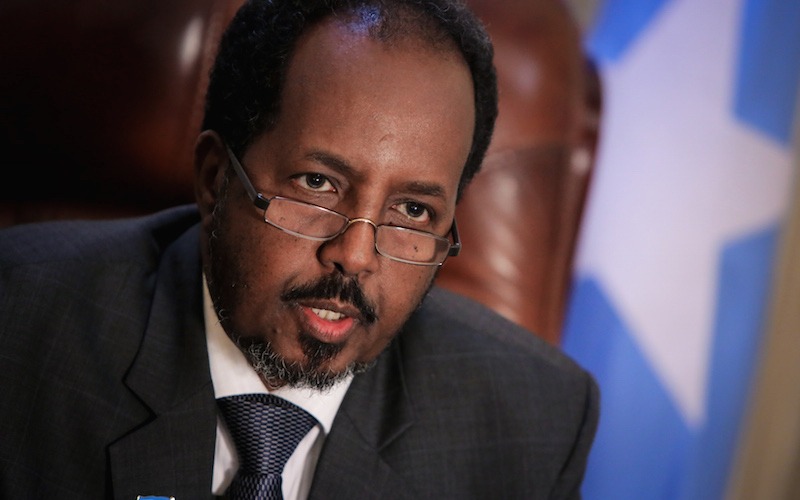 Mogadishu (HAN) November 3, 2015. Public Diplomacy & Regional Security.Opinion By: Mr. Mohamud M Uluso. Elections in regular intervals for accountability and opportunity of change of poorly performing political leaders are one of the fundamental pillars of democratic governance. But, the legitimacy of 2016 election in Somalia is hugely compromised in advance by the serious charges of corruption and abuse of power repeatedly leveled against the leaders of the federal government. Therefore, the 2016 election could provoke political and security turmoil.

The 2012 selection process of the members of the Federal Parliament has been characterized corrupt because the powerholders and the international community controlled the design and implementation of the process through ad hoc structures (technical committees) and financial resources for buy-in. Traditional leaders took cue from the deal-making, behavior, and messages of their duplicitous handlers.

Again, the 2016 election goes through the same 2012 manipulation process because with the agreement of the international community, the current powerholders at national and regional levels secured unchecked political influence and resources to manipulate the rules of the game. As a solution, it is necessary that qualified and independent actors familiar with local conditions assume the responsibility of designing the electoral framework, while each constituency should be allowed to take full control of the implementation phase without external interferences.

From the outset, top leaders of the federal government took control of the inclusion or exclusion of members in the Somali National Consultative Leadership Forum (SNCLF) formed under the initiative of the international community to find an alternative to the cancelled 2016 “one person one vote election.” Members of parliament, cabinet, and judiciary from Isaq community issued a protest petition in which they complain their exclusion from SNCLF and demand 33% quota as northern community (Somaliland).The SNCLF brings together ill-assorted actors as a national decision making body on an alternative electoral model. It supplants the constitutional federal institutions.

The first plenary meeting of the SNCLF held in the exclusive “Green Zone” inside Mogadishu Airport issued ten-point communiqué which reaffirmed the no term extension for the federal parliament and the president. It also approved a facilitation guide as a basis for national consultative process concerning the advantages and disadvantages of the following four electoral models:

In December, the NCLF will review the results of the consultations to be held in six locations: Garowe, Adado, Jowhar, Mogadishu, Baidoa, and Kismaio, and will pick up one electoral model.  In January 2016, a High Level Partnership Forum (HLPF) to be held in Mogadishu and UN Security Council will support the selected electoral model. The expectation is that the campaign of 2016 election will start in February and conclude in September.

But, any hopeful expectation for a legitimate election in 2016 is defeated by the publications of series negative reports against the federal government and regional administrations. On October 19, Somalia and Eritrea UN Monitoring Group (SEMG) issued another damaging report for political malpractice, corruption, and abuse of power committed at all levels of the Somali government. The report details the resurgence of Al Shabab threats and reemergence of intercommunal conflicts for the ineptitude of the federal and regional governments, the bungled federation process of Jubbaland, Galmudug, and Southwest regional States, the plundering of natural resources (oil and gas), the privatization of maritime space, the violations of the ban on charcoal export, the obstruction of humanitarian assistance, the targeted civilians, the stealing of Somali National Army budget, and the bribery of members of the federal parliament.

In the case of the Interim Galmudug Administration, the report depicts brazen level of electoral corruption. The Group received information that cash payments between USD 10,000 to USD 30,000 were paid before the first round of presidential election while promises of political appointees both in Galmudug State and the Federal Government- were used to secure support in the last two rounds. Similar electoral corruption flunks the federation process of Hiiraan and Middle Shabelle regions.

The integrity and neutrality of Galmudug technical committee and of the newly formed National Independent Electoral Commission have been sullied by the pervasive perception that the officials of both entities as operatives of “Damul Jadid cartel” who dominate the federal government. The SEMG report makes public the persistent speculation that “senior government officials are attempting to use the independent electoral commission to shape the design of a selection process to strengthen their position in 2016.” Thus, the report points out that, “in 2016 the political stakes will be higher as will the overall threat posed to peace, security and stability in Somalia if greater efforts are not made by all stakeholders to engage in the next transition process constructively.”

These serious warnings should get the attention of Somali Elite and the international community to act preemptively to save the inadequate and halting efforts of statebuilding and peacebuilding. Albert Einstein said, “Peace is not merely the absence of war but the presence of justice, of law, of order-in short, of government.” Baruch Spinoza added that peace is a virtue, a state of mind, a disposition for benevolence, and confidence. Indeed, claim of peace requires a lot more than claims of killing or repulsing suicide attackers after devastating human casualties and incalculable property destruction.

To obviate the grave concerns about the legitimacy of 2016 election, two constructive suggestions merit due consideration: (1) the recusal or removal of the leaders of the federal government and regional administrations from the participation in the 2016 political election and (2) the prevention of foreign influence and resources in the next election. Foreign and domestic manipulations will foment public disaffection and concomitant political and security instability.

Below are several reasons to persuade the powerholders to withdraw from the political competition in 2016:

The first permanent federal government of Somalia, established in 2012 after 12 years of transitional governments, not only squandered exceptional promising opportunities for Somali statebuilding, but it leaves behind intractable problems difficult to resolve within the next term. The participation of no law-abiding federal leaders and regional administrations in 2016 election will result impaired legitimacy and acceptability of predatory politics. Kleptocratic government is not eligible to design and manage elections.