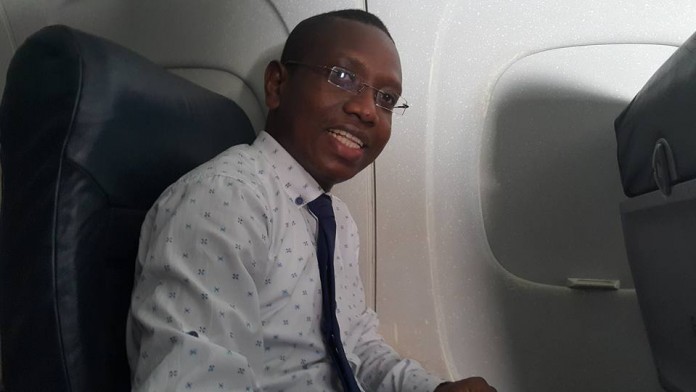 Mogadishu (HAN) March 24. 2016. Public Diplomacy & Regional Security News. Did you know that UN Monitoring Group identified in their report the current Director General of the Ministry of Constitution as a suicide bomber in Bosaso in 2013. How can we ensure that UN doesn’t report fabricated stories?

The UN Monitoring Group fabricated report issued by the Security Council Committee pursuant to resolutions 751 (1992) and 1907 2009) concerning Somalia and Eritrea, which was submitted to the UN Security Council on October 10, 2014, alleges Mr. Zubeyr as the bomber, responsible for killing of the Bosaso Division Police commander, Abdurahman Ali Hussein aka “Muslim”, and also injuring nine other people.

“I am the one appearing in this video but I was declared a dead man.”

Zubeyr, 30, is graduate from International Islamic University, Malaysia with Master Decree in management and he is the current Director General of Somalia’s Ministry of Constitutional Affairs. He previously served various positions in non-governmental institutions including SIMAD University as the head of Public Relations department, deputy head of Faculty of Business Administration, he is aco-founder of Jobkey University. Zubeyr has also served as the former president of Federation of Somali Trade Unions (FESTU)

Somali Innocent Citizen Identified in a UN Report as A Suicide Bomber Demands Compensation unreliable intelligence investigations by UN Monitoring Group – that not only blackmail, extort, defame, but also torture by lives of innocent people at risk – has been to blame for the UN report with the mission successfully accomplished by the individuals whose purpose was to hide the real identity of attacker.

“This is misinformation that only serves the interest of the terrorists, ”Col. Yasin Haile, with knowledge and expertise in the subject said, ”Their aim is to cover the real identity of the attacker and discourage any intelligence investigations on the matter.”

“Its absolutely clear that the matter has not been properly investigated other than the website reports.”Col. Haile added. Many Analysts believe that such unfounded and reckless reporting by the SEMG could undermine the credibility of the group and UN Security Council. Finally, Zubeyr is demanding compensation relevant to the damages suffered by him and his family and published apology from SEMG. Before take legal action. “I am suffering a lot as the consequence of the report.” Mr. Zubeyr added