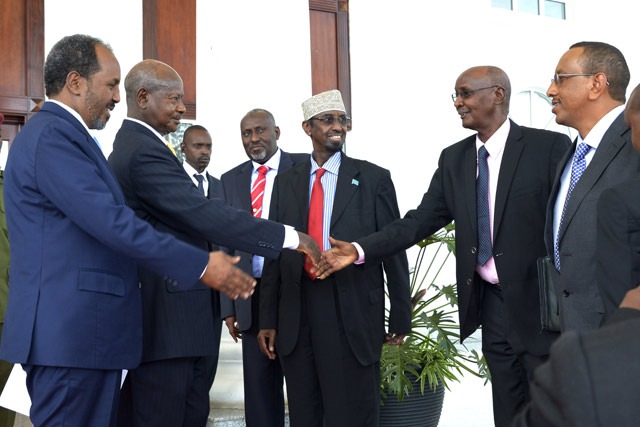 President Hassan Mohamoud who has left for home after a two day working visit briefed the president as a regional leader about what is happening with the stabilization programme in Somalia, the security situation given the expanded area now under their control, challenges from within and also the vision 2016. He was also briefed about the constitutional reforms currently under way in Somalia. 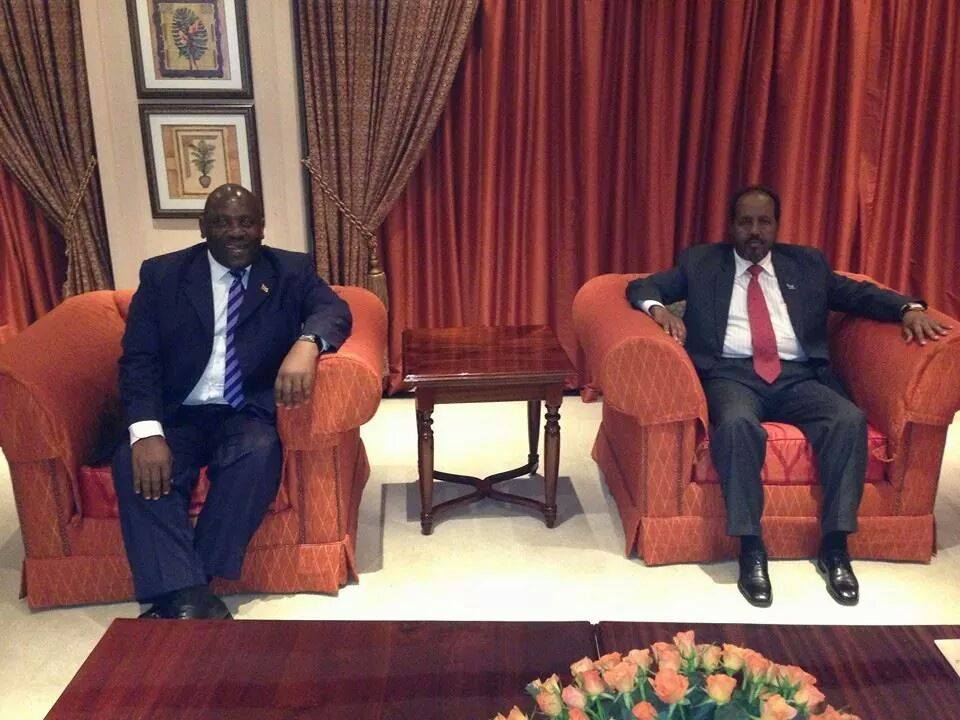 His visit comes at the heels of a similar visit by Uganda’s parliamentary committee on defence to Somalia earlier this month to assess progress by Uganda troops serving under AMISOM and also toured positions held by Uganda and Burundi.The meeting was attended by the Deputy Chief of Defence Forces UPDF Brigadier Charles Angina and Inspector General of Police General Kale Kayihura.The Republic of Uganda has more than 6000 troops serving under African Unit of AMISOM.
The latest updates Follow twitter.com/GeskaAfrika
Geeska Afrika Online (1985 -2014) – The International Gateway news and views about the Horn of Africa (Ethiopia, Eritrea, Somalia, Somaliland, Sudan, South Sudan, Djibouti, Kenya and Uganda), the best IGAD news and information Online Site for the last 20 Years.
–
HAN & Geeska Afrika Online (1985-2014), the oldest free independent Free Press in the region, brings together top journalists from across the Horn of Africa. Including Ethiopia, Somalia, Eritrea, Sudan, Djibouti, South Sudan, Uganda, Kenya, Oromo, Amhara, Somali, Afar and Harari. Plus, we have daily translations from 150 major news organizations in the Middle East and East African regions. Contact at news@geeskaafrika.com