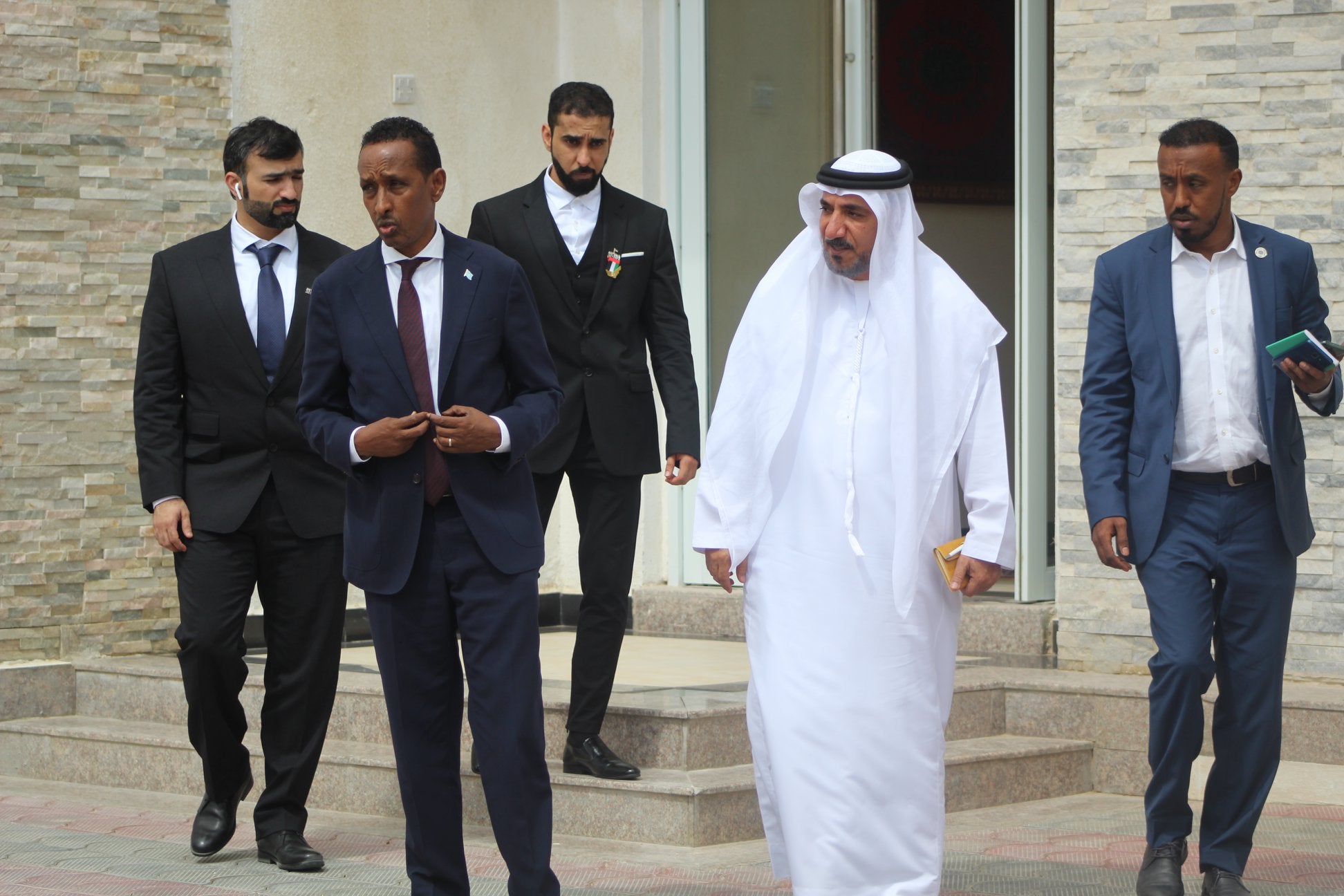 “There is room for collective diplomacy with Somalia and United Arab Emirates”, Minister of State for foreign affairs of Somalia told HAN. The situation calls for a diplomacy that can move us towards a pragmatic, peaceful and sustainable political solution.

“When it comes to dealing with Iran, we should not fall for the false choice between war on the one hand or a flawed Iran nuclear deal on the other. Instead, this moment requires a renewed, robust and realistic diplomatic effort to reach a more sustainable agreement,” Dr Gargash told the sixth edition of Abu Dhabi Strategic Debate being held at the Emirates Palace. Dr. Gargash said, further escalation at this point serves no one.“The UAE has therefore sought to deescalate tensions and help create awareness that this situation is neither sustainable nor beneficial to any party. My hope is that by taking this approach we may create an opening for a meaningful political process,” Dr. Gargash added his statement.

Update: To know More, Read “Qatar and Saudi Arabia: Is a thaw in the Gulf cold war in sight? By. Andreas Krieg.

The realisation that Donald Trump’s US does not have their back has caused a rethink in Riyadh and Abu Dhabi over how to deal with Doha. All three countries had severed their ties with Doha in the summer of 2017 and imposed a blockade on the small emirate in an effort to bring about regime change in Qatar.Although the crisis has been in a diplomatic stalemate for over two years now, the three blockading countries have been engaging in a war over narratives with Qatar since – a clash in the information space, which now appears to be ebbing away. A war of narrativesLast week an unnamed Saudi official was quoted in a Bloomberg article stating that Qatar “was taking steps to resolve tensions” – a statement that was echoed by Dubai-based Gulf News.What at first sight appears to be a trivial side note is actually quite remarkable for anyone following the onslaught of mis- and disinformation against Qatar from neighbouring countries since the blockade began in June 2017.
One reason might be that leaders in Riyadh and Abu Dhabi have realised that the weaponising of narratives has failed to render any desired outcomes – Qatar appears economically to be the most resilient state in the Gulf in 2019, its links to the West and Washington in particular remain strong, and its reputation widely untarnished.Instead of constantly bombarding Qatar with narratives stigmatising the emirate as the “world’s leading sponsor of terror”, most government-sponsored news outlets in Saudi Arabia, the UAE and Bahrain have remained silent on Qatar in recent weeks.This certainly has to do with Qatar coming out of its shell post-blockade, for the first time proactively explaining its strategies and policies, telling its side of the story of the Arab Spring while openly answering warrantable critical questions from journalists, partners and allies.Meanwhile, the degenerating spiral of disinformation emanating from the blockading countries has done more damage to their reputation and credibility, particularly in the West. Widespread disappointmentMore importantly, the apparent fading of Gulf tensions must be understood within the context of a widespread disappointment in Riyadh and Abu Dhabi in US President Donald Trump, whose administration has been the main audience for this war over narratives against Qatar.

Despite Tehran pushing the boundaries in a range of escalatory attacks throughout the summer, Washington has remained silent – then the hastily, disorganised US withdrawal from Syria re-emphasised that America has no appetite to defend its interests in the region with hard power.The then newly inaugurated president promised America’s Gulf allies in 2017 to support more zero-sum policies in the region, empowering local partners to make the Arabian side of the Gulf great again vis-a-vis Iran. But Trump did not deliver.Roamers “US withdrawal in Saudi Arabia”The fear of a US withdrawal from the region has become very real again in Riyadh and Abu Dhabi, causing a re-think of how to deal with the many risks and threats around them.The UAE’s switch from direct to indirect engagement in Yemen via surrogates is as much a product of this re-think as the Saudi decision to open up to the idea of a power-sharing agreement with the Houthis to end the war in Yemen.At the same time, both Riyadh and Abu Dhabi have reengaged with Tehran, understanding that Washington would not allow the Gulf states to fight Iran to the last American, but that they would be the ones bearing the burden of war.
Against this backdrop, it is not surprising that after more than two years, Riyadh is at last giving Kuwaiti mediation in the Gulf dispute a chance. There appears to be a belated realisation in the Saudi capital that the self-inflicted rift in the GCC is counterproductive and that the Gulf is more powerful together than divided – particularly as the kingdom is struggling to find genuine foreign investors in the aftermath of the Khashoggi affair.Doha is projected to generate a sizable surplus this year despite the blockade and could potentially provide financial support and confidence to the kingdom’s struggling economy. A cold peaceSo far, low-level talks between Saudi Arabia and Qatar have not seen a break-through. Grievances remain on both sides and Qatar, humiliated by its neighbours in 2017, would have to provide Riyadh with face-saving measures to end the dispute while understandably being unwilling to compromise on its national sovereignty, foreign policy and the relative independence of Al Jazeera’s editorial.
Nonetheless, Doha sees potential in a cold reconciliation with Saudi Arabia, which most likely would see Bahrain mending its ties as well – the divide with Abu Dhabi seems too wide to bridge at this point.For Qatar, the blockade has been a blessing in disguise, allowing for more independent decision-making domestically and in terms of foreign policy. Reforms could be pushed through without having to de-conflict with its neighbours and new trade relations forged based on cost-efficiency and not neighbourly goodwill. Qataris would like to see a lift of the travel ban to visit their relatives in neighbouring countries and to fly directly to the Hajj.If Saudi Arabia was then to grant Qatar Airways overflight rights, Qatar’s grievances would be addressed. However, the idea that Emir Tamim bin Hamad and Crown Prince Mohammed bin Salman would shake hands to seal a reconciliatory deal in the near future appears utopian at this point.Yet, a cold peace between Doha and Riyadh would be the first step in the right direction to bring together what belongs together.

For more information and comments: news@geeskaafrika.com