Home frontpage Somalia: U.S. will appoint an ambassador in the Somali capital Mogadishu 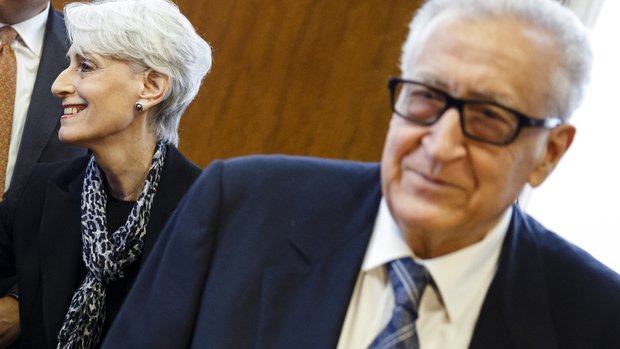 Mogadishu (HAN) First By LARA JAKES (AP) National Security Writer, edited by Geeska Afrika Online security reporter in Mogadishu. There were hopeful signs of improvement in the security and economic conditions in the country, following years when Somalia had become “a synonym for chaos,” she said at the United States Institute of Peace think tank in Washington.

“As a reflection both of our deepening relationship with the country and of our faith that better times are ahead, the president will propose the first U.S. ambassador to Somalia in more than two decades,” Sherman said.

For the first time in more than 20 years, the U.S. will appoint an ambassador to Somalia in what a senior official on Tuesday described as show of faith for future stability in the war-ravaged African nation.

Somali Prime Minister Abdiweli Sheikh Ahmed declared an “all-out war” against al-Shabaab.
“I order the Somali National Army to ‘move now’ to eliminate the enemy wherever they are in Somalia — we must eradicate this enemy from our country,” he said in a press conference.

Even so, the U.S. has no immediate plans to re-open its embassy in the Somali capital Mogadishu, which has been beset by violence and deadly bombings spurred by the militant network al-Shabab. As recently as two weeks ago, a car bomb outside the national parliament building killed at least seven people, and a senior al-Shabab fighter threatened Americans in a radio broadcast in Somalia.

In a Tuesday speech, U.S. Undersecretary of State Wendy Sherman said the decision to name an ambassador to Somalia reflects what she called a sign of the deepening relations between Washington and Mogadishu and “the faith that better times are ahead.”


She challenged Somalis to eschew generations-old clan rivalries and focus on building a united national government.

“None of us can make that choice for Somalis,” Sherman told the U.S. Institute for Peace in Washington. “But Somalis should know, if they choose to continue to come together, they will have enthusiastic and substantial international support.”

The U.S. has resisted re-opening its embassy in Mogadishu, which closed in 1991, when Somalia’s government collapsed after years of civil war. American troops were sent to Mogadishu the next year to help stave off the country’s famine on a peacekeeping mission that lasted until their 1994 withdrawal — about five months after the humiliating “Black Hawk Down” debacle in late 1993, when Somali militiamen shot down two U.S. helicopters; 18 servicemen were killed in the crash and subsequent rescue attempt.

In recent years, U.S. diplomats who focus on Somali issues have been based in neighboring Kenya, and travel to Mogadishu periodically to meet with government officials and civil society activists. Sherman estimated about a dozen U.S. diplomats are currently in the Kenyan capital Nairobi working on Somalia.

She did not say who would be nominated as the ambassador to Somalia, adding only that it would happen “soon.”