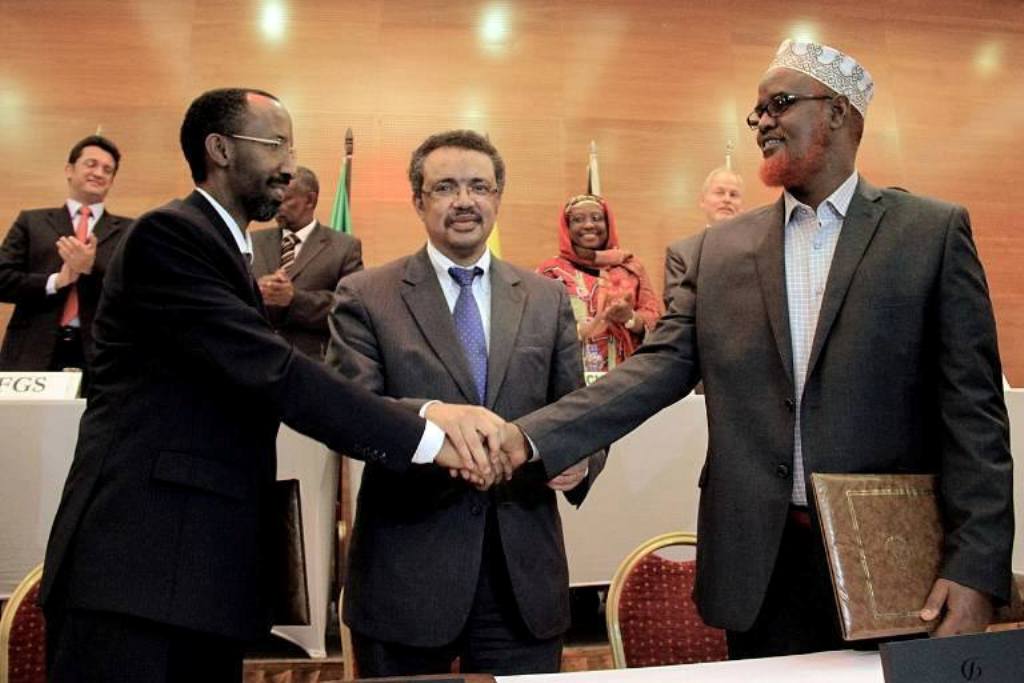 A hail of U.S. missiles aimed at the leader of Somalia’s al Shabaab militants may have left a gaping hole in the group’s leadership, potentially the biggest challenge to its unity since it emerged as a fighting force eight years ago.

Al Shabaab, usually vocal on social media and other channels of communication, has yet to comment. There may be good reason for its silence as it seeks a successor.

With no obvious candidate to replace the man who ruled al Shabaab with an iron fist and killed off many of his rivals, experts say there is a real chance his death would trigger in-fighting or the formation of smaller, potentially more dangerous, splinter movements.

“If it is confirmed that he is in fact dead, it is a game changer in many ways for al Shabaab,” said Abdi Aynte, director of the Heritage Institute for Policy Studies in Mogadishu.

“What is likely to happen is a struggle for power,” he said. Fragmentation was also possible in the absence of a leader with Godane’s experience and ruthless approach to dissent, he added.

Somalia’s government, with support from African peacekeepers and Western intelligence, has battled to curb al Shabaab’s influence and drive the group from areas it has continued to control since it was expelled from Mogadishu in 2011.

Western governments and neighbors want to neutralize a group which they say has exploited Somalia’s chaos to train foreign fighters.

Kenya, which has deployed troops with the African Union force AMISOM to quash the Islamist rebels, felt the impact of al Shabaab’s reach last September when gunmen from the group launched an attack on the Westgate mall, leaving 67 dead.

“Take your troops out or prepare for a long-lasting war, blood, destruction and evacuation,” Godane, believed to be in his 40s, said shortly after the four-day assault began.

Godane, whose studies took him in the late 1990s to Pakistan and probably from there on a stint to Afghanistan where the shadow of Osama Bin Laden still loomed large, is not the first al Shabaab leader targeted by the U.S. military.

In 2008, his predecessor Aden Hashi Ayro was killed in a similar U.S. raid. A day or two after that, Godane was declared head by al Shabaab’s shura council, at the time an influential body in the group.

War-weary Somalis worry al Shabaab could again recover from a blow to its leadership.

“This is a strategic ideology which cannot be destroyed by the elimination of an individual,” said Hussein Biihi, an elder in the Lower Shabelle region south of Mogadishu, where al Shabaab remain a potent force despite a military offensive by African and Somali troops to recapture towns and territory.

But a new leader may not emerge so swiftly this time.

That is partly because Godane scrapped al Shabaab’s shura council which picked him, seeing it as an apparent threat. Using tactics more akin to an African warlord, he also killed rivals or dissenting voices, leaving no one in line to succeed him.

“There is a not a clear, designated crown-prince inside al Shabaab,” said Stig Jarle Hansen, a Norwegian expert who has written a book on African jihadists, saying Godane’s “solo game” has made the group’s task of finding a new leader more difficult.

“If (Godane) is dead now, that is serious for al Shabaab, partly because of his leadership structure,” he said.

Despite his autocratic approach, resentment under him had built up long before Monday’s attack. Such differences could flare up as the group seeks to rebuild around a new chief.

Some opponents wanted al Shabaab to focus on a nationalist agenda instead of turning abroad, as championed by Godane.

“He has absolutely expanded al Shabaab’s targeting to the wider region,” said Kenneth Menkhaus, a U.S. academic and expert on the Horn of Africa. “Whether he has done that out of strength or weakness is another question.”

An unnamed “muhajir”, the way the Somali group refers to a foreign fighter, declared “there is a problem” in the way al Shabaab was run and pointed to Godane’s tight grip, writing in a letter published on Islamist websites last year and widely accepted by experts as authentic.

In his list of complaints, the fighter criticized al Shabaab’s secret prisons and said foreign fighters were declared apostates if they traveled without Godane’s consent.

Few potential successors boast the kind of experience and skills that helped Godane to keep such a tight hold on power.

Because he came from Somaliland in the north and ran a group with its powerbase in southern and central Somalia, Godane could claim to stand above local clan politics bedeviling Somalia, even Islamists who say they oppose such parochialism.

Aynte called Godane a “shrewd politician” with a strong pragmatic streak, suggesting his focus on jihad abroad was driven as much by tactics as ideology. When fighting invading Ethiopians in 2006 under another Islamist government in which he served, Godane turned to nationalist rhetoric to rally support.

His Islamist credentials were assured by skills in Islamist debate displayed even as a young man, but Godane was also known for mastery of Somali poetry, notably citing the patriotic Siid Mohamed Abdille, who railed against colonial Italy and Britain until his death in the early 20th century.

Several names are cited as possible successors, such as Sheikh Mukhtar Robow, also known as Abu Mansour, who has previously acted as a spokesman for the group. But experts say al Shabaab’s leadership structure remains difficult to read.

Even a vacuum in leadership or a struggle for control is unlikely to mean al Shabaab’s attacks subside.

“In the interim, it will actually mean the opposite,” said Aynte. “It will mean much nastier violence.”

Writer, Edmund Blair, is responsible for Reuters coverage from Egypt and Sudan, and overseeing operations of the Cairo-based Reuters Arabic language service. Previously was Bureau Chief, Iran. Have worked throughout the Middle East for most of the past 15 years, including covering the Iraq war and Palestinian-Israeli conflict. Have also covered financial and energy affairs, holding positions that inlude equities reporter in London.”