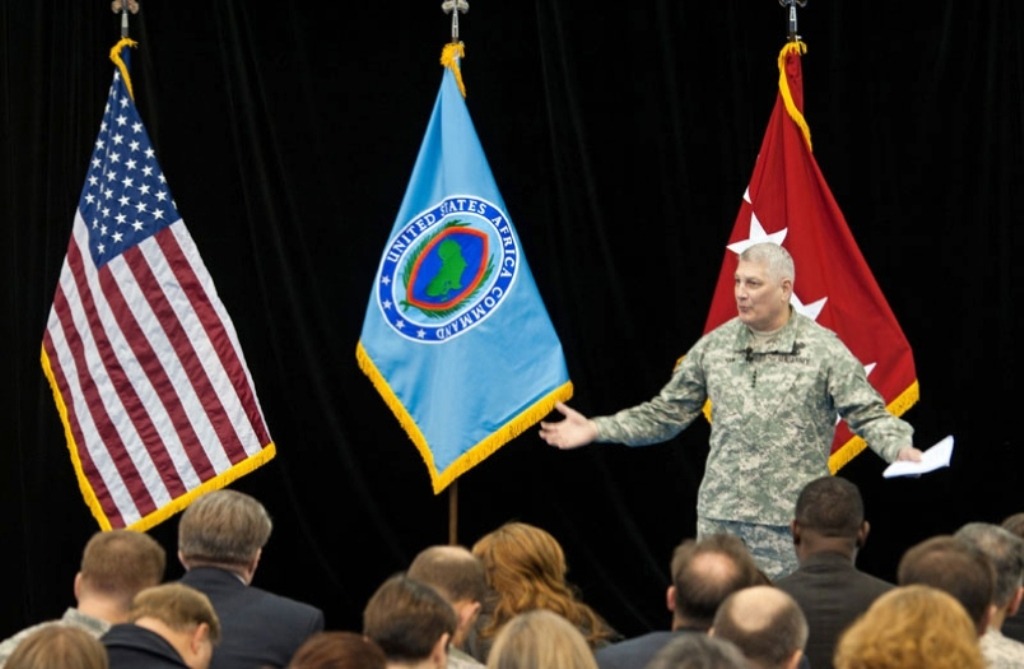 Djibouti (HAN) Jul 5, 2014 – Edited and reported by Dr.Abdulahi Mohammad Aboubakar. In the politically charged aftermath of terror attacks in Somalia and Kenya, it emerged that something crucial was missing from the structure of U.S. Africa Command: a rapid reaction force in the Horn of Africa.
The U.S. military has acknowledged having an expanded presence in Somalia, helping African and Somali government forces battle Al-shabaab Islamist insurgents.

AFRICOM boss Gen. Carter Ham said his command is now outfitted with a new capability. When asked, Why did it take so long for AFRICOM, which became fully operational in 2008, to get its own quick strike force like other Combatant Commands?

“It was just a matter of availability of forces, principally because of commitments in other parts of the world,” Ham said.

For AFRICOM, the stationing of troops on the African continent has long been a sensitive issue, which could explain the command’s reluctance to discuss the idea of a forward presence of Special Forces troops in Africa.

However a  spokesman for the U.S. Africa Command told VOA Africa program  that a “limited number” of trainers and advisers and a “small military coordination cell” are in Somalia to support African Union peacekeepers and Somali security forces.

Spokesman Benjamin Benson said the total number of personnel is small, adding that they have operated in groups that have moved in and out of multiple locations.

The comments come one day after Reuters news agency, citing an Obama administration official, reported there are up to 120 U.S. military personnel on the ground across Somalia.

That report said U.S. military advisors have secretly operated in Somalia since 2007, around the time Islamist militant group Al-Shabab began posing a threat to the government.

The Africa Command first acknowledged the U.S. military presence in Somalia in January. It said at the time that it had recently established a unit of advisors in the country that included fewer than five military personnel.