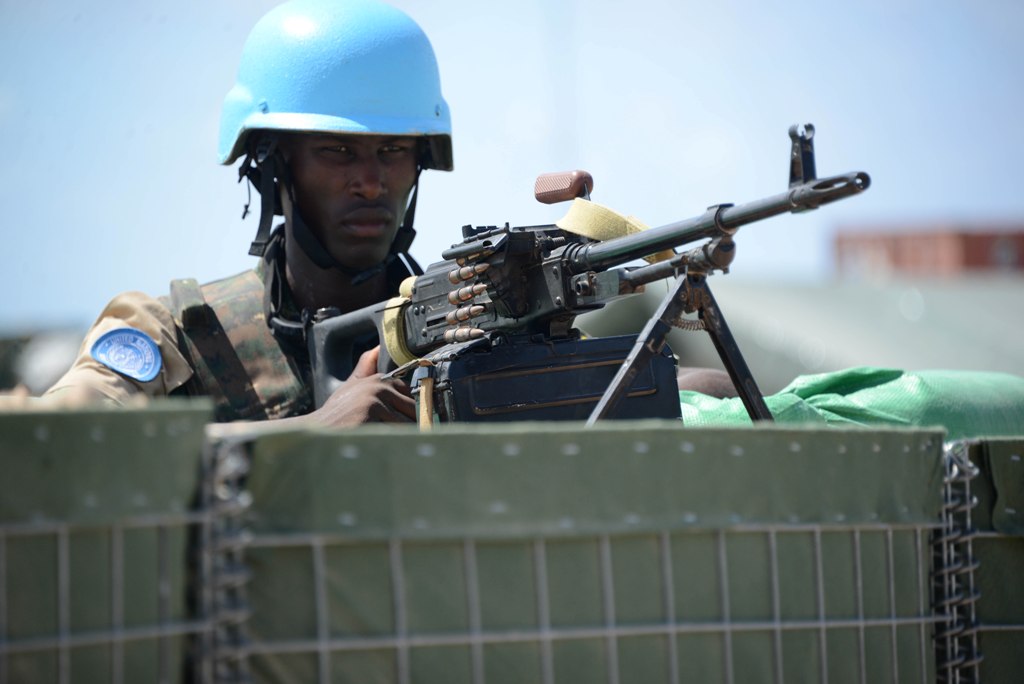 Mogadishu (HAN) December 25, 2014 – Public diplomacy, Safety and security News. Aleem Siddique, spokesman for the United Nations in Somalia, told reporters in Mogadioshu that, the U.N. staff are safe from Al-Shabaab attack African Union peacekeeping base in the capital Mogadishu.

Somali militant group Al-Shabaab claimed responsibility for the attack and said they were targeting a Christmas party at the base, which also houses several embassies and UN offices.

The AMISOM base is on the edge of the Mogadishu international airport of Aden Ade has a tight security cordon and blast mitigation walls. It is also used as a base for U.N. operations in Somalia. The airport area also houses the British and Italian embassies.
Somali militant Al-Shabaab spokesman said, “Our fighters have entered AU’s Halane base by force through the gate and now fighting is going on inside the base,” the spokesman said, adding 14 of the AU contingent had been killed.

African Union Spokesman Colonel Ali Houmed, a Djibouti officer,  said  AMISOM will provide an update  casualties and fatalities among AMISOM troops but added that three Al-Shabaab militants have been killed inside the Halane Compund and  AU troops are seeking to overpower another militants.

“They are hiding Halane base and we know where they are. We are surrounding them,” said Col. Houmed, who said the attack is expected to end swiftly.