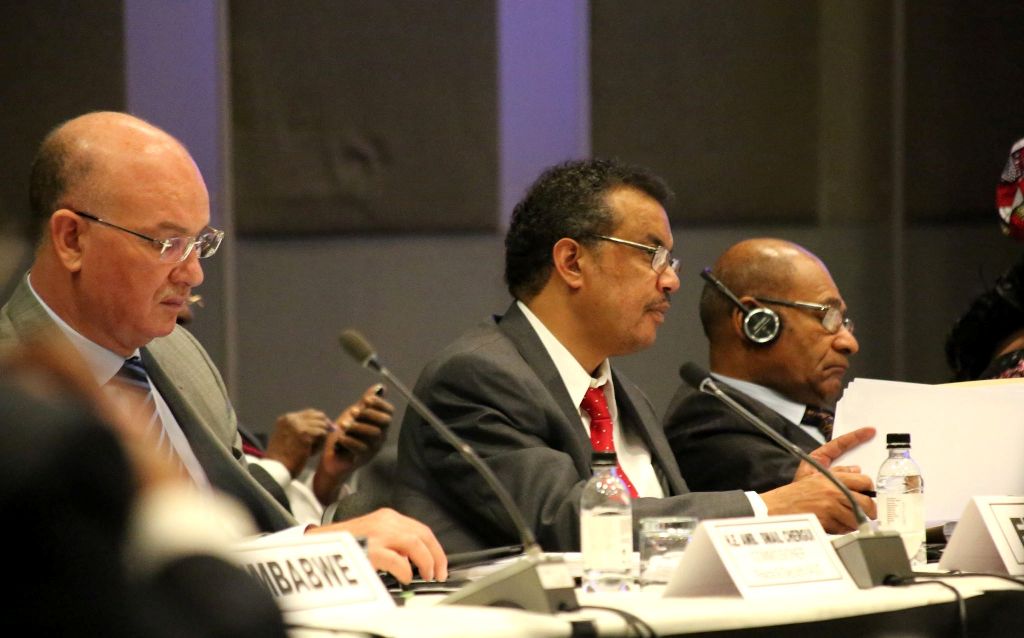 Mogadishu (HAN) January 13, 2015 – Public diplomacy and Regional Security and safety news. By. Abdulaziz Billow (VOA).  Foreign ministers from seven IGAD of the Intergovernmental Authority on Development met in Mogadishu Somalia to discuss political and security progress made in Somalia, as well as the country’s anticipated future  2016 election goals.

Somali President Mohamoud thanked IGAD member states for assisting in the stabilization of Somalia. Four members of the regional bloc have already contributed troops to the African Union Mission in Somalia, AMISOM. IGAD, have met in the Somali capital for the first time in nearly 25 years. The trade grouping’s talks focused on political and security progress made in Somalia, as well as the anticipated 2016 elections.

The 22,000 strong AU force is mandated with assisting the federal government in its war against the terror group Al-Shabab.

Ethiopian Foreign Minister Tedros Adhanom, who is the chair of the IGAD Council of Ministers said that the IGAD regional bloc and the international community have both witnessed the progress made by Somalia in the past couple of years and reiterated their commitment to the country’s security.

“And this is not just recognized by us, by IGAD as neighboring countries, but also by the international community. And what’s important now is to continue the march towards sustainable peace and development,” states Tedros.

Somali President Mohamud also thanked the international community and paid a special tribute to IGAD. “Following the positive developments over the past two years, achieved with the support of our international partners and in particular IGAD member states, we have to continue working together,” he says, “towards the implementation of the agenda on the federal government of Somalia’s political way forward.”

An IGAD Head of state summit is expected to be held in Mogadishu later in the year 2015.